However, our Head Coach will have to do without Paul Osew and Dan Csoka, the latter having suffered an injured shoulder while on international duty with Hungary Under-21s.

Robbo said: “Apart from Paul Osew and Dan Csoka, everyone is fit. It’s a shame because I would have loved to have got Paul involved. He’s done very well when he has played for us this season, but unfortunately he won’t be back in training until Thursday. He has a slight ankle problem, but the good thing is that it is not as bad as we thought it would be, and Dan’s shoulder injury is also not serious. They are two players I’d like to have played because they’ve both done really well this season. The injuries are both minor ones, but Ollie Palmer is also a slight doubt.”

Robbo will make changes for tonight’s game, but he wants to build momentum this month after Saturday’s superb victory against Oxford.

“It’s not a case of tweaking the team, it’s just putting players in that I trust,” added Robbo. “It’s a game that we want to win. There will be a certain amount of rotation, but it will be a side that can win the game. It’s about giving players who have already played this season that incentive to go and perform. We want to continue the good work from Saturday, so I’ve just got this continuous headache about who is going to be the next starting 11.

“It’s very important. The performances have been good, and I believe we’ve only lost seven in 29 games now. There have been a few too many draws, but we constantly look at how we can turn those draws into wins, and that consistency. That will only come through high performance. Elements of our performance on Saturday were really high and there were elements that we needed to work on. We’ve looked at both, so we will be looking for another high performance that will bring us the win.

“We are expecting another tough game against Portsmouth. At the end of last season it was one of the few games when we were slightly second best. Obviously, going down to 10 men didn’t help us after starting well. There will be some changes, but I will be looking to see how far we’ve come, and I want us to come out of it better this time.”

Tonight’s match at Plough Lane (7.45 pm kick-off) is our first this season in the Papa John’s Trophy, a competition in which we reached the quarter-finals last time out. Crystal Palace Under-21s and Sutton United are the other teams in our group with the EFL new boys having already put three points on the board with a 3-0 win versus the Premier League club’s youngsters.

We will tonight welcome back a man who played a major part in the rise of AFC Wimbledon with Simon Bassey now a part of Portsmouth’s first-team coaching staff. Of course, ‘Bass’ was a player for us in the early days after our reformation, before joining our coaching staff when Dave Anderson was our manager. When Simon left us in 2019 after 17 years he had worked under four managers, helped us earn six promotions as a player and coach, and had two spells as Interim Manager. 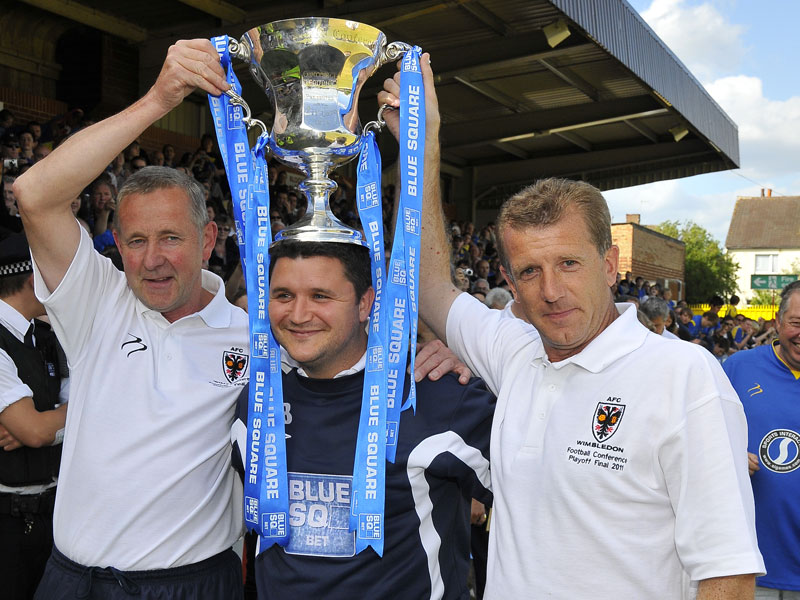 Dons supporters can buy tickets on the night for this game. Please see our previous ticket update for more information.