Sixteen-year-old Alfie Bendle maintained his successful transition into the senior game at the weekend, by scoring the winner for Corinthian-Casuals.

The former Brighton & Hove Albion and Lewes midfielder, who was offered scholarship terms by Wimbledon in pre-season after a successful trial, netted the only goal of the game nine minutes from time in the Isthmian Premier victory at Haringey Borough.

Fellow midfielder Elliott Bolton also played a part in the away win and the pair were involved in their FA Cup triumph last Tuesday, as Casuals saw off Worthing 3-1 in a first qualifying round replay. The young Dons duo could come up against another Wimbledon pair at Fetcham Grove in the next round this Saturday.

Defender Isaac Ogundere and midfielder Kwaku Frimpong – who figured in the first half - helped Leatherhead progress to a potential meeting, by beating Whitstable Town by a single goal in another replay last week. Ogundere came on as a substitute ten minutes after half-time in Saturday’s 4-2 defeat at Margate in the Isthmian Premier, while Frimpong remained on the bench.

Winger Dylan Adjei-Hersey helped Merstham to a 1-0 victory, away to Cheshunt in the same division.

Striker Corie Andrews found the net just after the half hour mark for Aldershot Town in the National League, only for it to be disallowed for offside as Neal Ardley’s Solihull Moors left with all three points from a 2-1 victory at the EBB Stadium. Andrews was substituted four minutes from time. Aaron Cosgrave was part of a Dover Athletic side that took a point from a goalless draw with Chesterfield at The Crabble.

Forward David Fisher completed 90 minutes for Hampton & Richmond Borough, in a 3-0 victory over Ebbsfleet at The Beveree in National League South. Defender Jack Currie provided an assist for Chris Whelpdale, only to see the effort chalked off for a foul in the build-up as Eastbourne Borough drew 2-2 at Hemel Hempstead Town.

Alfie Bendle (wearing 15) is pictured in our pre-season friendly against Scunthorpe United at Plough Lane. 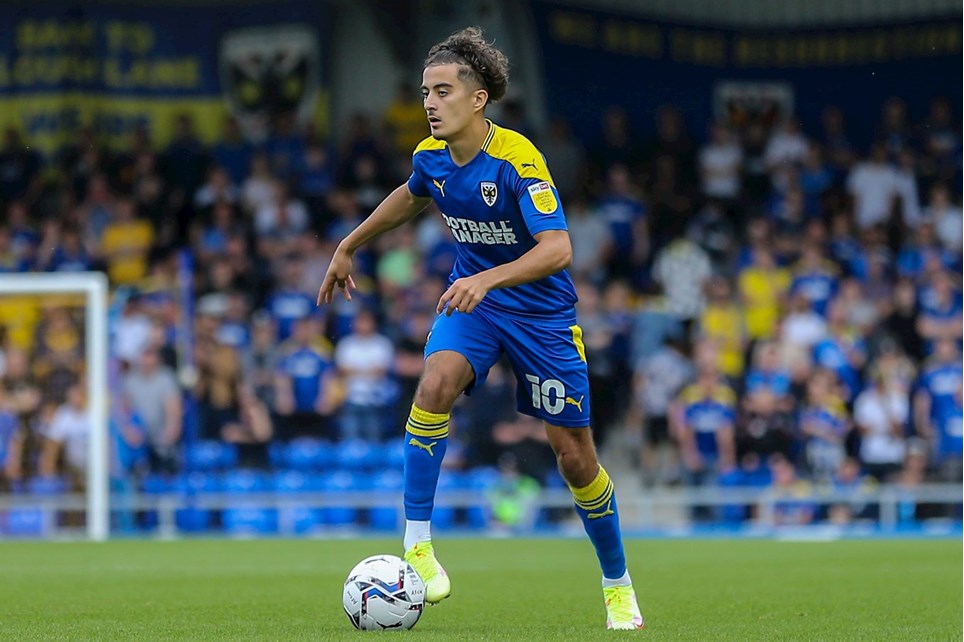 A fantastic move that deserved a goal!


A flowing 28 pass move on Saturday summed up the new-look Dons with Robbo at the helm! 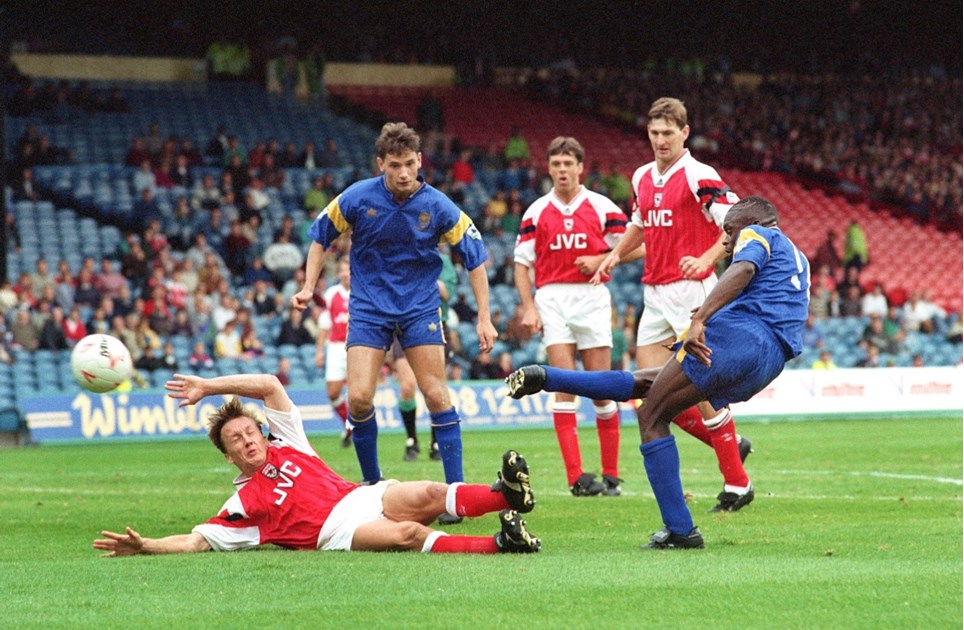 “A whole new ball game” – but the same old Wimbledon!


We’re counting down to our big Carabao Cup tie at the Emirates Stadium on Wednesday by recalling memorable matches against Arsenal from our top-flight years. 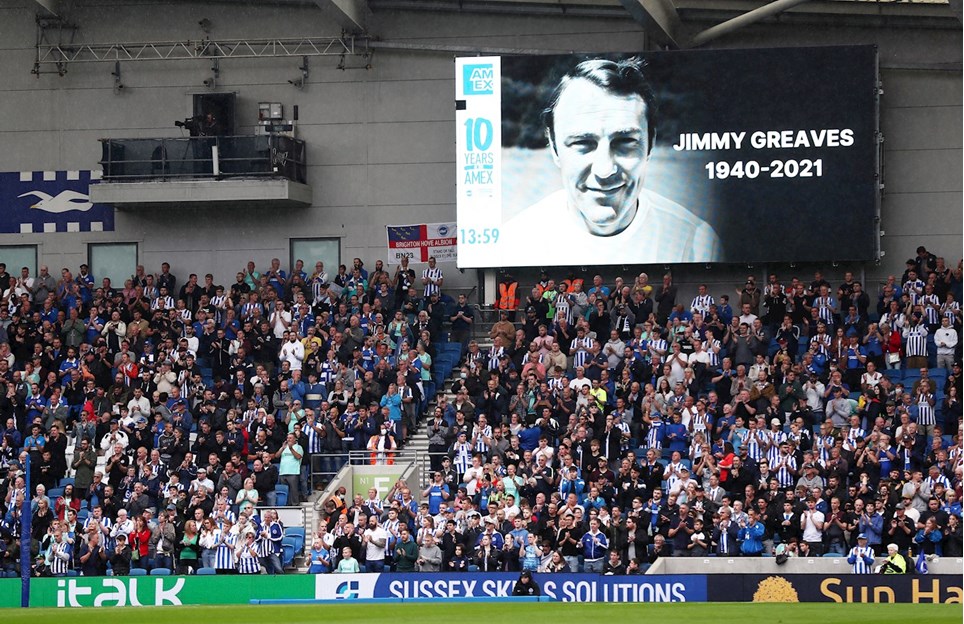 
All at AFC Wimbledon were saddened to hear about the death of Jimmy Greaves at the weekend. 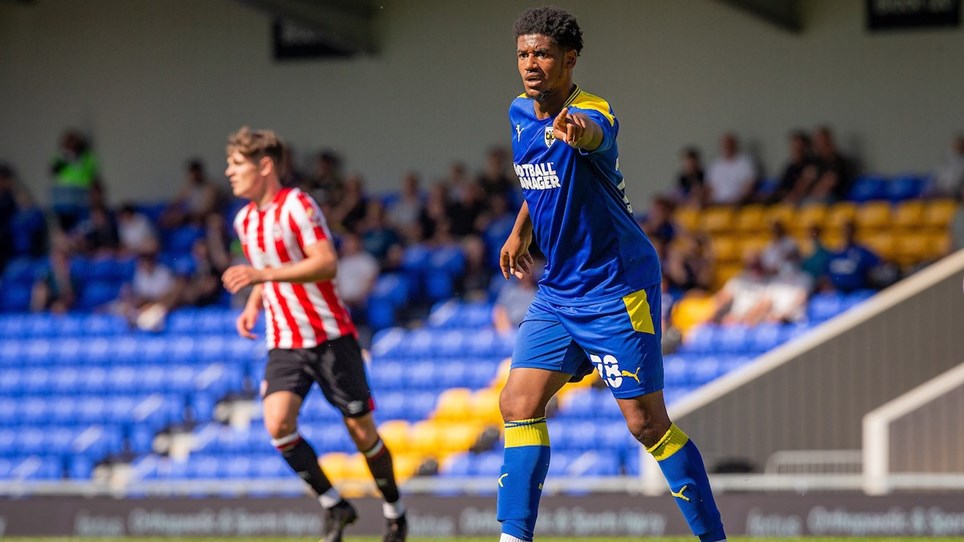 
Corie Andrews took his tally to five goals in just seven National League appearances with another brace for Aldershot Town on Saturday.