We were saddened to hear about the recent death of Dave Willis, who helped the Dons to FA Amateur Cup glory at Wembley in 1963.

Dave (pictured centre in the above photo) donated his kit from that memorable day to the WiSH (Wimbledon in Sporting History) exhibition, so his legacy will remain at the stadium for generations to come.

Mick Pugh, who knew Dave for many years, has put together the following extensive tribute to Dave and this is published in full below.

Dave passed away peacefully with his loving family around him, finally falling victim to cancer.

He wasn’t just one of my all-time football heroes, but a very dear friend I’ve known for many years. Always ready to support a club event, Dave would be the first on my list of invitations and he thoroughly enjoyed meeting up with old team mates and fans .

When my son Alex and I organised a fundraising event in the early days after we reformed, Dave and the 1963 FA Amateur Cup winning side attended “The Nostalgia Night” at The BBC Sports Club and after the event we were surrounded by fans for almost an hour, asking for autographs and talking over past glories.

Dave told me that the picture below was his favourite photograph and his proudest moment, being presented to The Lord Mayor of London at Wembley before our 4-2 victory over Sutton United. 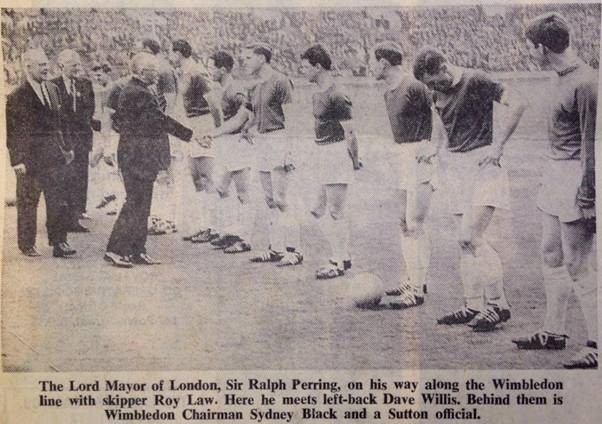 After that famous game - Eddie Reynolds scored four headed goals to defeat Sutton - the lads are pictured below, exhausted in the Wembley dressing room. Dave Willis is on the far right, next to John Martin. Captain Roy Law examines the famous trophy and Mike Kelly sits in the foreground. 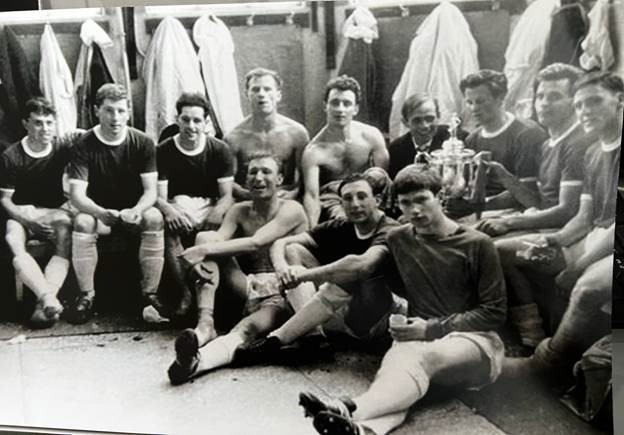 The Wimbledon side in the 1963 season was full of talent and several players were internationals in the amateur game, but the difference between the top amateurs and the professionals was so small that many of the Dons team were approached by top league clubs.

The restrictions on payments to top professionals often meant that top amateurs turned down those offers, for example Dave was approached by several London clubs, Bobby Ardrey declined offers from Bill Shankly to join his army team mate, Ron Yeats, at Liverpool and Roy Law turned down Arsenal because his mother insisted he finish his plumbing apprenticeship! Roy actually hated plumbing!

Dave stands to the right of goalkeeper Mike Kelly in the picture below. Now only Mike and John Martin remain of this great side. 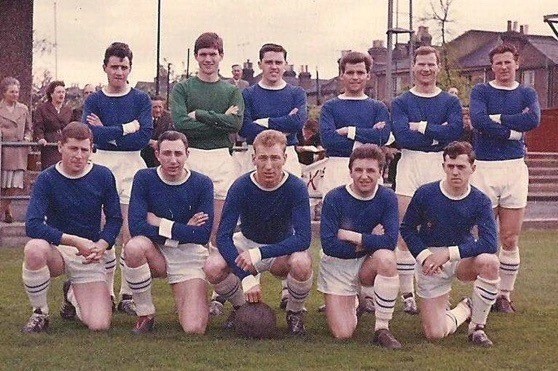 Both Dave and I were on the same experimental cancer drug and when we were interviewed by Michael Padmanathan, Dave insisted that we should be known as “The Enzalutamide Twins”. 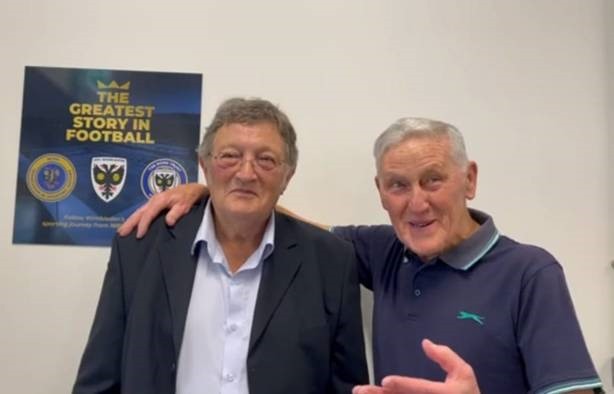 Many years ago, Dave presented me with his entire “1963 Wembley Kit” and said, “Mick, sell this when you want and raise some money for the club”. I refused and said, “I promise you Dave, that when we get our own museum it will be the very first thing you see as you enter.”

Well, here he is below in September last year, pictured in “The Greatest Story Museum”, proudly standing next to that very same kit, which had been under a plastic cover in my wardrobe waiting for this day.

His first words after he had seen it? “Mick, you kept your promise!” 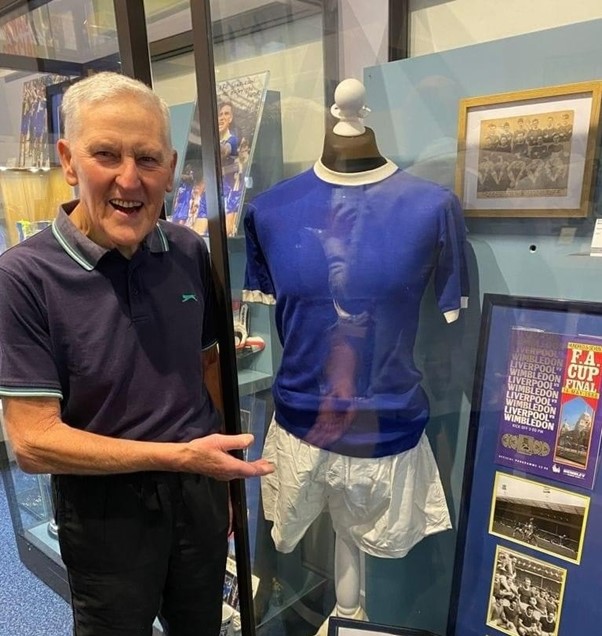 Dave was enormously proud of his time at Wimbledon and during one video recording he told me, “I’m actually part of the club’s history”.

However, apart from winning the highest amateur prize at Wembley, his past record with the Dons is remarkable. It included the following achievements:

One of the most enjoyable times for Dave was sharing memories with old friends and here Dave (pictured centre) meets up with Club President Dickie Guy, Director and former captain Ian Cooke, and fellow “Batsford Boys” Billy Edwards and Jeff Bryant in the Directors’ Box. 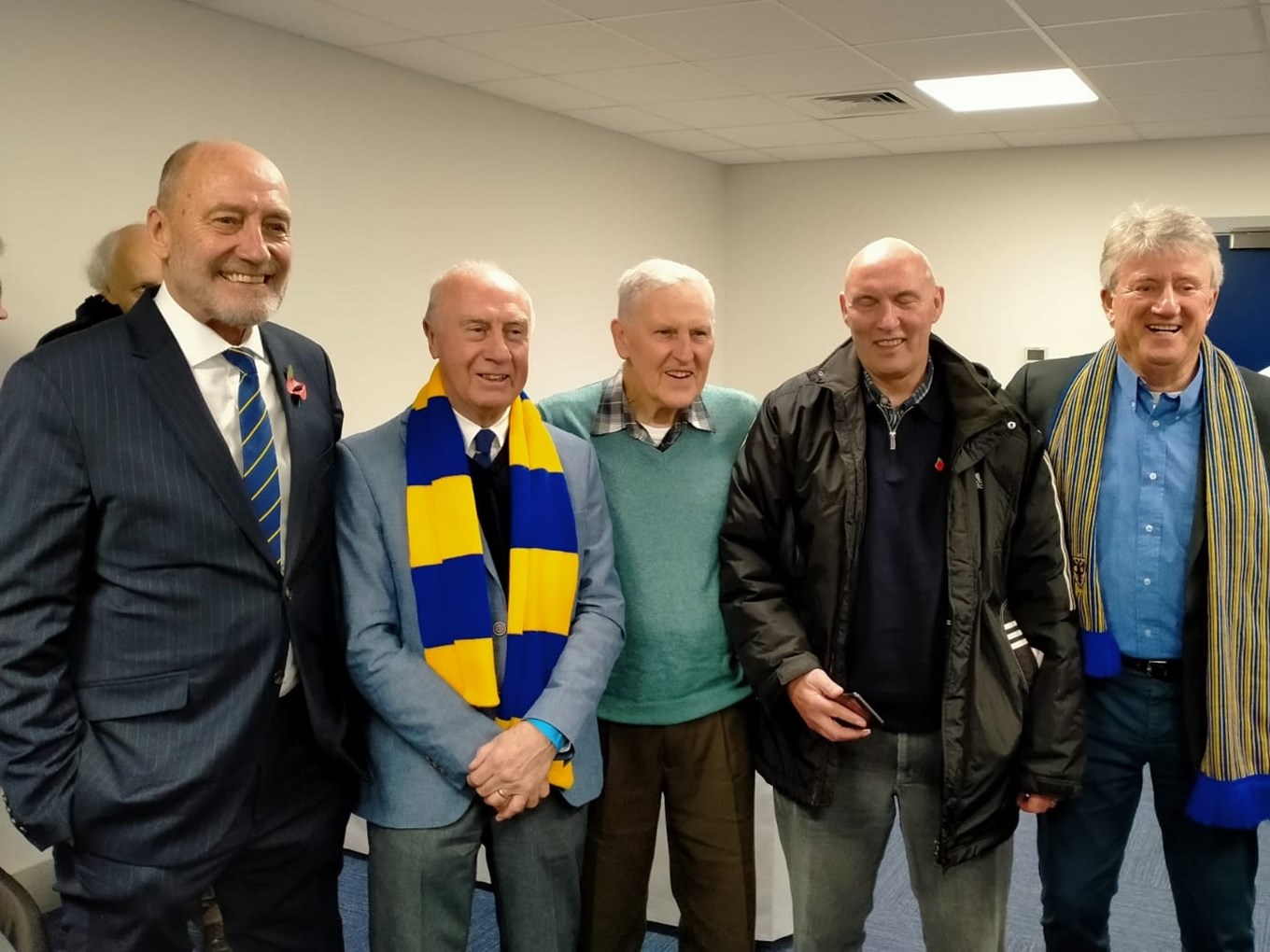 He even stopped a recording we were making to insist that I send it to his wife Christine as they were having a family “get together” and he wanted everyone to see it. Recently, I’ve had the pleasure of inviting his son Stephen and friend Millan into the stadium for a match and they were very pleasantly surprised at how prominent the 1963 history was with Dave’s full Wembley kit the first thing that they saw.

The picture below shows Dave with 1988 FA Cup hero Dave Beasant, both players having made vital contributions to a unique Wembley double.

Rather than move around other clubs when he left Plough Lane, Dave returned to carpentry and cabinet making. He also often worked with another recently departed Dons hero - Gerry O’Rourke – in his building business.

In spite of advanced cancer and the range of treatments that involved, Dave remained fit and very active. Just last year I called Christine and asked “Is Dave there?” After a moment she replied, “Oh, hang on Mick, he’s actually up a tree!”

He also played Walking Football and this became an immense enjoyment with new friends, new challenges, and a way of staying very fit for a man of his age. We often talked about his new club and it became clear that he relished the competition. As well as being voted Player of the Season by his club mates, Dave featured in an article about living with cancer for the World Cancer Research Fund. Dave commented that ‘Walking Football helps me enjoy life to the full”. 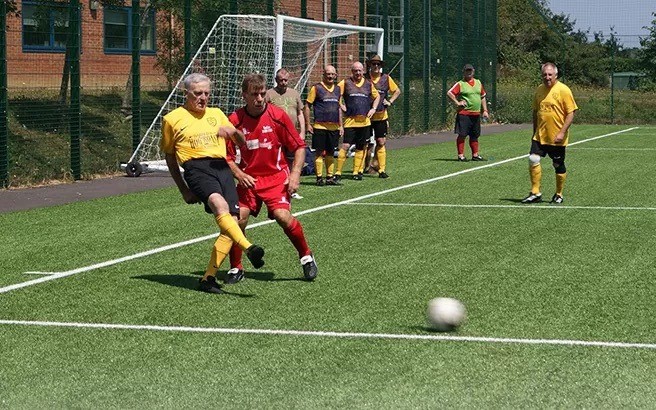 For all those who knew Dave, that sums him up nicely. Always ready to meet every challenge, always joining in with family and friends, and thoroughly enjoying every moment. He was rightly proud of the recognition he and his team mates have received in the exhibition room at our stadium.

Eventually, after excellent medical care, Dave found the treatment was unsuitable for him. He continued with radiotherapy and other advanced cancer treatments, but he sadly passed away on 13 April.

I will miss my dear old friend and his wonderfully positive approach to life more than words can say. My sincere condolences are offered to Christine, his wonderfully supportive wife, son Stephen and all his family and friends, including the players and officials at Bexhill Walking Football and Cricket Club, and, of course, everyone at Plough Lane.