Winger Dylan Adjei Hersey made his first team debut at the weekend, and he’s not the only Wimbledon player to have benefitted from time out on loan this season.

Adjei-Hersey (pictured above) joined Merstham in mid-August and extended his loan spell almost three months later with the Isthmian Premier club, before being recalled at the start of this month. He scored six goals during his first real experience of senior football.

After almost ten years in our Academy structure his big moment with the Dons finally came at the Highbury Stadium on Saturday, when he came on for his first-team bow towards the end of the game for Anthony Hartigan.

Defender Jack Currie didn’t kick a ball, but still had reason to celebrate with Eastbourne Borough. Results went their way, to book a place in the National League South play-offs for the first time since 2009.

Having been a regular starter for the Sussex club this season and committed to a new two-year deal with Wimbledon recently, both Currie (pictured below) and striker David Fisher figure in a non-league vote for the National League South young player of the season. Fisher came on for just under the last quarter of an hour for Hampton & Richmond in their 2-0 victory at home to Hungerford Town. 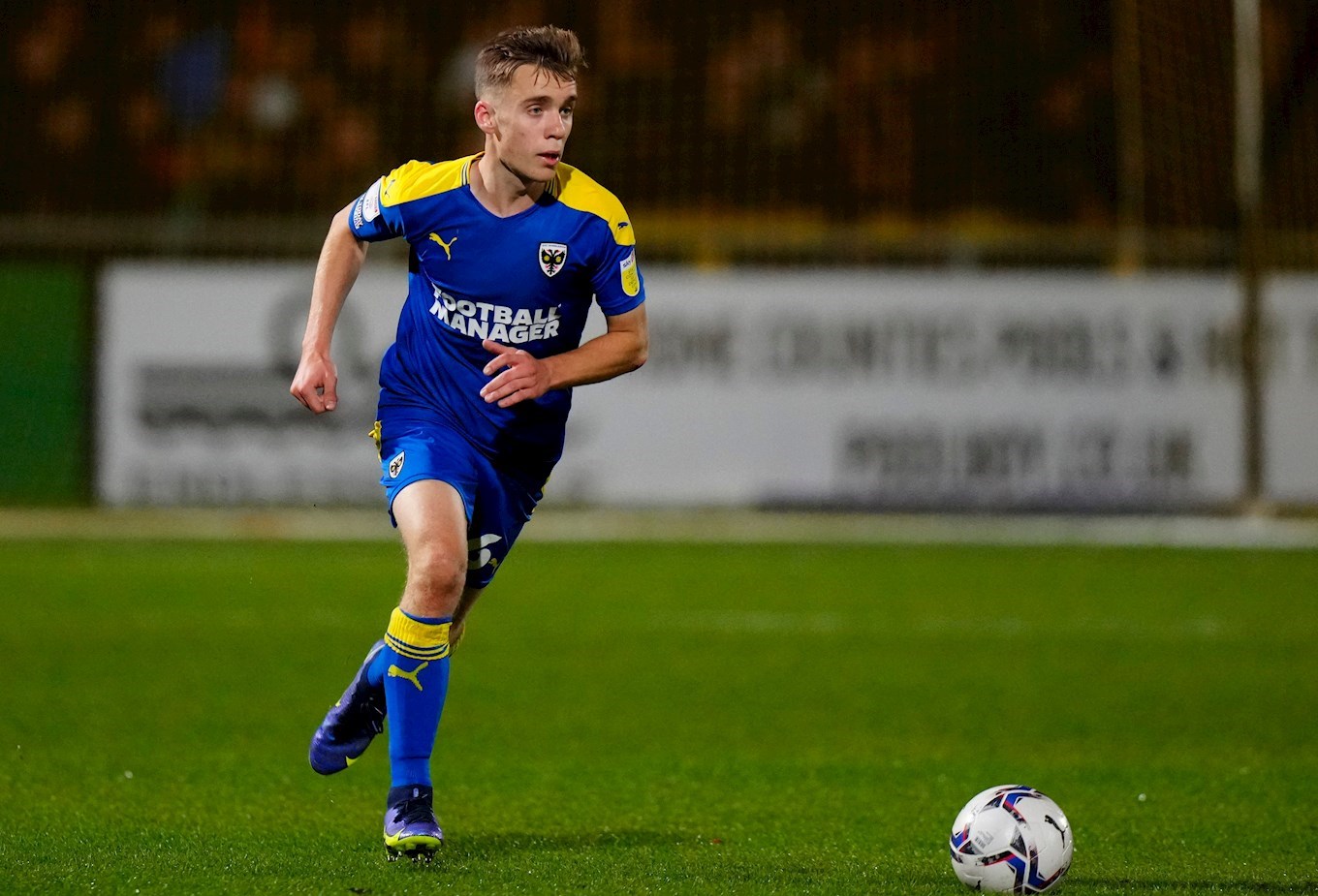 Goalkeeper Zaki Oualah helped Billericay Town to the Essex Senior Cup with victory over Bowers & Pitsea recently, but he's now focusing on pulling away from the bottom of the table. However, he was booked in the second half of a 2-1 defeat at home to Bath City, from which the visitors scored the winner from the penalty spot with just three games remaining.

Isaac Ogundere returns to the Dons having been involved in Sammy Moore’s turn around in fortunes with Potters Bar Town. The former Dons midfielder took charge at the end of January, with Potters Bar close to the Isthmian Premier relegation zone. Having secured the defensive attributes of Ogundere among several new signings, they finished the season in mid-table safety following a 2-0 defeat at Leatherhead.

Midfielder Kwaku Frimpong started this campaign along with Ogundere at the Tanners, but he finished a season of ups and downs with Carshalton Athletic. While it ended positively for Frimpong with a 2-1 victory at Merstham, it wasn’t quite that way for two of his Wimbledon colleagues - defenders Huseyin Biler and Josh Hallard. As a result, the Moatsiders finished bottom of the table.

Midfielder Alfie Bendle set up Corinthian-Casuals first goal with a superb pass in their 2-1 victory at Carshalton on Easter Monday. He completed a further 89 minutes in the 1-1 draw with play-off contenders Cheshunt on Saturday. During his time with the Tolworth-based club Bendle, and currently injured Elliott Bolton, contributed to Casuals best finish in the Isthmian Premier and their best run in the FA Cup for a number of seasons.

First year scholar Paris Lock wrapped up his time with Molesey by figuring in an Elmbridge derby at Cobham, which finished 3-3 in the Combined Counties League. Yet more vital experience of men’s football at such a young age for the Academy forward.