The high point of his two spells with the Dons was undoubtably when he helped us to achieve promotion to League One, via the play-offs at Wembley in May 2016.

Darius also achieved success elsewhere, most notably promotion to the Championship in 2020 with Wycombe - our visitors on Easter Monday.

Ahead of the League One match at Crewe on Friday, Rob Cornell spoke to Darius about his playing days and the start of his next chapter with Wimbledon.

Q – Why did you finally come to the decision to stop playing?

A - If I’m being totally honest, when I decided to sign for Wimbledon, the idea was that my role wouldn’t necessarily be playing. It would be in a kind of mentor and consultant capacity. If I was needed for playing, then I was fit for purpose as a back-up. As the season went on and now with the appointment of Mark and Eddie, it just made sense for me to completely make the transition and draw a line under my playing career. I want to add value in a different way, with regards to player development and culture creation.

Q - What kind of reaction have you had from your fellow professionals and other people in the game?

A – It’s always lovely to have the respect and love from your peers. I guess, at this moment in time, it hasn’t been that emotional for me because we’re still in the thick of things. In the summer, when everything has died down, I’ll take a moment to think about all the things I’ve been through to become a professional footballer, starting from the age of 10, and everything I’ve endured until now, at the age of 34. When the new season starts, and I’m not rolling out as a player, all those thoughts might bring up some emotion – I’ve no doubt about that.

Q - I was reading your Instagram announcement and how your mother had you at an early age and what it took for you to become a footballer coming from your background. Tell me about that.

A – Everyone has a story. My fondness for football came from providing an escape. It was also something I really enjoyed doing. My earliest memories were watching the likes of Zidane, Ronaldo, Andy Cole and Dwight Yorke and just the way in which they played the game – it just looked so beautiful. It did provide an escape and I found that trying to master new skills and manipulate the ball almost acted as mindfulness or meditation for myself. That continued throughout my career.

Q – You helped get us into League One in your first spell with Wimbledon. What does that still mean to you?

A – It means everything to me. My first time at Wimbledon was a great experience for a few reasons. Firstly, I was given a second chance because Bass brought me here from Burton, where I’d been injured for the whole year with a broken leg and a ruptured ankle. Trying to get fit was a struggle for me. When Bass brought me to the club, I felt it was my duty not only to repay his faith, but also to kind of get my career back on track. I took that with both hands and ran with it! Fortunately, we were able to get promoted at Wembley and from that group I’m in contact with pretty much everyone. Whenever you have a successful team, you tend to become a brotherhood.

Our supporters voted for Darius to be included in our “Team of the Decade”, and you can see the highlights of his first spell with Wimbledon below.

Q – At Wycombe you were faced at one stage with having to retire, but amazingly you came back and achieved a promotion with them. What memories do you have of that?

A - The common theme seems to be injury! I always said that I kind of had my greatest moments after coming out of adversity, like the phoenix that rises from the ashes, so to speak. I went through a really difficult time when I first arrived there. Being told the news that I should stop playing, for the betterment of my health and wellbeing, was a difficult pill to swallow.

I had worked so hard since the age of 10 and to have that seemingly taken away from me was tough. Deciding that I wasn’t going to retire, or I was going to give my all to become a professional footballer, was what I put my attention and focus into. Low and behold, all of that culminated in another successful promotion-winning season, which to date is my greatest achievement. Not materialistically, but mentally, emotionally, and physically. I really grew as a person through that whole year and my three years at Wycombe.

Q – Bearing in mind we’re due an Easter visit from Wycombe, the reception you got when we went there this season, and Bayo Akinfenwa will be retiring soon, it’ll bring up a few emotions?

A – Of course! I joked with Bayo and Matt Bloomfield the other day about retiring with the GOATS (Greatest of all time)! It will be nice to have my name mentioned with two of the game’s greatest participants. Matt Bloomfield has been at Wycombe for 19 years, which is an incredible achievement. Bayo has achieved incredible success with Wimbledon and with Wycombe, as well as being an enigma in the game.

It’s a privilege to say I’ve graced the pitch with them and to have had success with them, but also be a part of their story, as they are with my story. It will be a great day - one that I’m hoping we can get three points from – but outside of football it’s a beautiful thing to say that you shared some beautiful moments with people that you hold dear to your heart. 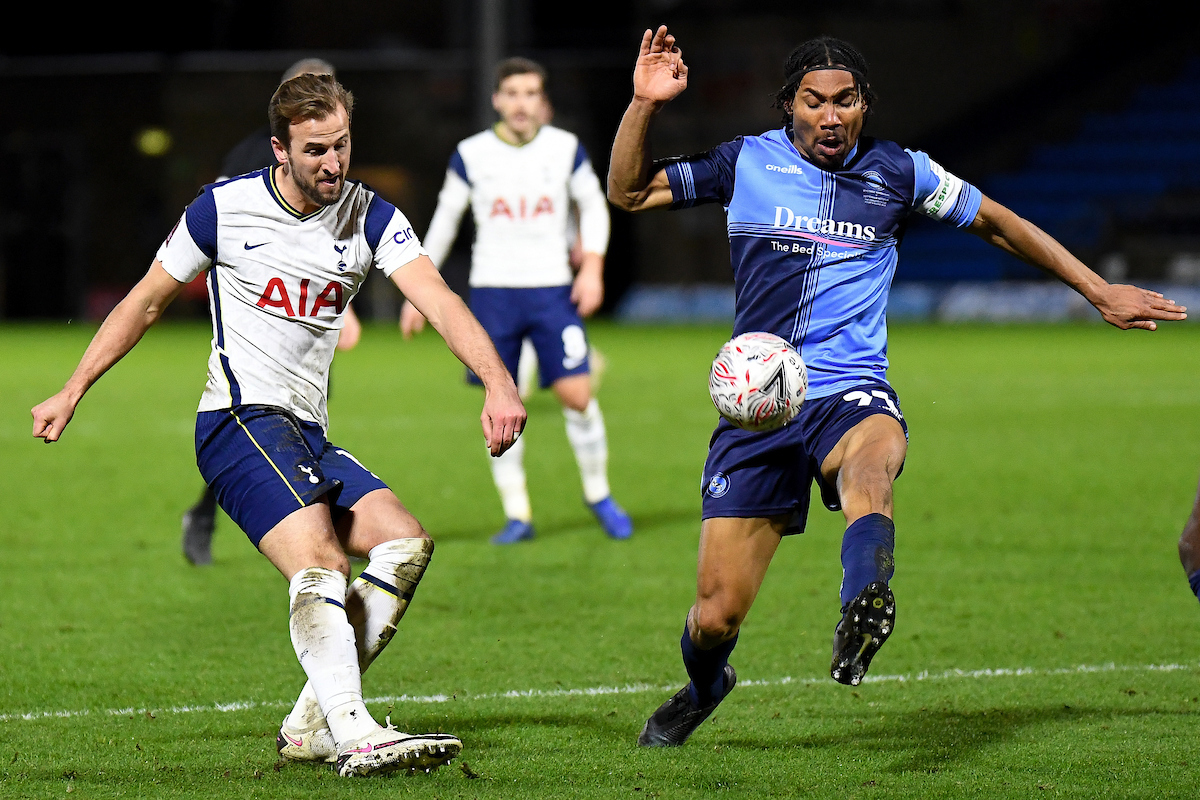 Q – I remember you turning up to training last pre-season and saying you were just coming for a look around! Mark Robinson must also mean a lot to you, as he got you back here.

A – Definitely. He’s a great man and I owe a lot to him. I wouldn’t be in football probably if it wasn’t for him. He’s someone that means a lot to me and has taught me a lot and shown me a lot. I’m sure this is just a bump on the road to the many successes he will have in and out of football.

Q – You’re still very much part of our coaching staff, so I guess your focus right now is on the remaining four games and keeping us in League One?

A – Yes, very much so. I’m chomping at the bit. To make sure that - now I have completely drawn a line under playing - that I can add something in a player development capacity. At this moment in time though, it’s not about me. It’s about the work that the coaches, the gaffer, and Eddie need to do to make sure that we keep our League One status. At this moment in time, I want to continue adding value, including having those conversations with the boys to make sure they are mentally and emotionally in the right place. A chain is only as strong as its weakest link and if someone is not pulling their weight, then that is the sum total of where the group is at. As for the psychological side of things, that’s where I can really show my worth. 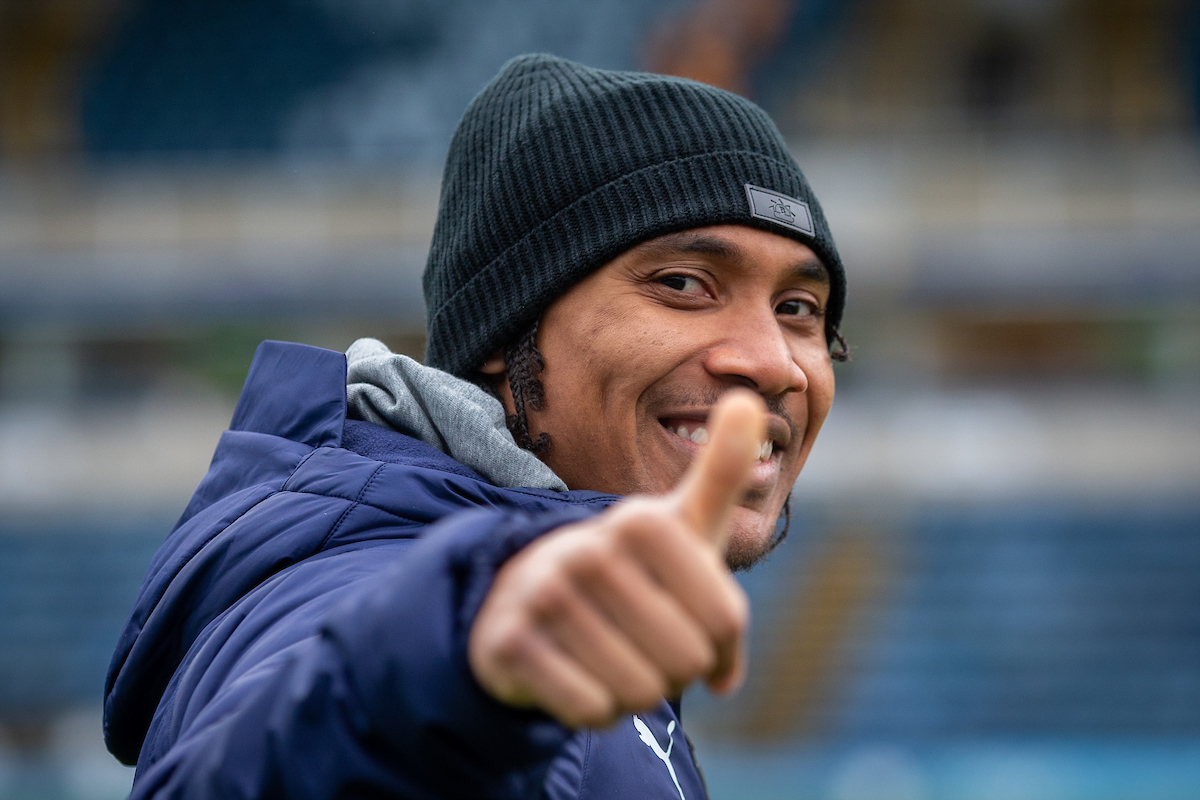 Q – How have you found it with Mark Bowen and Eddie Niedzwiecki as the new management team?

A – They’ve been fantastic, with their wealth of experience and knowledge of the game. What’s nice is they’ve incorporated us and made us feel we’ve had a vital part to play as a coaching staff. Also allowing us to bounce ideas off them, show them what we’re capable of doing. It’s been brilliant, considering the difficult situation we find ourselves in and the monumental task they find themselves of having to deal with. I’ve got nothing but great words to say about the pair of them and I’m really enjoying learning from them both.

Q – Along with your role with Wimbledon, you’re doing your badges. I get the feeling that you always like to keep learning.

A – Absolutely. I’m doing my UEFA B in the summer which will be great, with regards to my learning. I also have a real passion for developing players, for creating successful cultures, because my experience alone gives me a lot of experience. I’ve been a part of a Wimbledon group that’s created success, including at Stevenage, Burton and Wycombe.

I’ve learnt a lot along the way about how you create those kinds of environments I think it’s an incredible thing when you create an environment where everyone can thrive. Not just one or two people, but the whole group. From top to bottom, from club to volunteer. That environment is special where everyone is made to feel a valued part of whatever success that organisation creates.