Former fans favourite Anthony Wordsworth returned to the Dons in a different role for our last game, and it evoked memories of how he helped us to stay in League One almost three years ago.

Anthony, studying sports writing and broadcasting at Staffordshire University, was back with us for commentary duties with Radio WDON on our iFollow platform on Saturday. He reflected on the qualities that served us well to beat the drop in 2019.

“After the Luton game, we knew we were going to be all right,” said Anthony looking back on how we secured safety having been ten points adrift. “We still had a bit to do, but that was pure hunger and desire, just fighting for each other and team spirit. On another day, that game at Kenilworth Road could have easily been 10-2, not 2-2 in the end! Rambo (Aaron Ramsdale) made some unbelievable saves. There were a few cleared off the line! I’d like to see that sort of performance from the boys.” 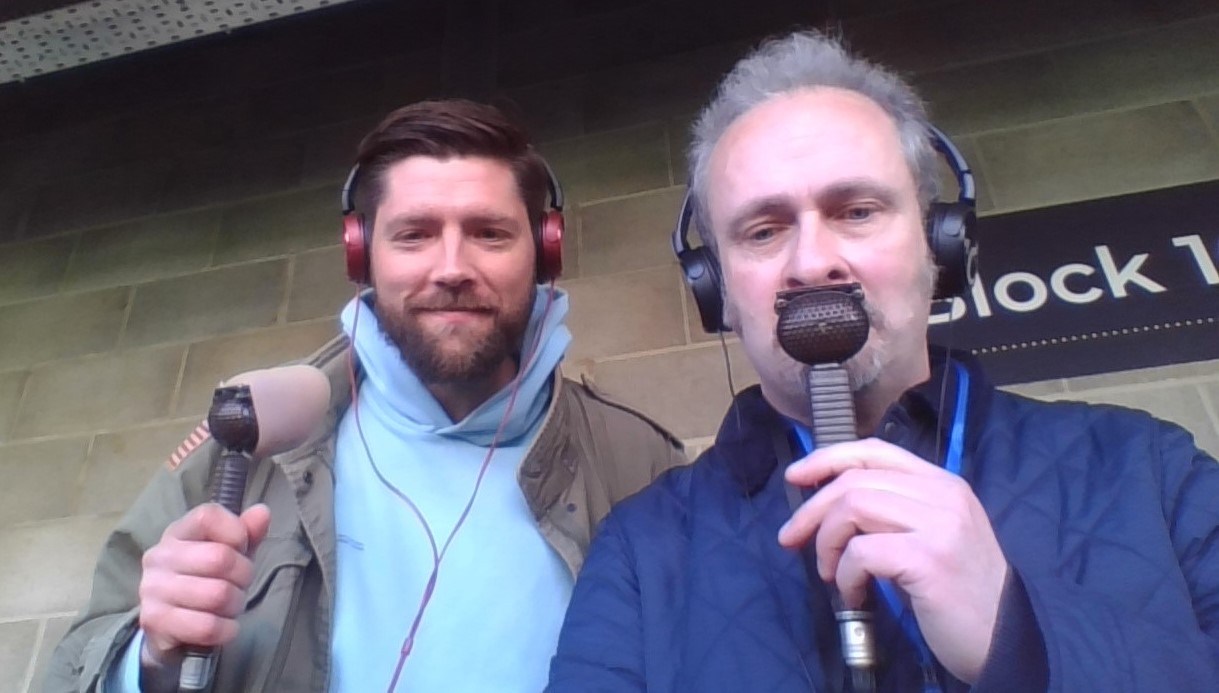 Anthony has seen us on more than one occasion this season as he’s kept an eye on his former club. He also saw encouraging signs on his latest visit to the Cherry Red Records Stadium.

“When I came to the first home game, I fancied us for promotion,” said Anthony. “That hasn’t been the case. There have been a lot of young boys come through and most of them are doing really well, but to have been on this sort of run is going to damage a season. I just want to see pure hunger, pure fight and the boys battling for each other.

“I saw enough on Saturday to convince me that we can stay up. We looked comfortable without the ball, and I was really impressed with how organised we were at the back and in midfield, especially first half. Everyone must keep believing and fight until the end, which I know are the key characteristics of any successful Wimbledon team.

“It’s unfortunate that Zach Robinson has been ruled out with his hamstring, as he looks like a young player with a chance of making it as a professional.”

Anthony’s own season has been briefly interrupted due to injury, but he should be back in action soon for his current side Waterford as they bid to return to Ireland’s top flight.

“It’s going well,” said Anthony. “We’ve got a new manager and the season has just started. I can’t complain, but I’ve got a slight injury having rolled my ankle. I’d been playing regularly, and I was doing alright. Hopefully I won’t be out for too long.

“As for my course, we’ll be graduating in September, and I’ve been enjoying it so far. It’s a little bit different from being in front of the camera! Callum Reilly and Kwesi Appiah are among my classmates, and it’s been a good laugh. It’s also difficult, I must be honest, but enjoyable.”