Mark Bowen was left feeling understandably deflated after AFC Wimbledon’s fate was sealed by a 4-3 defeat to Accrington Stanley at the Cherry Red Records Stadium.

The Dons came into this game knowing that a miraculous eight-goal swing was needed if their League One status was to be persevered against the odds.

Alas it wasn’t to be, and today’s result combined with an overall winless run of 27 league games has ultimately proved to have been decisive.

Reflecting in the aftermath, Mark highlighted what his side’s approach had been in the build-up to today’s match.

“After last week’s game (against Fleetwood Town), that’s when the raw emotion was there. Today would’ve had to have been an eight-goal turnaround. We were hopeful but we didn’t expect it,” he explained. “I had to concentrate on the game today more than anything. My message to the players was to head into the summer without the label of being a team that hasn’t won a game in so long.

“The players went into the game low on confidence. Words were said at half-time. It was mostly along the lines of ‘stop feeling sorry for yourselves and get out there and affect the game’. The group hasn’t been mentally strong enough during this winless run. The shackles were off in the second half and a lot of it pleased me. However, if I’m a fan standing on the terraces, watching that, it clearly isn’t enough.

“What hurts more than anything today was to walk round at the end and see the disappointment on the faces of the fans. That’s what hurts.”

The clear highlight of the match was first professional starts for Alfie Bendle and Dylan Adjei-Hersey as they joined a long line of youngsters that have been blooded into the first team set-up this season.

“I gave Alfie Bendle his debut and I think there’s no doubt that he will be a big player for this football club in the future,” said Mark. “Young Dylan (Adjei-Hersey) was also impressive.”

Looking ahead to what is to come, our manager was left in no doubt as to what our players, fans and staff should expect as we prepare to play in League Two for the first time in six years.

“The players have got to be ready for a long hard season. The mentality has to be better. And I’ll say it now – I see AFC Wimbledon as one of the favourites to bounce back. We’ve got to embrace that and really grow in confidence.” 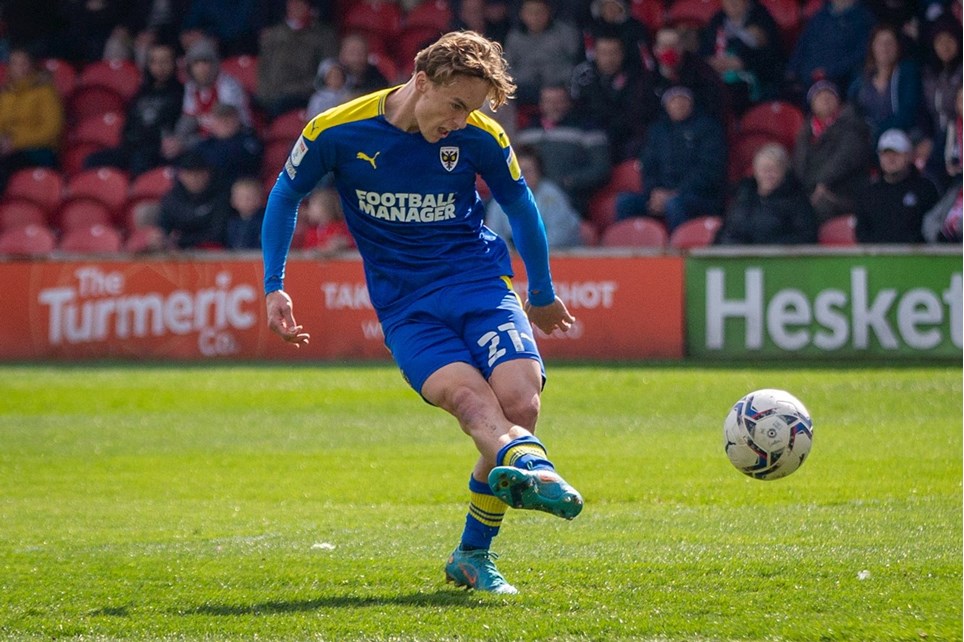 Mark: A real sense of injustice


Mark Bowen was left poleaxed by a controversial free-kick decision which all but consigned AFC Wimbledon to League Two football next season.