Kevin Gage played a pivotal part in Wimbledon's remarkable rise in the 1980s - and he last night made an emotional return to Plough Lane.

Kevin, who is pictured above with his father in front of our honours board, received  a warm welcome at a venue just around the corner from where he became a Dons hero.

Below is a photo of Kevin with the Division Four Championship medal that he donated to our WiSH (Wimbledon in Sporting History) museum.

After his visit last night, Kevin posted on Twitter: "Finally made it to Plough Lane! Thanks @ivor27 & @AFCWimbledon for your fab hospitality and new Plough Lane is indeed beautiful!"

Kevin, who scored in each division during Wimbledon's rise from the old Fourth Division to the First Division, now owns a hotel, bar, and restaurant near Sheffield and works on matchdays as a pundit for the Blades' in-house TV channel. 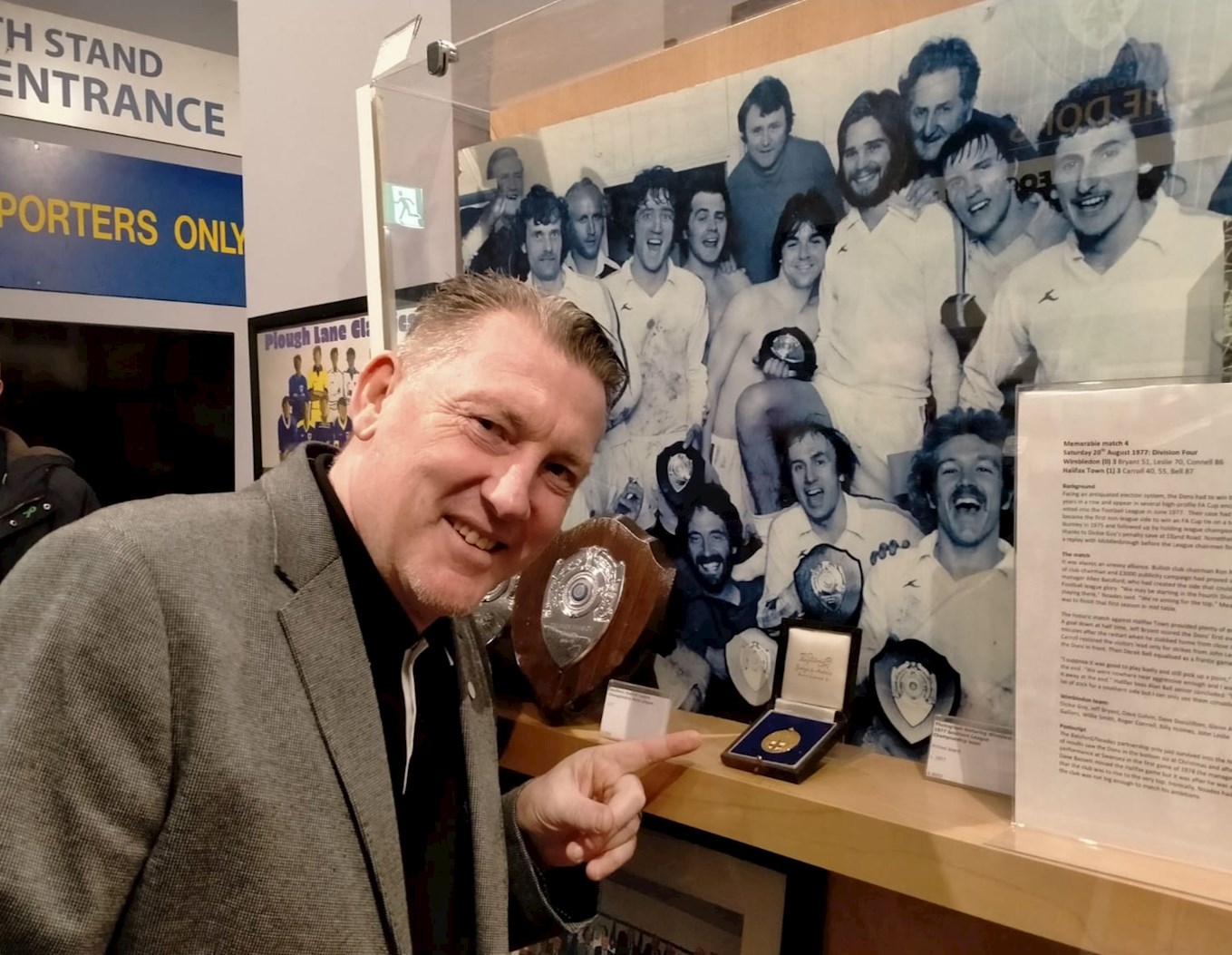