Taking on Sunderland this Saturday will bring back memorable matches from the past for Wimbledon fans.

Today, we turn back the clock to four matches that were firsts for different reasons, as recalled by Stephen Crabtree.

Both clubs were defying the odds when Sunderland made their first visit to Plough Lane 36 years ago. Tipped for an immediate top flight return, the big spending Wearsiders were flirting with relegation, while Dave Bassett's unfancied Wimbledon team were on track for a remarkable third promotion in four years. A second-half hat trick from the recalled Glyn Hodges ensured the Dons took another step towards Division One.

“There have been a lot of ups and downs in my time at the club so I don’t want to count any chickens, but this is a massive result in our quest to be promoted,” long serving striker Alan Cork said. “We are having fun and the attitude has not changed in my nine years here. Dave Bassett has put a bolt on the drinks cabinet but we will be having an enormous party if we get there.” Come May, as Sunderland secured survival, Cork and his mates were having an enormous knees-up.

By now established as one of the most powerful forces in the newly formed Premier League, the Dons were made to sweat as they hosted second tier Sunderland for the first time at Selhurst Park. A goal up after just three minutes, Wimbledon should have won comfortably but by half-time the Black Cats were level and it took another surge by the hosts, around the hour mark, to take the lead again. The visitors refused to lie down and could have equalised in a frantic finale.

“They made us work extremely hard,” said relieved centre back John Scales. “I think we are all just glad to be through to the next round.” He also revealed that he had backed himself to score the first goal at 40 to one. “I bet £20 on myself and a few of the other lads joined me as well.” Knocked out by Manchester United in round five, the Dons were to finish 6th in the Premier League that year. 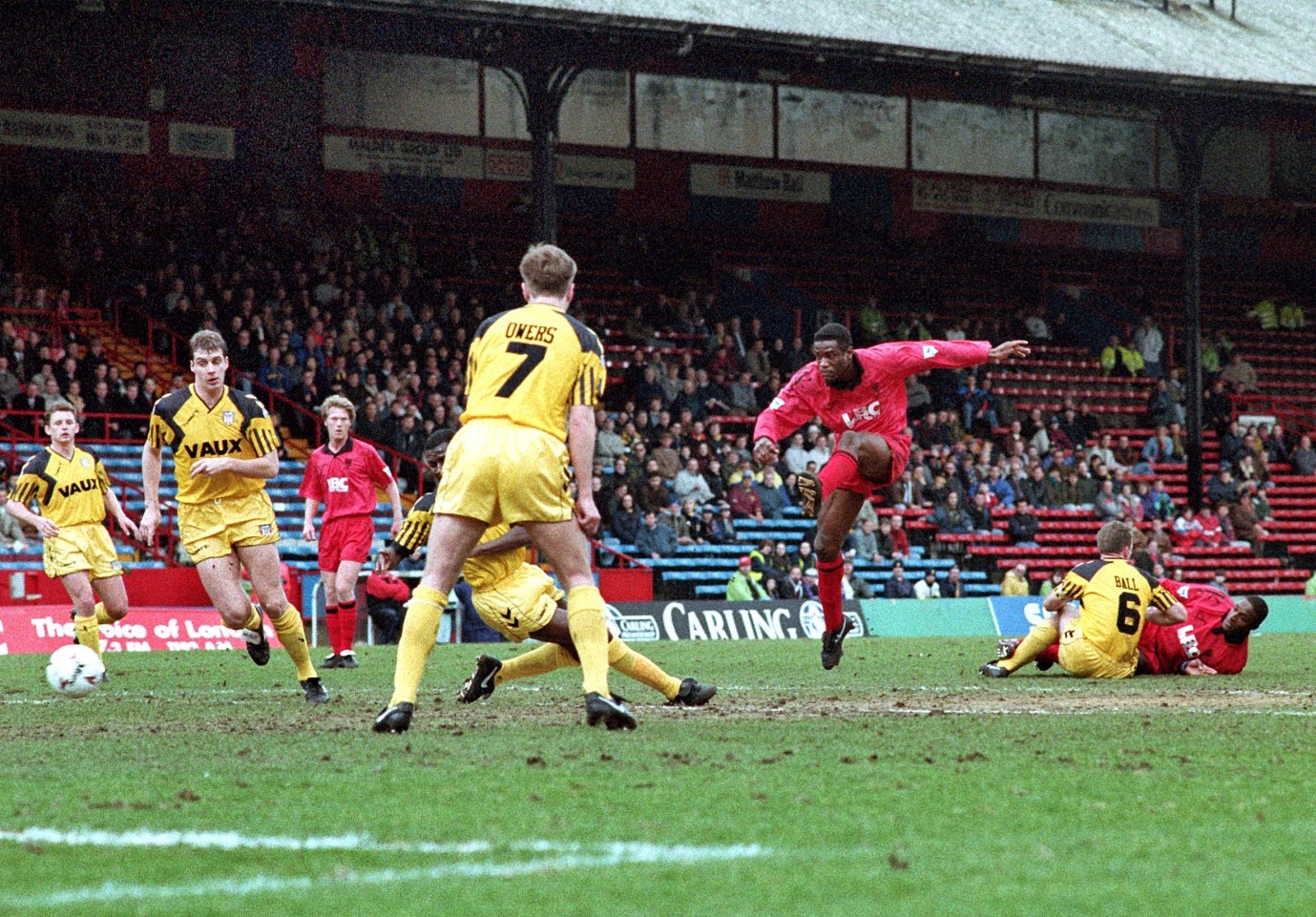 Making their first appearance at the Stadium of Light, Wimbledon could not halt a disastrous run of results that was sucking them down towards the relegation trap door. Unable to cope with the brilliant Niall Quinn who scored the first and set up Kevin Kilbane’s late winner, the Dons crashed to their fourth straight defeat. “Everyone knows about Quinn’s aerial power but he has great feet,” Sunderland boss Reid said. “We only just deserved it as Wimbledon came back strongly today.”

“Quinn caused us a lot of problems,” Egil Olsen admitted. “It was disappointing not to come away with something. Wednesday will be a cup final. If we win that we will be safe.” The Dons boss was referring to a relegation six-pointer against Sheffield Wednesday that his team went on to lose. After 14 years at the top, Wimbledon were about to toss their precious Premier League place away. 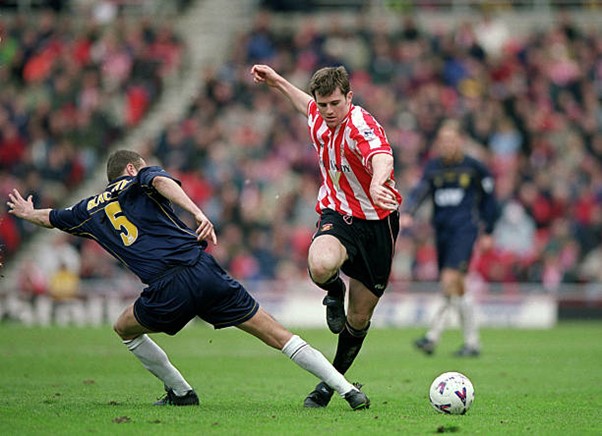 Lee Cattermole's second-half double ensured Sunderland's inaugural visit to Kingsmeadow was victorious. Having fallen behind to Joe Pigott's ninth-minute opener, the Black Cats surged back after the break to win. Successive relegations have seen the proud North Easterners fall from grace, while AFC Wimbledon were enjoying their third year in the third tier.

“It will be in the record books as a 2-1 defeat, it will not be in there saying that we played well,” manager Neal Ardley commented. “I just said to the players, ‘let us not feel sorry for ourselves’. We are a really good team, we have to stick to what we believe in. We have to keep doing it.” But Ardley was destined to be sacked that autumn and the Dons only survived relegation on goal difference. By contrast, Sunderland missed out in the promotion play-offs.

Supporters can get their hands on a new pictorial history of the club at Saturday's game versus Sunderland.

From the publishers of The Historical Don, It Only Took Nine Years chronicles our remarkable journey from the Combined Counties League with around 400 carefully captioned photos. Priced at £10, it will be available to buy outside the ground before the game on Saturday.