Hornsby House School, just down the road from our Plough Lane home, edged out Cheam Fields in our Kids Cup Final. The AFC Wimbledon Foundation event was held at the training ground – and now the boys from Wandsworth are just one step away from a final at our national stadium.

Mark Peters, Deputy Head at Hornsby House School, said: “It was a good competition and our boys played well. They play for our ‘IT Legend’ and I will give him a shout out – Gary Sanders! He is a massive AFC Wimbledon fan and shareholder and a couple of our players actually play at the academy here as well. It means a lot to them and the new ground is only about a mile from the school too. We’ve had a great day, so thanks to Andy and all of the staff here for organising it. These type of events only happen with a lot of hard work.”

The annual EFL Kids and Girls Cup competitions were launched earlier this season by former England internationals Jack Wilshere and Karen Carney. Local tournaments are held up and down the country by EFL clubs, providing an opportunity for 22,000 boys and girls to play football and forging stronger ties with the community.

Mark added: “Wimbledon are the local team for us, but we have a lot of Chelsea fans, so it would be nice to convert them to AFC Wimbledon! Something like this when we’ve had a bit of success and had a great experience will hopefully spread the word in our local community.”

Andy May, our Foundation's Education & Sport Manager, said: “This came off the back of our larger tournament that we held in December, which 34 schools attended. It is growing every single year, which is really pleasing, and from that tournament eight teams came down to the training ground for the final. It has been really enjoyable and competitive football, played in the right spirit, so that’s been great.

“Schools representing us have won it three times, once with Corpus Christi and twice with Cleves, so we’ve got a great track record in the competition. Our boys will go forward to the Southern Regional Finals, where they will take on teams from other League One clubs. If the boys win that they will be off to Wembley, so hopefully it’s another opportunity to get some silverware.” 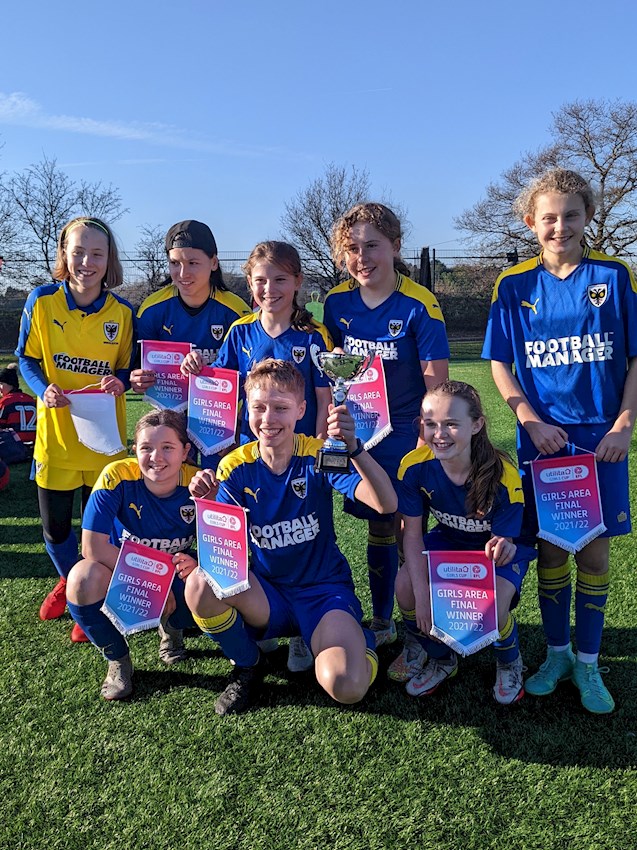 Earlier this month there was a notable success this month for the school representing AFC Wimbledon in the Girls Cup with Surbiton High School winning the EFL Regional Final at Charlton Athletic’s training ground.

Zak Elbekri, Surbtion High School PE teacher, said: "We are extremely proud of the manner in which the girls have progressed through to the next stage, playing fantastic football throughout!"

Kasha Petit, Female Development and Inclusion Officer at AFC Wimbledon, added: “It was great to see some lovely football displayed and smiles on faces as the girls enjoyed the experience and occasion after almost two years since the last Area Cup Finals, which Surbiton also previously represented us in.’

Surbiton High School will now go through to the Regional Finals at Swindon in February.

Take a look below at Rob Cornell's video from the EFL Kids Cup.