We recently spoke to Paul Kalambayi about his comeback from injury, progressing through the ranks at Wimbledon – and even improving his language skills!

Back To Plough Lane Programme Editor Chris Thorpe’s interview was due to be published in a recent programme before the game was postponed, so we’ve reproduced it on the official website.

Of course, we announced earlier this week that Paul had signed a new contract with us, and the Q&A with Paul is reproduced below.

Paul, sadly you’re on the sidelines right now through injury. How is your recovery going and what have you been doing to keep yourself busy?

My recovery has been going well. In terms of keeping myself busy I’m multicultural when it comes to languages - I can speak several different languages. At the moment I’ve been looking to improve my Spanish to help take up some time and I’ve been watching a lot of football in an analytical way.

I’ve made a playlist of all my games, so I watch them to keep myself happy, including the goal against Portsmouth earlier this season. The technique was absolutely superb, and it reminds me of the striker that I was when I was 16! So, I’ve been keeping myself occupied in between going to the training ground to continue my rehab.

You made your EFL debut back in 2019, but does it feel like everything has gone so quickly for you so far at the club?

Definitely, it feels like time has gone so quickly. But saying that I feel like I have improved and learnt a lot because when I first came through the youngest player was Will Nightingale, so learning from the more experienced players back in the day has really helped me and I think that’s why I am where I am now.

You came into the first team on a regular basis during the ‘Great Escape’ season and formed part of a back three alongside Terell Thomas and Will Nightingale. What was that experience like for you at such a young age?

For me, I had been preparing myself for that occasion, so when the gaffer (Wally Downes) told me that I would be involved I couldn’t stop smiling. He was asking me why I was smiling and I just said, “it’s because I’m excited!” It was what I had been waiting for so I just went out there and showed everyone what I could do for the team.

Playing in a back three was something that came naturally to me because Mark Robinson utilised it a lot in the youth team. Often I played at the centre of the back three, but in the first-team I played on the right side, so it was a good experience to take on that I was already prepared for in some ways.

I was buzzing for every game during that season because I couldn’t wait to represent the club, so I don’t think I fully recognised and took on board the position that we were in. For me, it was more of a challenge because everyone had written us off, so we just had to go out there and prove everyone wrong.

I remember we went on a run of keeping four clean sheets in a row and then when we got to the last game, the gaffer got me, Will and Terell together and said, “if you don’t concede today, you keep the club up”, so that was the minimum requirement going into that Bradford game. It didn’t really hit me until that moment, but thankfully we achieved it and overall it was a great experience. 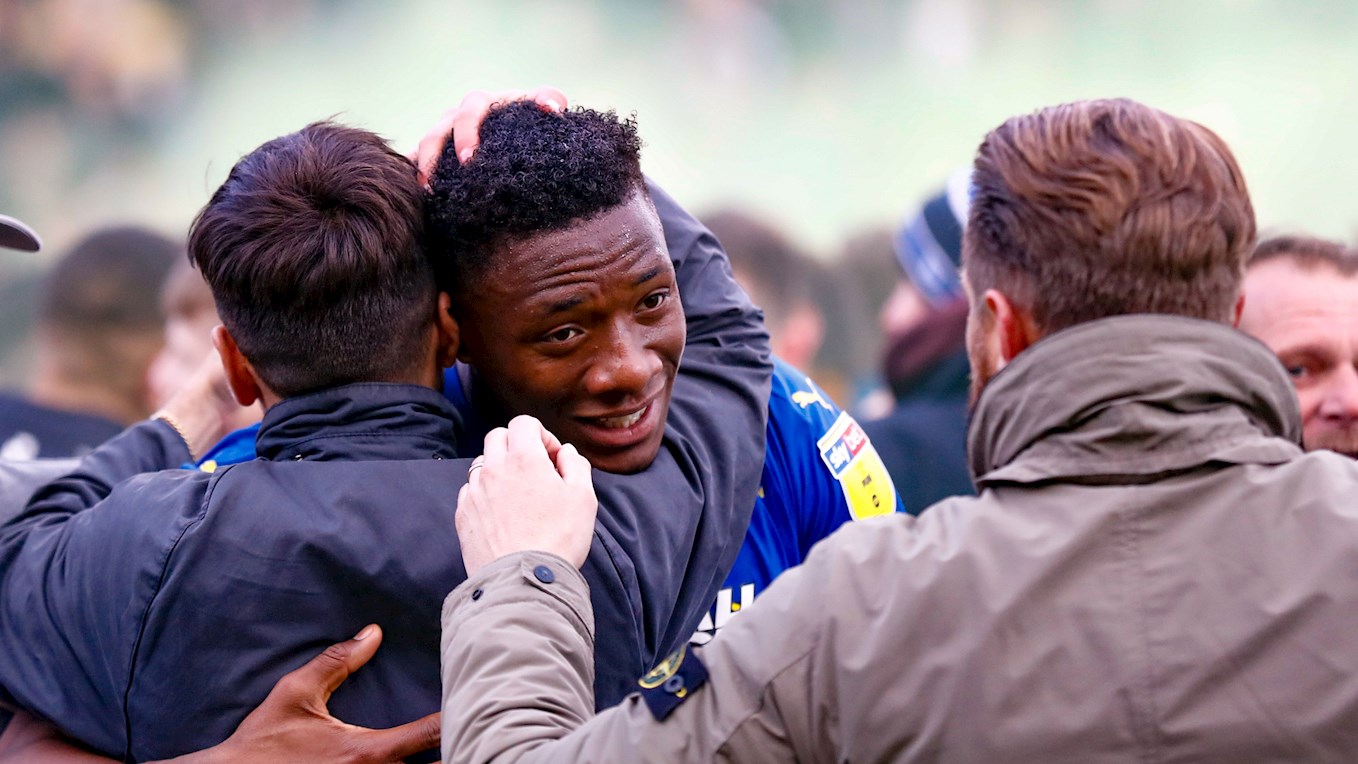 You were previously captain of the Development Squad earlier in your career. What would you say makes a good leader and do you feel like you have taken on more responsibility in recent years?

I think the first time I learnt about what it takes to be a good leader is when we won the League Two play-offs. Obviously, we had a lot of leaders in that squad like Paul Robinson, so I used to watch him and take in all sorts of information in order to improve my game. He wasn’t the quickest of defenders, but he always used to be in the right place at the right time because of the way he organised the defence through his communication.

In the youth team Mark Robinson also encouraged us to communicate a lot and that was something that won us a lot of games. When I got together with Reevesy (Alan Reeves) he made me captain at 17, so I knew that I could kick on. It’s part of my game now and it comes natural to me, so I just give my all to help the team and try to ensure that we don’t concede.

I interviewed Paul Osew previously and we discussed the great friendship that you guys have. How did you find the experience of reconnecting with Paul when he came here?

It was a great moment! I was probably one of the only players at the club at that time that knew just how good Paul is and could be. So, when he went and proved it in the youth team, I knew he would do it in the first team further down the line. I kept telling him to keep his head down in order to learn from the opportunities that he was afforded and to go and show everyone what he can do.

Since then he has been excelling and from watching him this season, especially over the past couple of weeks, it is easy to say that he has been a revelation at right-back. Considering that he had never played in that position before, it just goes to show how much he is learning, and I am really happy for him.

He has been looking out for me since the injury, he came round to my house twice and he keeps encouraging me because during the first two weeks I was in a very bad place because I could hardly move, so that was challenging.

I’m usually very mentally tough, but I needed the support and Paul has really helped me but not just him, even some of the young academy players have sent me messages of support to help keep me going, so that was very helpful and encouraging. The Dons Trust and the management team have all supported me throughout my injury too, so it just goes to show how together we are as a club, and it shows that we all want to be there for each other. 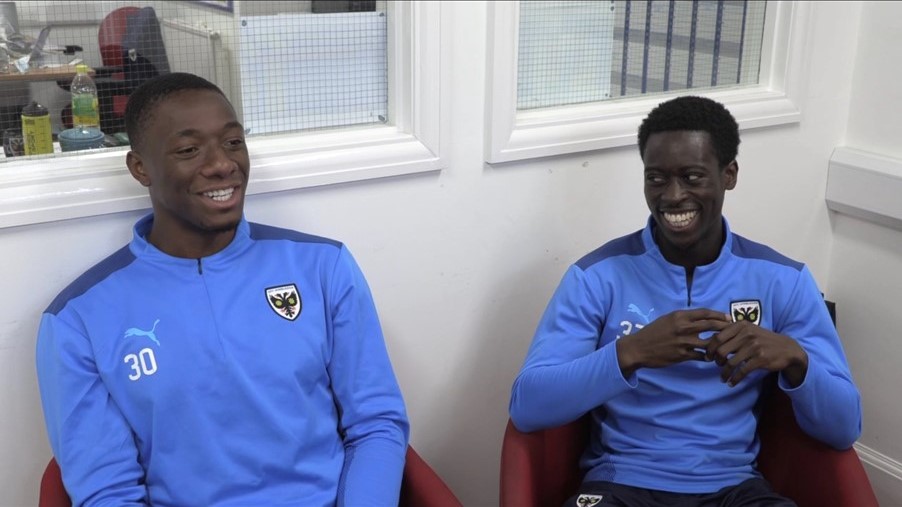 You play in quite a competitive position of our squad. Would you say that the fact that you worked with Robbo earlier in your career has helped you to gain the edge in the battle for a starting spot?

Not really, because everyone gets an equal chance from pre-season onwards. You just have to go out there and prove that you’re the man for the job.

At the end of the day, it all comes down to what the manager’s decision is. I feel that every centre back in the squad has made a good case. And for me, I’m a team player, so if I don’t get picked, I look to support my teammates no matter what.

Whatever happens you need to aim to be more selfless as I know my teammates would do the same for me if they were in my position.

Unfortunately, you have had a few injuries over the last few seasons. How have you learnt to cope with that mentally?

I have found this injury the most challenging because it is the longest amount of time that I have ever been out. But I always say to myself that because I have come back from injuries in the past, I can come back strongly from this.

I’ve learnt to turn it into a positive. I see it as more of a character-building phase rather than a bad phase. So even though I think I’m mentally tough, this will take me to a different level.

There’s a lot worse things that are going on in the world, so I always look for the positives. 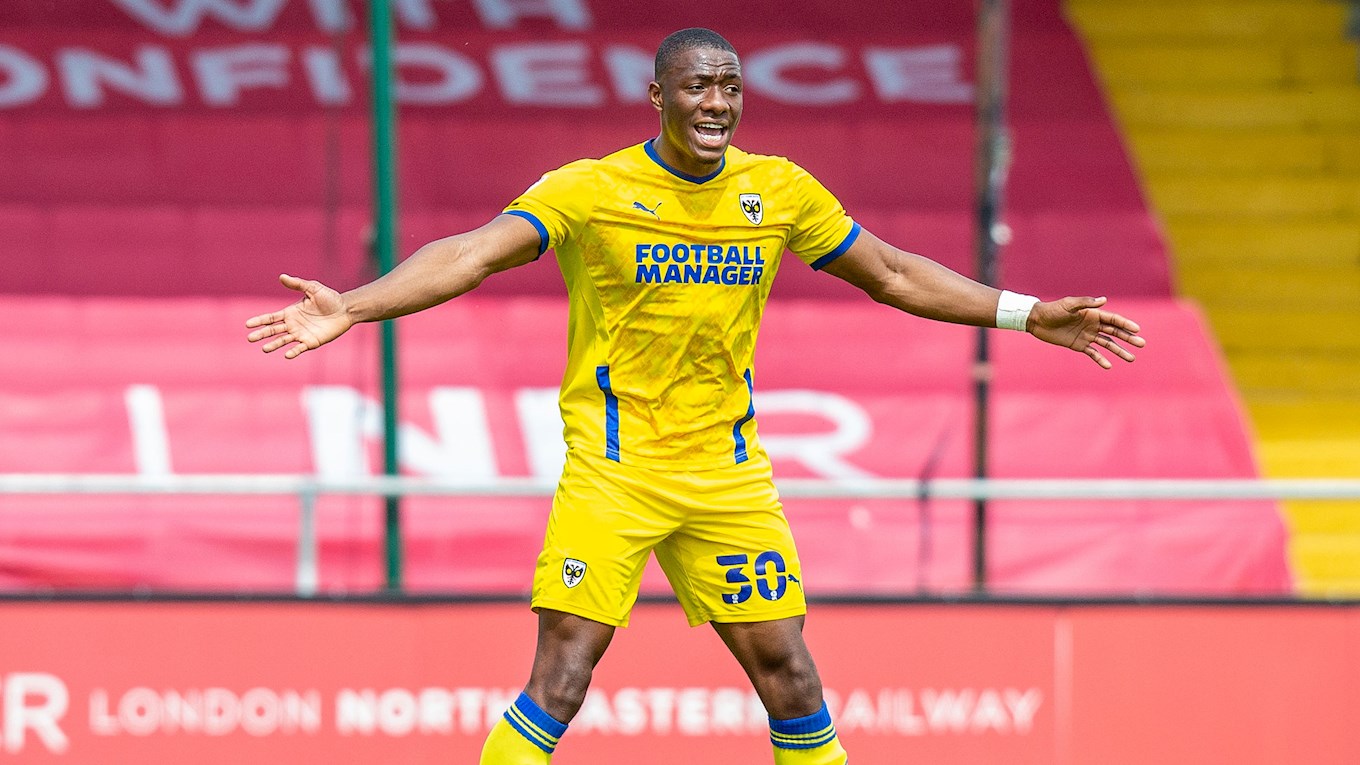 You’ve been here for seven years now, and a lot has changed at the club. How do you reflect on your own Wimbledon journey and what is your target moving forwards?

After coming up from the youth team and knowing about the story of the club, my aim was to change the image and people’s perspective of what Wimbledon is all about.

So, I have been giving my all to help the club gain the respect from its opponents. It’s what I have always been aiming for as Wimbledon were always known as a club that was fighting against releagtion when I joined.

Our aim this season has to be to finish as high as we have ever done, as that will be an achievement and a step forward in itself.

The positivity is coming from the gaffer, which is obviously transferring to the players, and I can see that the fans are believing in our vision as well. Their support this season is like nothing I have ever seen before, so we all need to continue to look forward together.