We are delighted to announce the signing of Fulham forward Terry Ablade on loan until the end of the season.

The 20-year-old, who plays predominately as a central striker, becomes Mark Robinson’s first January signing since taking over as our Head Coach.

Signed by Fulham from Finnish side FC Jazz back in July 2018, Ablade has scored 19 goals across both the Under-18 and Under-23 age groups at academy level for the Cottagers.

A powerful and pacey attacker who was born in Ghana, Terry now embarks on his first senior loan spell away from Craven Cottage after training with the Dons this week.

Speaking after bolstering his forward options with the addition of Terry, Head Coach Mark Robinson said: "The recruitment panel have always got their eye on young players, so when we lost Aaron (Pressley), they began to look at potential forwards and Terry was a name that came up high on that list.

“As always, we did the due diligence on him, our scouts watched him a number of times, and they talked to other people that have watched him as well. We all came to the conclusion that for the money we’ve got available he is the player who can come in and make an impact at League One level.

“He’s trained with us over the past week and was involved in an in-house game. Off the back of the feedback we’ve had on him as a person he has given us the confidence that he is going to be a real attribute for the squad.” 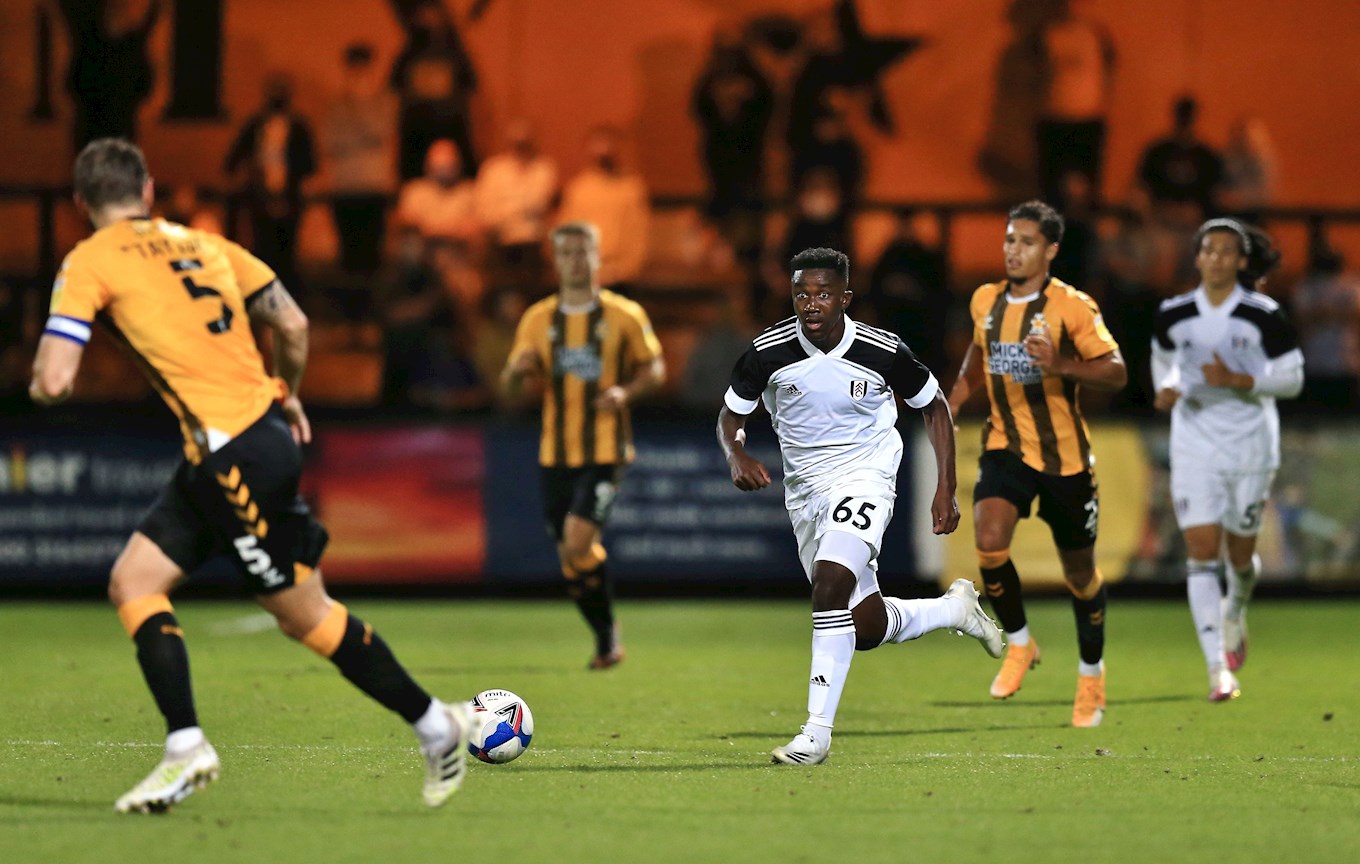 Originally born in Ghana, the forward emigrated to Finland with his family when he was young and has since gone on to play internationally for his adopted nation at every age group up to Under-21 level – an experience that Robbo feels will serve Terry well as a player.

“You look at those sorts of things and to do that at a young age is not easy, so you need to have a certain sort of mentality and resilience to deal with those changes. The fact he has already overcome things like that shows that he has good character and that’s all part and parcel of what we look at.”

As for Terry’s qualities, Robbo was glowing in his appraisal of what our new forward can offer to the team.

“He’s very quick over 15 to 20 yards, he loves to get in behind people and he’s got a real relentlessness about him," added our Head Coach. "One of the main bits of feedback I received was that even if he misses a chance he just keeps going and going - he never stops.

“His willingness to get in behind and his pace excited us. With us bringing back Aaron (Cosgrave) and also having Ollie it gives us some nice options.

“With the amount of games we’ve got coming up its down the middle that we feel we needed strengthening as we’ve got plenty of players who can play out wide and in those attacking midfield areas.

“Terry is full of hard work and dedication and that’s exactly what we need.”

Our new recruit goes straight into the squad for our game away at Boreham Wood on Saturday and has been handed the number 17 shirt.

Here's how we announced Terry's signing on Twitter, thanks to our Multimedia Producer Carlo Rossi and Fulham FC.