Mark Robinson stressed that there’s no panic in the ranks after another victory opportunity eluded his side today.

“We know where we carry a threat, where we need to put the ball and what areas we need to get into,” said Robbo. “The first goal was really pleasing, and it shows that you don’t have to be big to score one like we did today, it’s all about timing and movement. It was a really well worked goal.

“We need to take a look at our final third play and work out how we can carry more of a threat, as there were too many times that we got in those areas, and it came to nothing. But we’re confident that the goals will start flowing more freely – the key now is to keep calm and keep doing what we’re doing.

“We’re desperate to get three points for the players and for the fans. It definitely felt like two points dropped because we let them get back in it in the second half.

“At half time I told them that they’ve got more gears to go up and I don’t think it happened. Shrewsbury started dropping on more second balls and they got momentum from that. I need to look at the goal because there are a couple of players who felt that they could’ve done better.”

Today’s game saw newly signed left back Lee Brown make his first start for the club after he joined from Portsmouth on Friday, and our Head Coach was impressed with what he saw from the number 55.

“He was really solid,” added Robbo. “He didn’t get hurt down that side at all and he provided everything that we knew he would. Really composed on the ball, really confident, and he’s been great with the lads after the game. He’s going to be a big influence as we move up the table.” 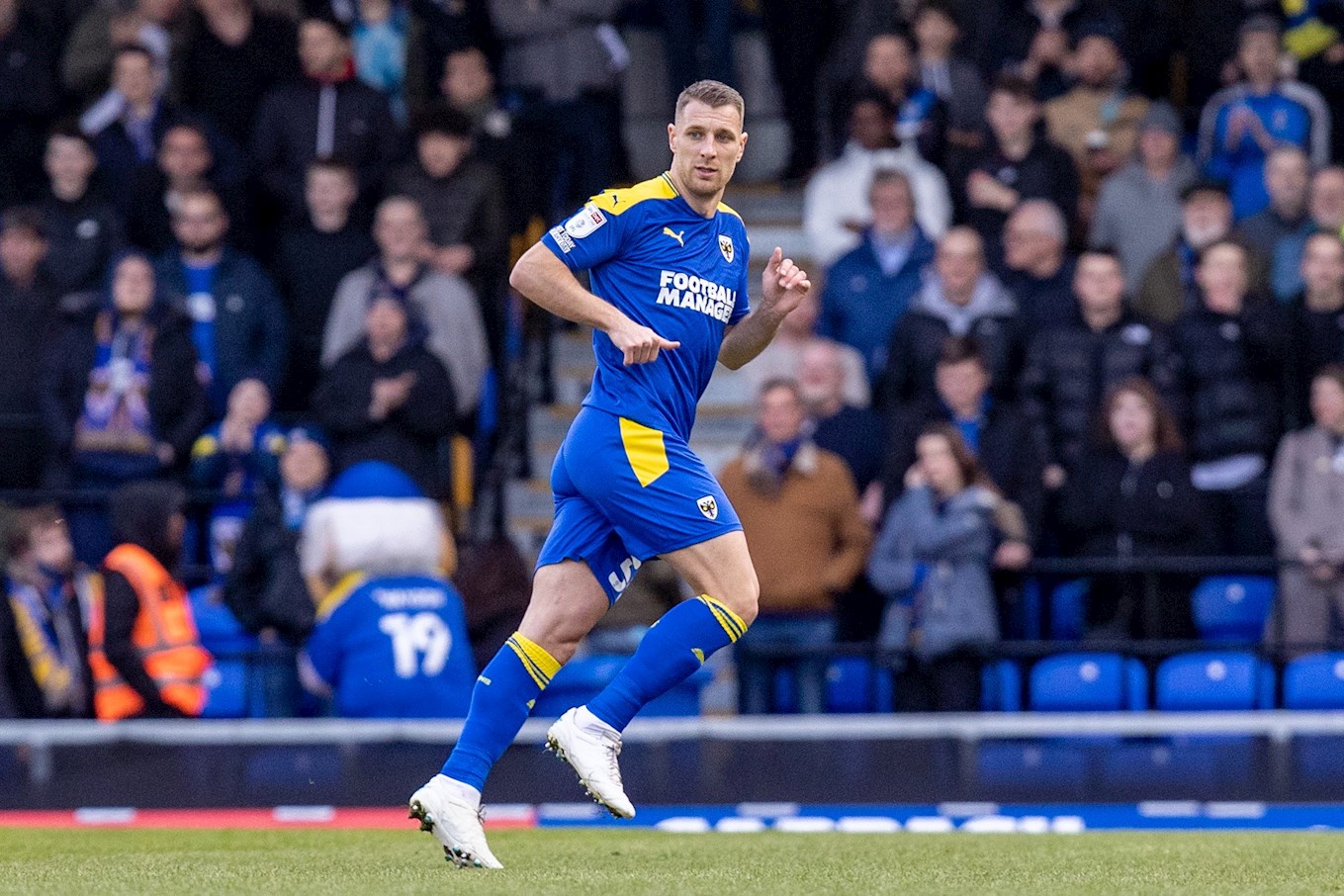 Tomas Kalinauskas also made his Dons bow in the second half, and the performances of young strikers Terry Ablade and Aaron Cosgrave impressed Robbo.

“Tomas has looked great in training and he’s a clever player. Aaron came on and held the ball up well and ran the channels. I also thought Terry did well on his first start. Once we get them firing, we’ll be absolutely fine.”