We are delighted to announce the signing of vastly experienced left-back Lee Brown from Portsmouth.

The 31-year-old has joined us on a permanent basis after leaving Pompey and our Head Coach Mark Robinson believes it’s a real transfer coup, completed just days before the end of the January deadline.

“I’m really pleased,” said Robbo. “I think Lee is going to be an important signing for us. After we lost Ollie, the recruitment panel asked if we needed a bit of experience for the squad. We’re looking for a forward option as well, but with the money from Ollie’s transfer we needed a bit of experience in a key area, and I felt that Lee would be the right man. After hearing he was available I spent two or three hours with Lee – and I think he’s absolutely the right person. He will provide exactly the sort of experience that we want.”

Lee has signed in time to go straight into our squad for tomorrow's home game versus Shrewsbury.

Lee started his career as a teenager with QPR, making just one Championship appearance, before joining Bristol Rovers, where he became a firm favourite with their supporters. Winning plenty of admirers for his committed all-action displays, Lee made 318 appearances in all competitions for Rovers, helping the club to a double promotion from the National League to League One. Lee moved to Portsmouth in 2018, making 127 appearances for the South Coast club, and he showed his eye for goal with a double against the Dons last April.

Speaking shortly after signing, Lee stated his admiration for the AFC Wimbledon story – and pointed to proud family connections.

“I think it’s a great story,” said Lee. “For me, I think it’s massive. I think it’s so important to bring everyone together, no one can achieve anything on their own. It’s such a strong impact when everyone is connected, when everyone is together it’s such a strong bond and it’s how you get success for me.  I live local and my grandad used to support Wimbledon, my father-in-law supported Wimbledon. I know the story well, I’m a local boy, as such, and I’m really excited to come!”

“It feels good to come to a club with such great history. It’s one that I’ve watched from afar. Now that I’m in the building it’s something I want to get my teeth into and be a part of moving forward. There’s been a few twists and turns, but the transfer happened quite quickly. It’s over the line now and hopefully we can look forward.” 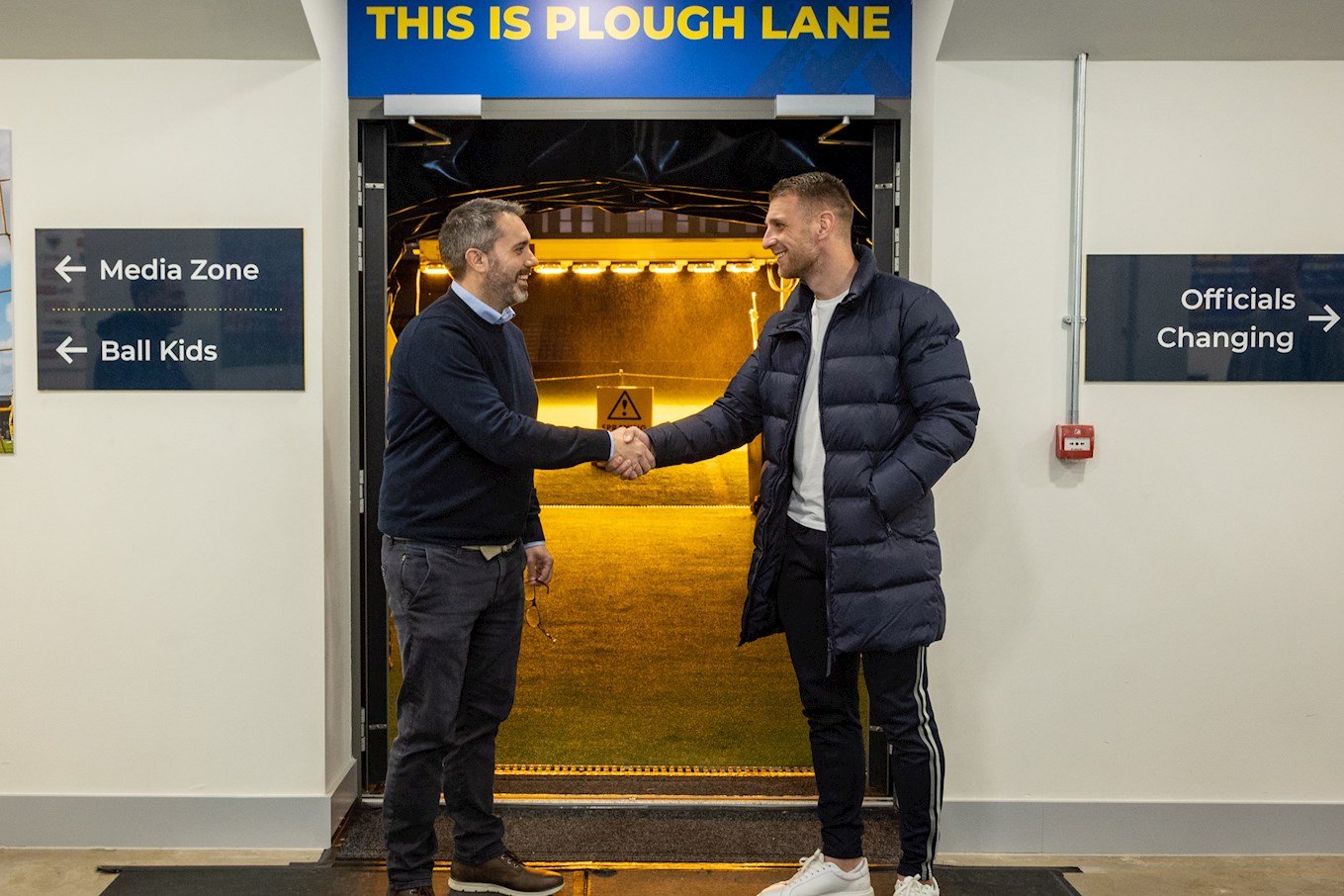 Lee added that his meeting with Robbo further convinced him that Wimbledon was the right place for the next stage of his career.

“Mark Robinson’s attention to detail stood out for me. I met him during the week, and we went through presentations. This included what he expected from me. There was also a little bit about the lads we’ve got here and the history of the club, which I knew about anyway, but I was really impressed and there are exciting times ahead.

“It’s such a lovely stadium here and an amazing achievement for everyone involved, it’s the basis of a good football club to get a new stadium and hopefully we can kick on from there as a platform.”

Click on the link below to listen to Rob Cornell's first interview with Lee.