Johnnie Jackson couldn’t hide his satisfaction in the wake of his first win as our manager after a promising 2-0 victory today.

In a game that was well-fought from start to finish, Ethan Chislett and Jack Currie came up with the moments of magic that earned us a long overdue three points on home turf - and Johnnie was quick to praise the impact of both players.

Chislett opened the scoring in spectacular fashion with a well-executed half volley, before Currie popped up with a thumping header in the second-half to wrap up the three points. 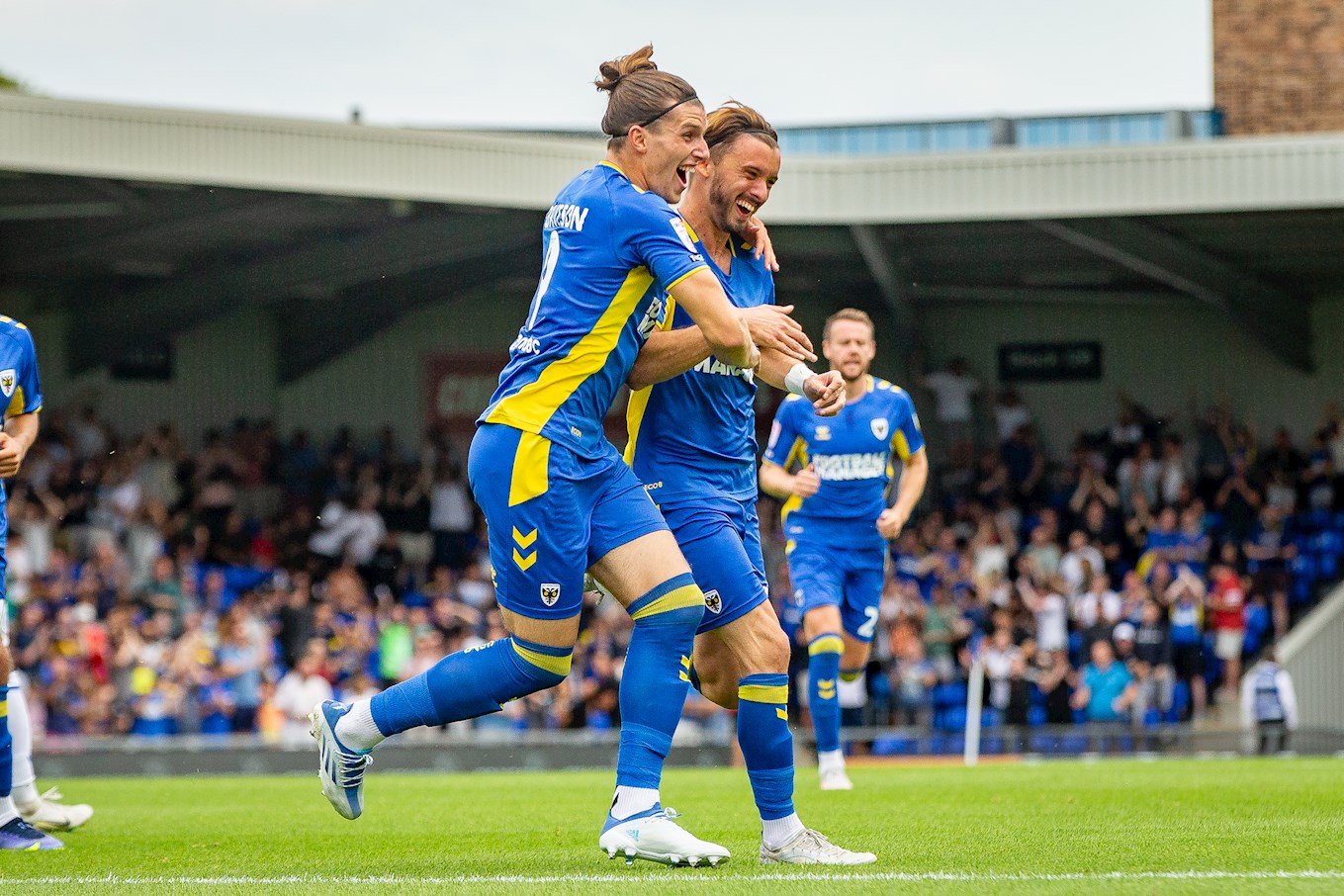 “I’ve been on at Chis about adding goals to his game because he’s a talented boy and he gets in great positions,” said Johnnie. “It was a wonderful strike, it was a really good goal.

“I’m also delighted for Jack. He’s been excellent in pre-season. He earned the right to start the game today. Yet again he’s stepped up – who knew that he could pop up at the back post with headers! I encourage players in that wing-back position to do that because there are goals in those areas if the delivery is right.” 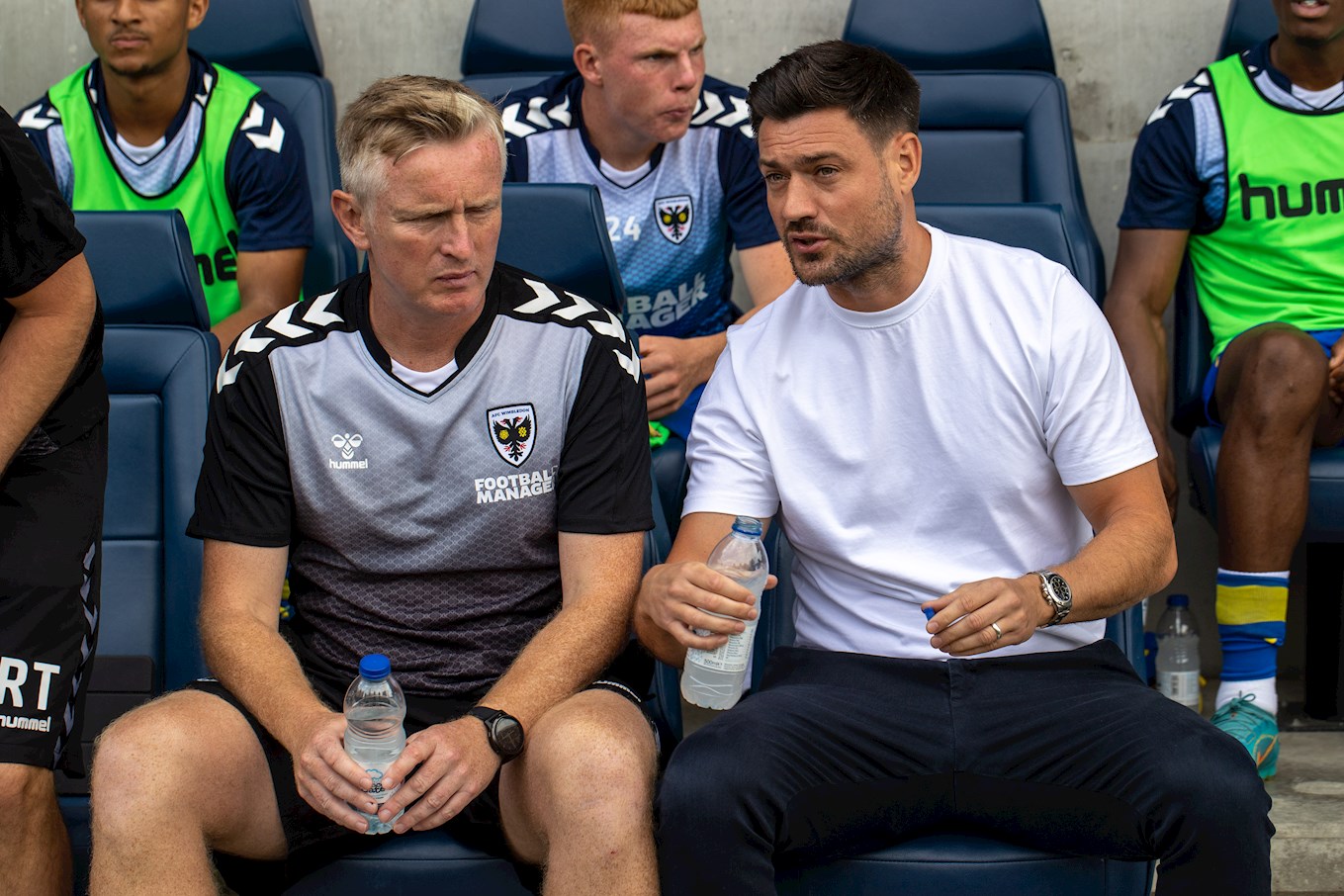 Aside from the two goals which were the obvious high points, the Dons stood up to the task of dealing with a physical Gillingham side well with the back three and goalkeeper Nik Tzanev also earning praise from our manager.

“They had a spell in the first-half where they had some set pieces and I was really interested to see how my team would deal with it,” he explained. “We stood up to it well. They then had a period at the start of the second-half like every team is going to do this season. You have to be strong and solid in your shape and in your duels. We rode it out and defended our box. Tans was excellent in helping with that too.” 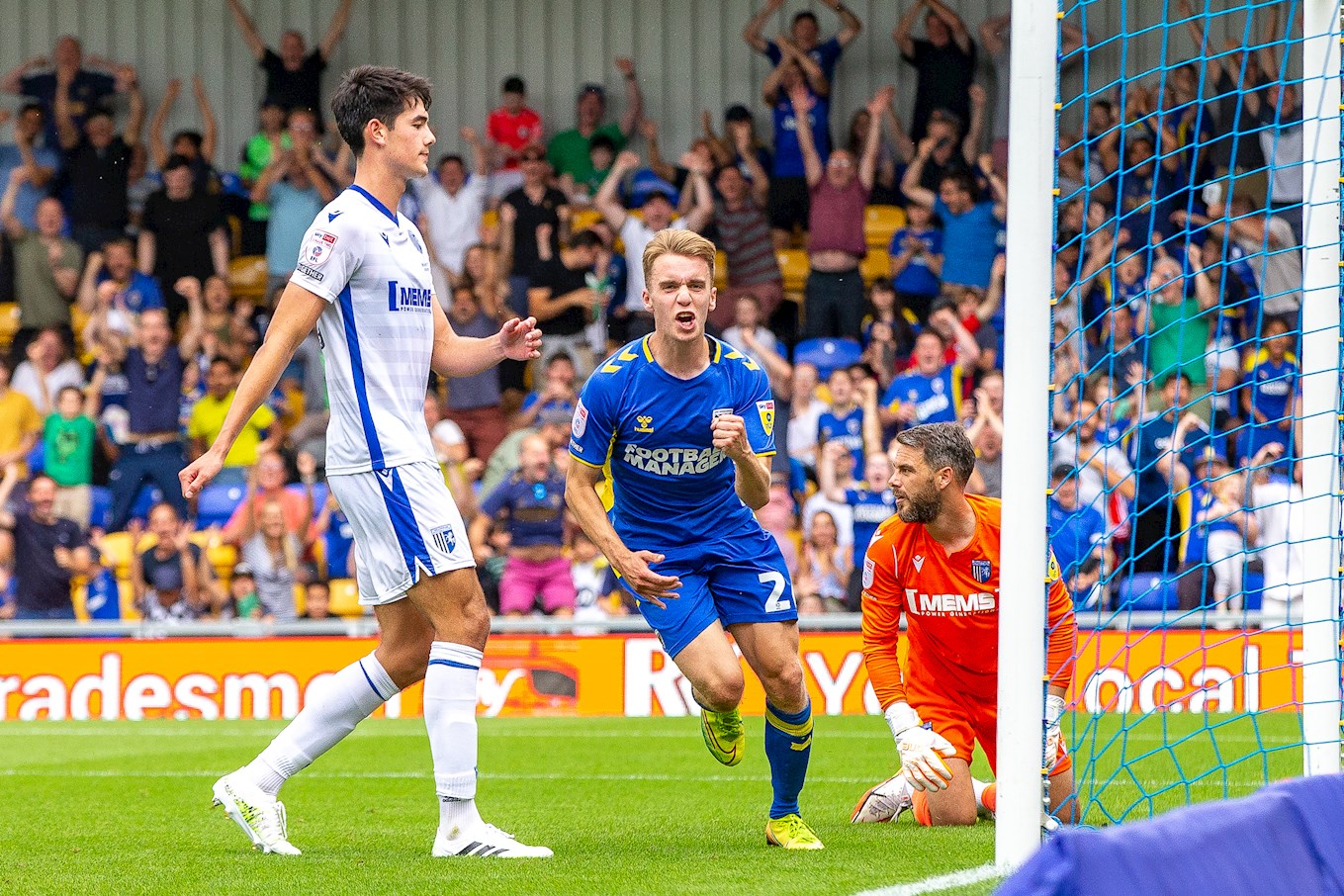 Johnnie was also quick to emphasise how much our loyal supporters drove the lads onto victory today, before he then took a look ahead to our first away game of the season against Hartlepool United.

“I thought the support was incredible. A packed Plough Lane was a sight to behold to be honest! The noise they made and the way they got behind the boys from the start was magnificent. To be able to celebrate with them at the end was really good. 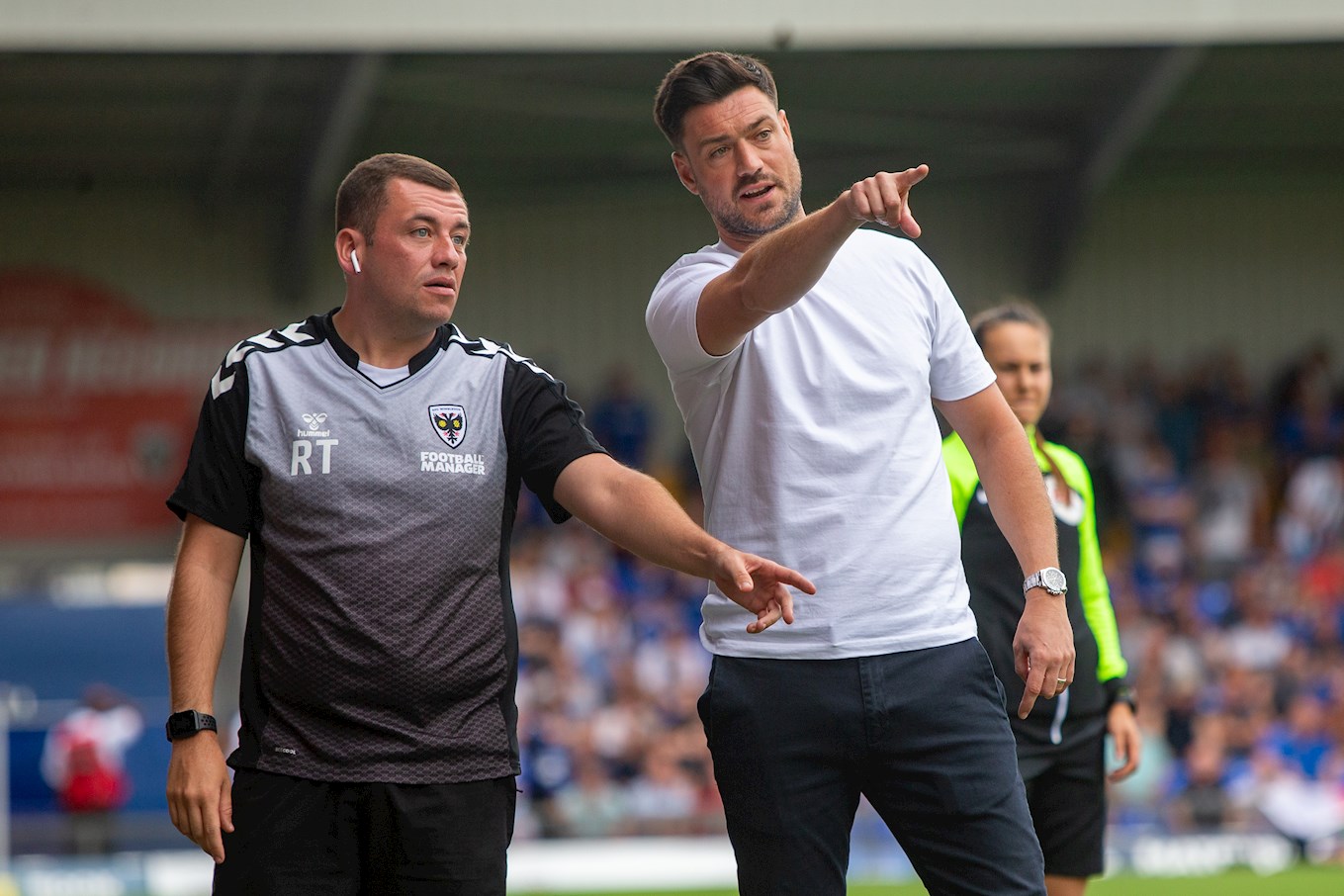 “I want more of the same. It’s one win. There’s another 45 games to go. I’m really pleased with the result but no one’s getting carried away. It’s just the start and there’s more to come from this team. There’s aspects we can improve upon.” 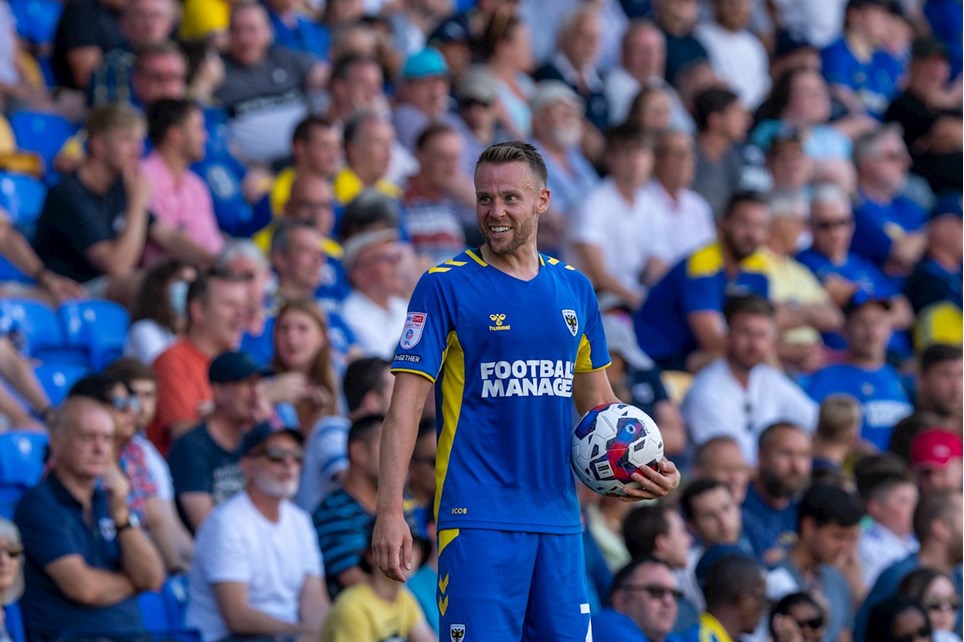 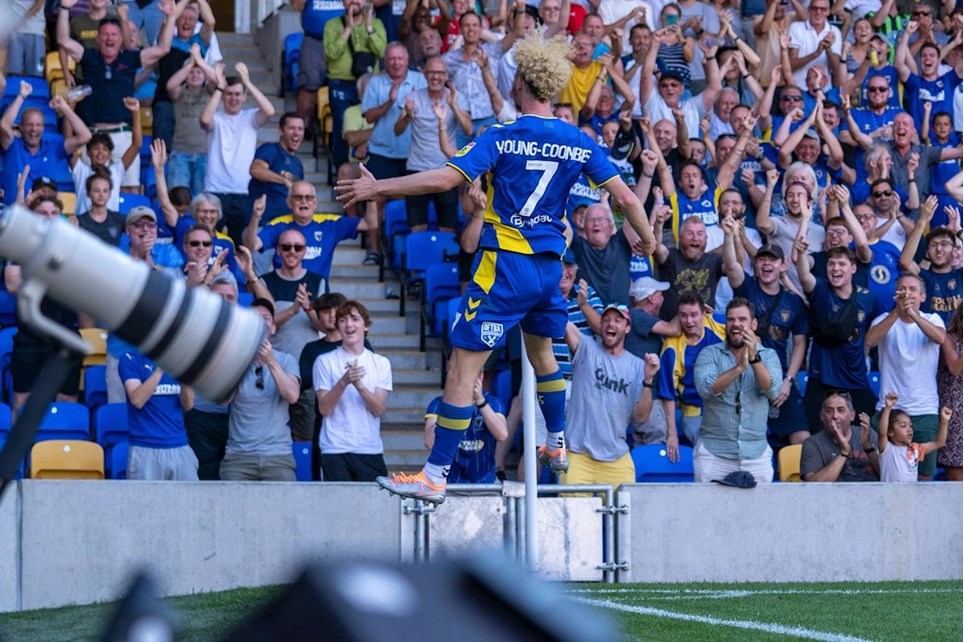 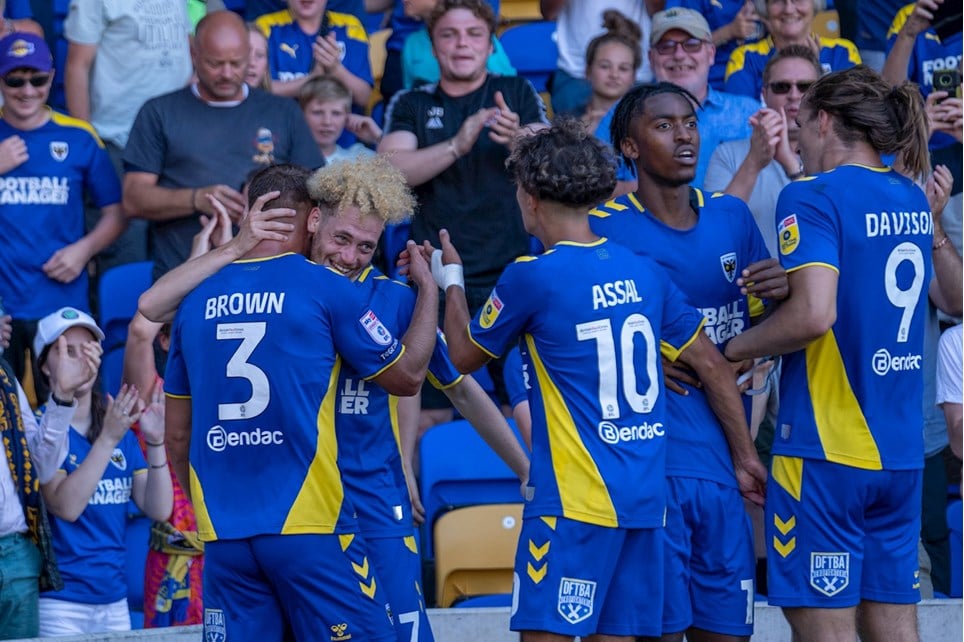 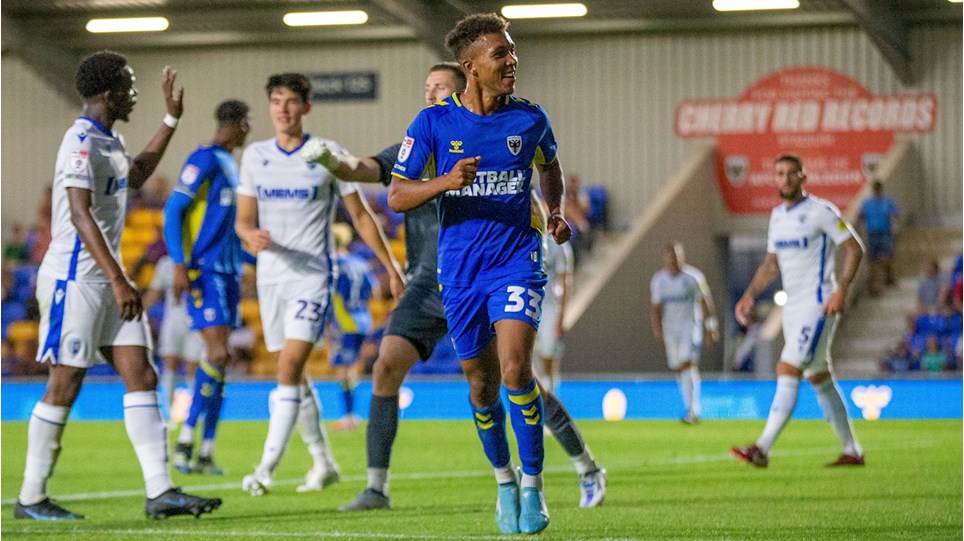