With excitement building ahead of the new season after Johnnie Jackson bolstered his squad, we’ve put together an update on getting your ticket to follow the Dons.

Once again, we thank you for your unwavering support as we seek to bounce back at the first attempt in just our second season back in Wimbledon with fans.

Below is a Q and A about all things ticketing, so that you can start counting down the days until the big kick-off!

Q: We’ve had strong Season Ticket sales this summer, but is there still an opportunity for supporters to buy one?

A: Following a great response from supporters, we’ve so far sold almost 4,300, including hospitality. We really do appreciate your passionate backing  – and without it we wouldn’t be a league club playing back in Wimbledon at a fantastic stadium.

Despite inflation rising to a 40-year high, we’ve reduced the price of our cheapest adult Season Ticket to £375 for the Ry Stand Family Zone (and just £40 for fans 17 and under).

You can visit this page on our website to buy a Season Ticket.

Q: For any fans interested in purchasing a Season Ticket, can they request a specific seat?

A: If there’s a specific seat that you are interested in snapping up for a Season Ticket, or you want to be close to friends or family, we can try to facilitate this. Contact our ticketing team by e-mailing tickets@afcwimbledon.ltd.uk or call +44 (0)20 3988 7863. Hospitality Season Tickets are also still available to order by accessing our website.

Please note that facilitating your choice of seat (s) may mean that you are in a different seat for the first match versus Gillingham on 30 July.

Q: When can Season Ticket holders expect to receive their cards?

A: The majority of Season Ticket cards, including all renewals, have been posted today, so they should be delivered by the end of this week. There is an issue with the syncing of approximately 10 per cent of season tickets, which we are trying to resolve as soon as possible, so that they are sent out in time for the start of the season. If we are not able to send these out first class by Tuesday 26 July, then we will have them available for collection at the Gillingham game and we will e-mail those affected with an update. Please note that ST cards will be delivered to the address of the purchaser. If you opted to collect your ticket, we will notify you soon with more details about how you can do this.

Q: There was a fantastic response to the Stadium+ membership release last week. Is this offer still available to fans?

A: Yes, and it is well worth becoming a member if you can’t commit to a Season Ticket. For individual matches, there’s a £5 discount for adult tickets. With the price of membership costing £30, it means that you will only need to attend seven matches to have made a saving. The price of a membership for concessions is £20 (£3 discount for every match).

For more information, see our announcement about Stadium+ membership. 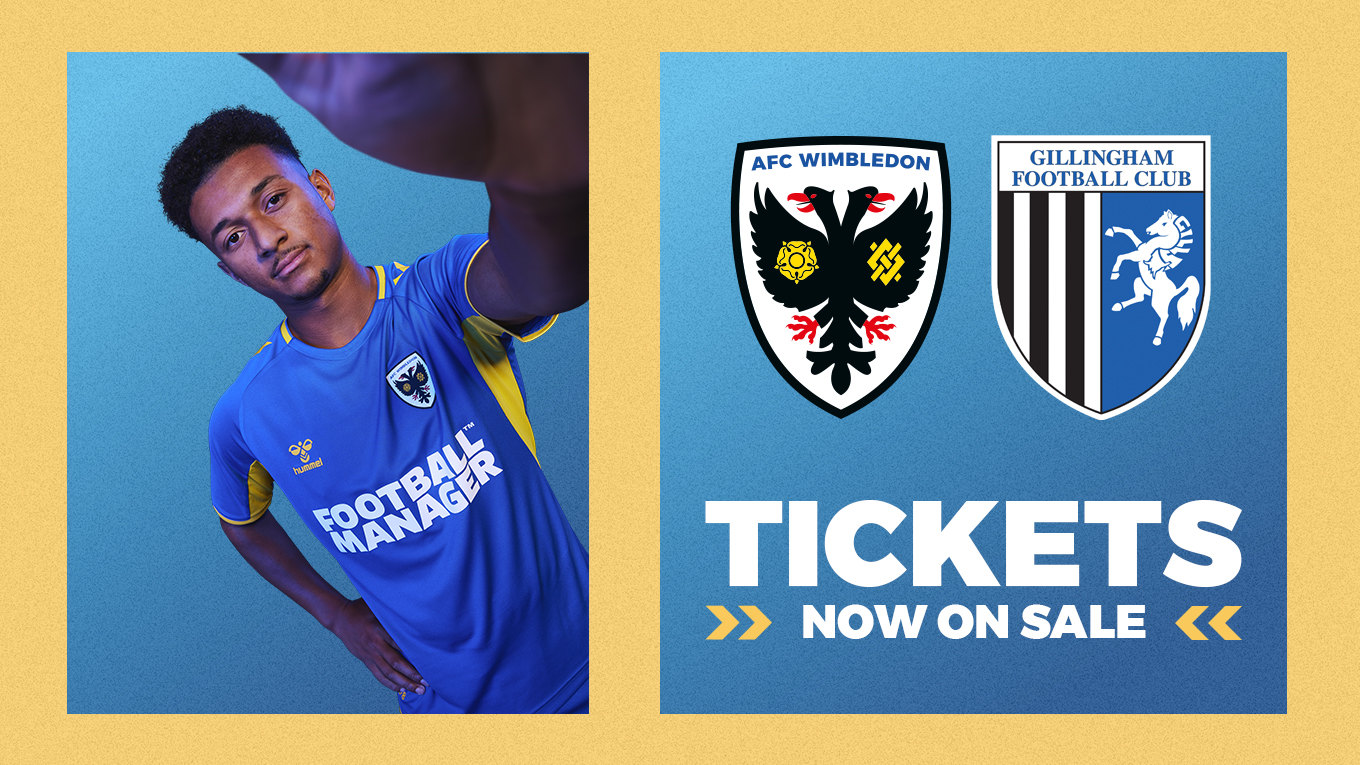 Q: It’s been a very busy week with new signings made and a pre-season match, but are tickets on general sale for the first home match versus Gillingham and the first away match vs Hartlepool?

A: Yes, but with so many announcements earlier this week, it would be no surprise if you missed this! Tickets are on sale for the Gillingham game and these can be purchased now by accessing our online tickets page.

Tickets for the away match at Hartlepool on Saturday 6 August are also now available, along with places on the supporters' coach.

Of course, we’ve still got one pre-season match to go with Oxford on Saturday coming up – and it could offer you a chance to see our giant new striker Kyle Hudlin leading the line for the first time!

Book your ticket for the Oxford game by visiting our online ticket shop.

Q: The process has changed slightly for Debenture holders in terms of ordering their tickets for the new season. What are the reasons for this?

A: In previous communication, we informed Debenture holders that we were changing the release time of their seats to general sale from 5 days before the match to up to 10. Some fans have been very vocal about this and we’d like to explain our rationale. There isn’t an advertised time frame in the terms and conditions and making the change would have helped us with the marketing of games on several occasions last season, particularly when we were effectively sold out prior to releasing the Debenture seats. This meant that supporters looking to purchase tickets on the weekend before might have made alternative plans. A change to the release time would give us a greater ability to encourage ticket sales and returns to therefore fill the stadium, so that we get more support for Johnnie Jackson’s boys.

However, we have listened to the feedback from you. We’ve listened to those of you who would be adversely affected by a change. Whilst we thought 10 days was a timescale that would work for the Club, clearly this isn’t flexible enough for all our fans who massively supported us by buying a Debenture. 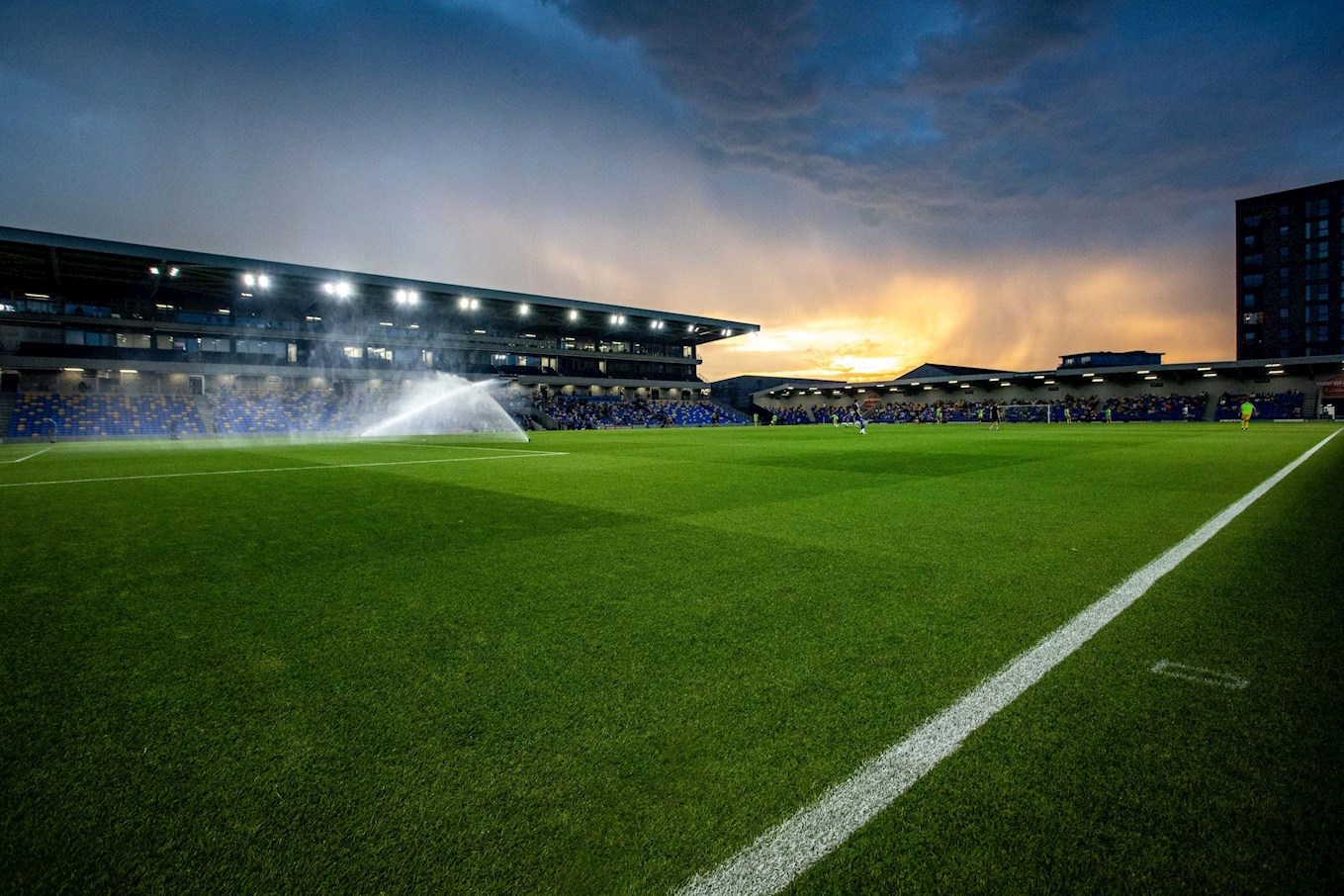 We have therefore decided to trial the release period at eight days, initially until Christmas, and we will be seeking feedback towards the end of the year from the 380 fans who may be affected by this change. This would mean that we would hold seats for Debenture holders until midday Friday the week before a Saturday match.

As tickets didn’t go on sale for Gillingham until later than usual for a home game, Debenture holders should reserve their seats by 5 pm on Monday 25 July – five days before the fixture.

Q: It was noticeable last season that on some matchdays there were a lot of empty seats despite games being announced as sold out. Are we attempting to implement a more effective resale system?

A: Our attendances were above expectations last season, but there were games when we had empty seats inside the stadium after we had sold out in advance. We therefore want to improve the efficiency of the current ticketing process. We are looking at implementing a better system for exchanging tickets online with our ticketing provider.

In addition, for the games when visiting clubs bring less supporters, we want to open up the North Stand to home fans. However, there will be a cost to doing this with stewarding and other support staff. It would therefore be better for us to know earlier if Debenture holders are attending, so that we can sell their seats first and decide if it’s worth us opening up the North Stand.

As always, we’re very grateful for your support and patience as we head towards an exciting season at our spiritual home. Come On You Dons! 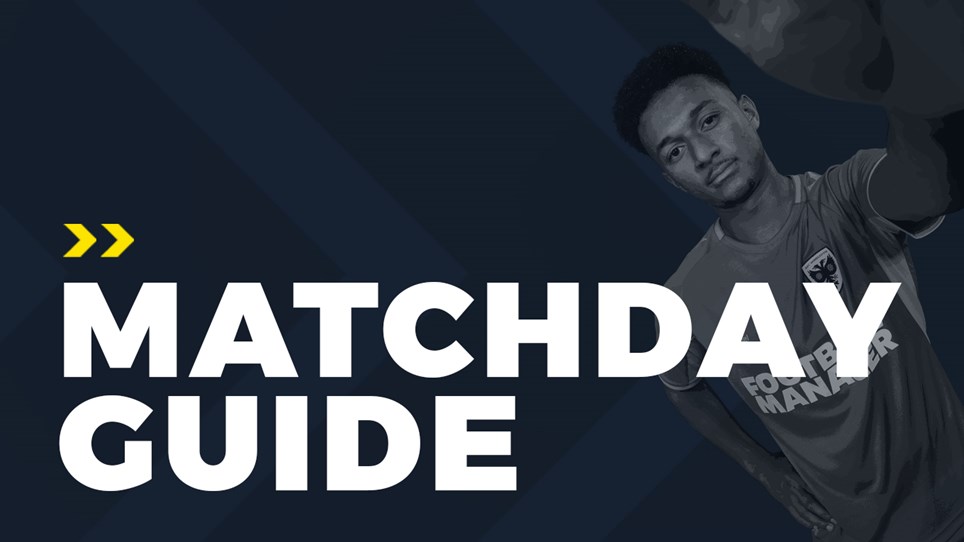 Matchday Guide: Buy on the night for Carabao Cup tie


We’ll be aiming to extend our unbeaten start to the season tonight by making progress in the Carabao Cup – and tickets are available to cheer on the Dons.

Tickets & Travel for Crawley away day


We've got our first league match at Crawley since 2015 coming up later this month - and tickets are now available for this game. 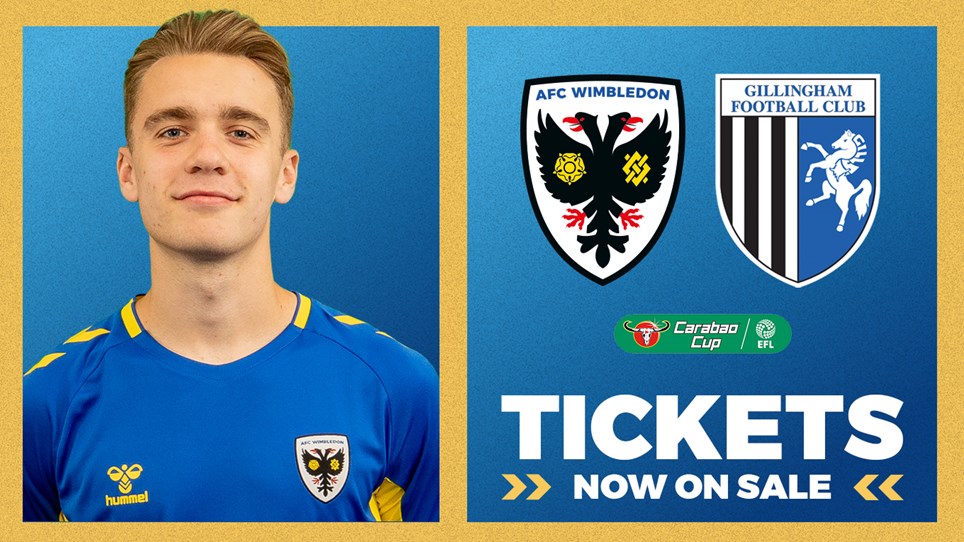 
We’re gearing up for our first midweek match this season – and you can help to create a special cup atmosphere under the lights. 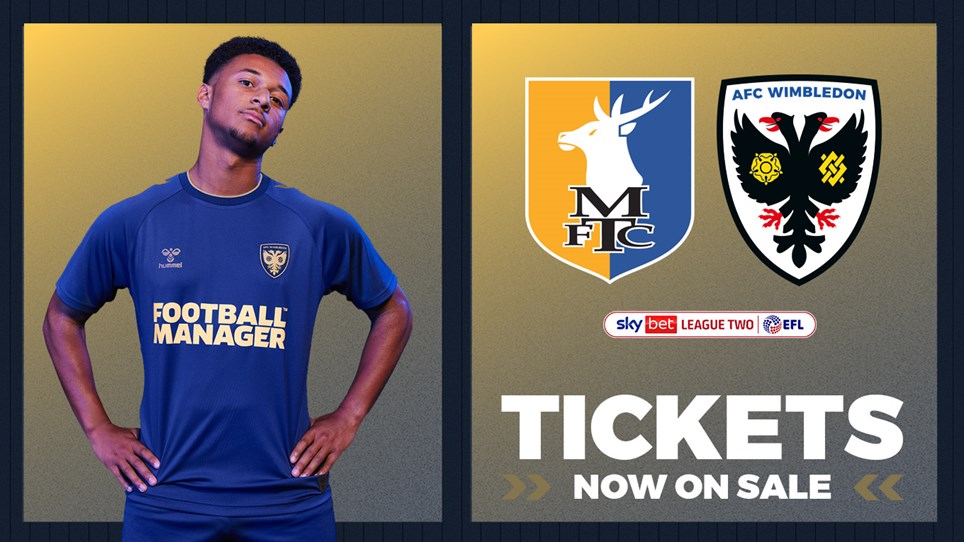 Tickets & Travel for away match at Mansfield


Our first midweek away game of the season is at Mansfield later this month - and tickets can now be purchased for this match.