The Orinoco Womble Bench was proudly unveiled at Plough Lane - and it provided a real day to remember for a family of Dons supporters.

Kingsley Hamilton’s young son Teddie clung onto his toy Womble when he was battling for his life and he was there with his family on Saturday to see the FIRST reveal of the fantastic wood-carved sculpture, which was created by sculptor Lorraine Botterrill.

“Teddie was born with PDC, which is a breathing condition that he still has,” said Kingsley. “When he was in hospital on his life support machine he was holding onto his toy Womble every single day – he wouldn’t put it down! He's become known as ‘Teddie The Womble’ and it’s great to be here today for this unveiling.” 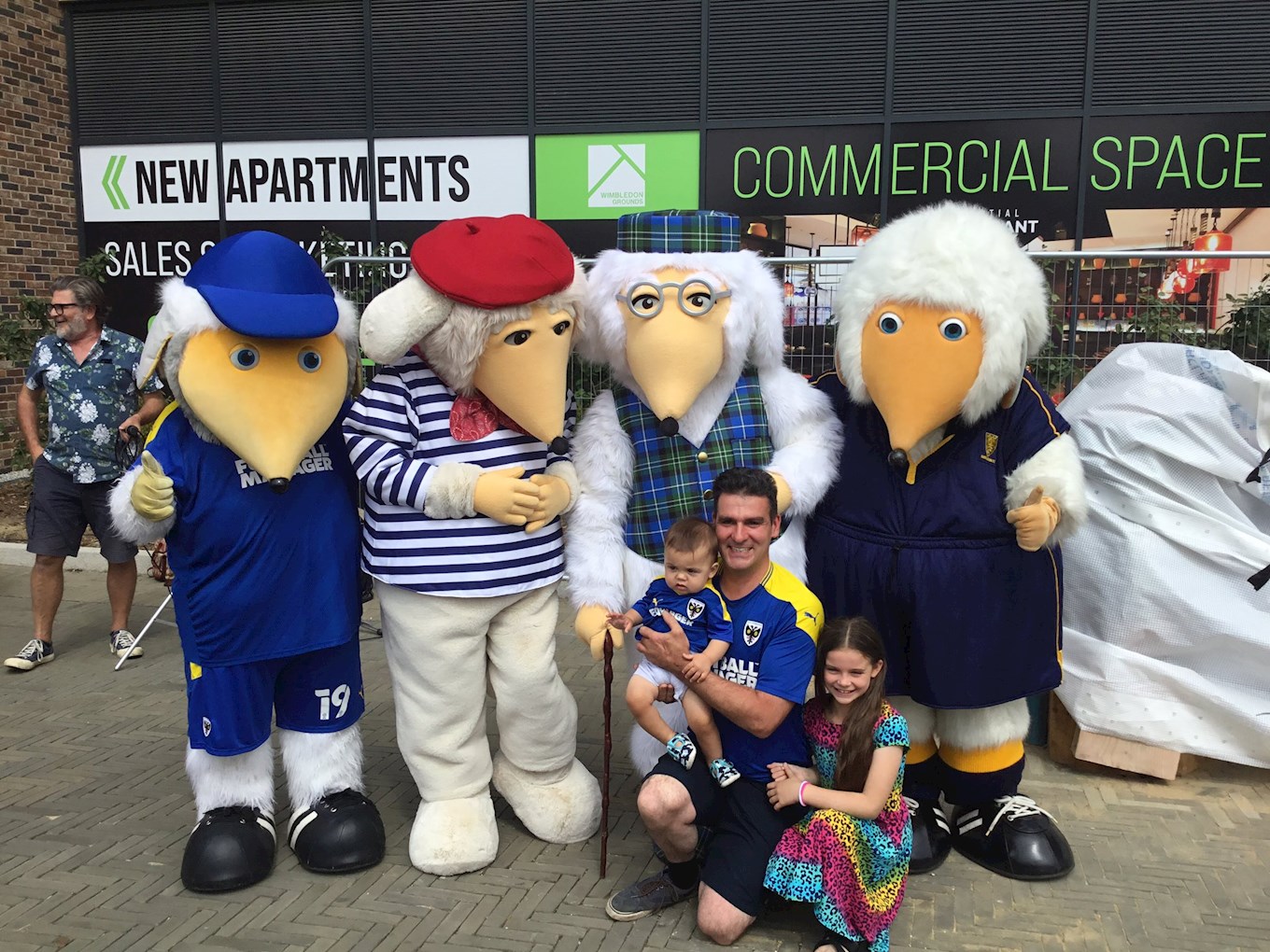 The Womble Bench now takes pride of place outside our stadium (close to gate three) and it therefore recaptures the spirit that links Wimbledon with the famous animation from the 1970s.

Created by the late Elizabeth Beresford, members of her family were at our stadium on Saturday to unveil the bench.

Her son Marcus Robertson said: “My Mum would have been extremely proud of this. We live locally and we love Wimbledon. She supported Wimbledon vicariously through me because I regularly went to games in the 1970s right the way through – I went to all the rounds when we won the FA Cup. I had Season Tickets here, so for us as a family it’s not just about the Wombles - Wimbledon’s football club is a big part of our lives.

“Great Uncle Bulgaria is very shy, he doesn’t speak very often, and he issues statements even less regularly than the Queen! But 20 years ago he said, ‘Cousin Buckingham of the Milton Keynes burrow may well want to go and watch them, but we will be watching something much closer to home here in Wimbledon! He hasn’t issued a statement during the intervening period, but 20 years on he said that AFC Wimbledon returning to Plough Lane has thrilled all sports loving Wombles.” 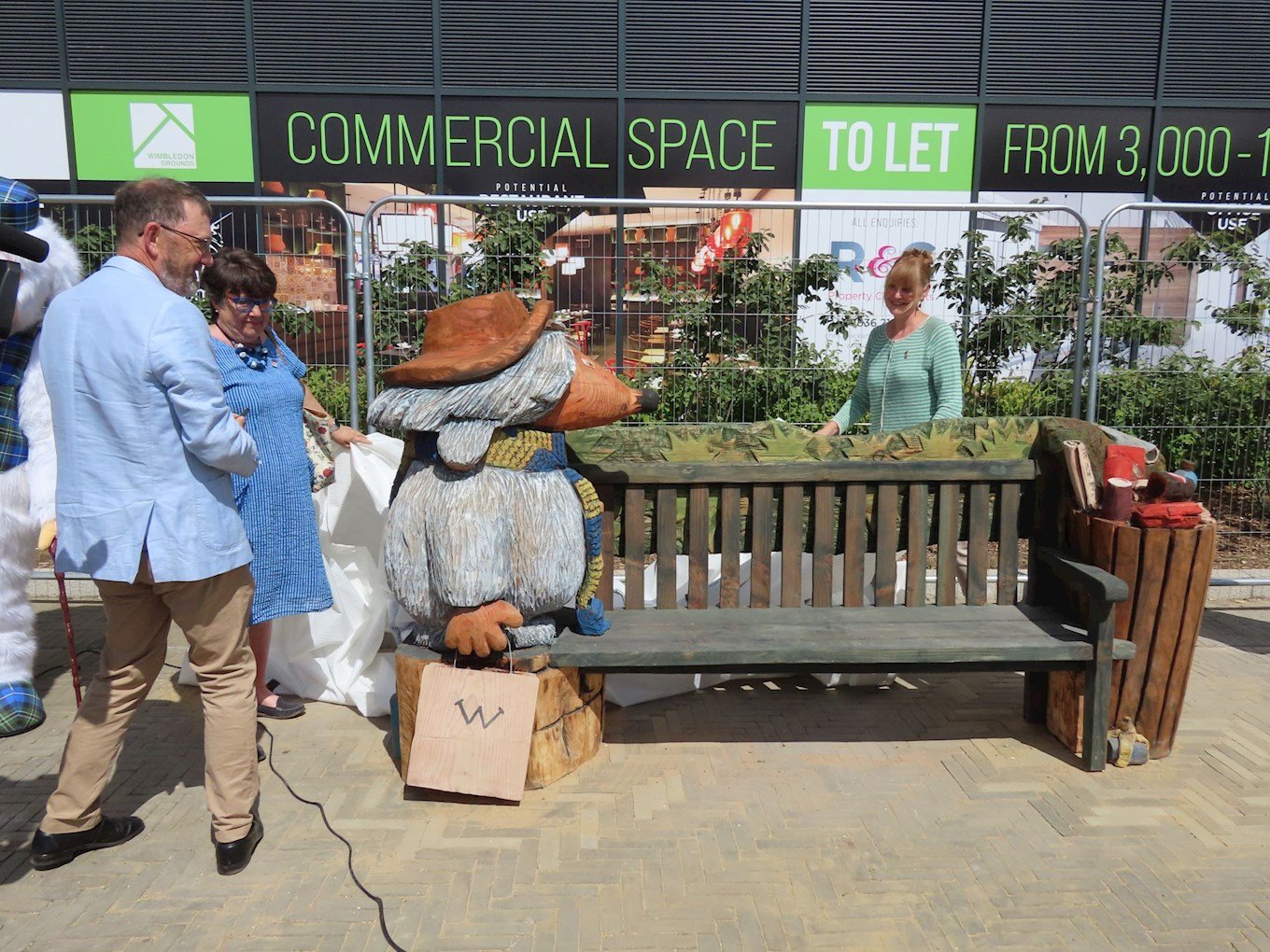 John Lynch, Managing Director at WiSH (Wimbledon in Sporting Heritage) added: “This is the first ever Wombles installation in the country - I think it’s a unique creation. When we started thinking about this we wanted to go down the sustainable, green route, with the same philosophy of ‘reuse and recycle’, as the Wombles. This whole bench has therefore been carved out of fallen tree. The sculpture is beyond my wildest dreams, so I’m just very proud and humble to be a part of it all and to celebrate the Wombles’ long association with the Club.

“I’m really pleased that the stadium concourse has different attractions, so that it can become a tourist destination. Hopefully, it will bring people down - and bring them into the stadium at the same time.”

It was a double unveiling on Saturday with a wood-carved sculpture of Dave Beasant and Roy Law, back to back, holding up the 1988 FA Cup and 1963 FA Amateur Cup, also revealed for the first time. Wimbledon greats from the past attended the event with Beasant joined by Mike Kelly, our goalkeeper from the 1963 FA Amateur Cup win, Ian Cooke and Jeff Bryant.

In a fun-event for people of all ages, local children also attended on Saturday, offering their helping hands for a community litter pick that summed up what being a Womble is all about! Kids were also able to ‘Meet the Wombles’ with Uncle Bulgaria, Madame Cholet and our very own Haydon the Womble in attendance. 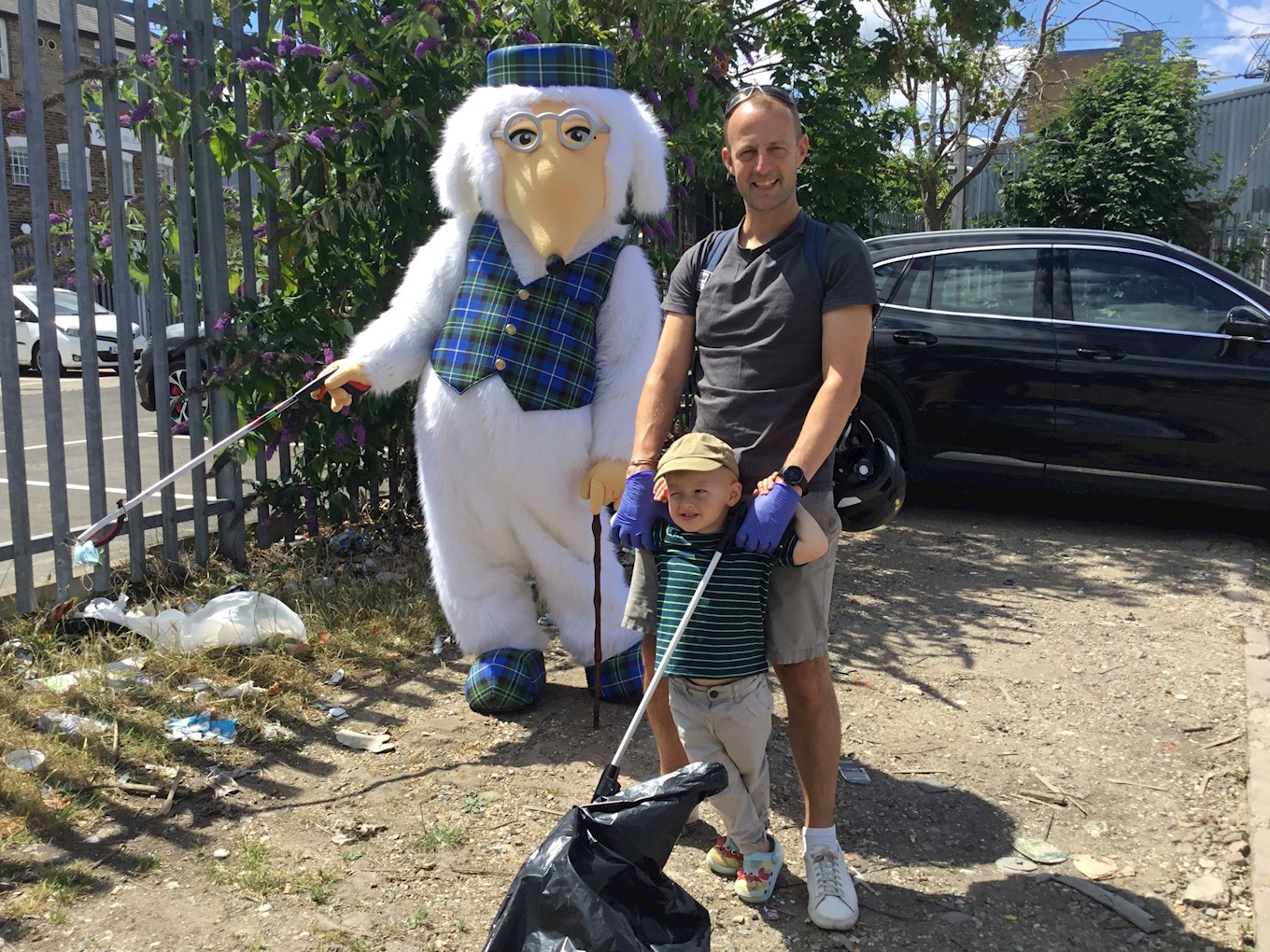 The Club wishes to thank Galliard Homes, WiSH (Wimbledon in Sporting Heritage), Dons Local Action Group and our other partners for all of their hard work, and for funding the project.

Watch Rob Cornell's video from Wombles Day by clicking on the link below. 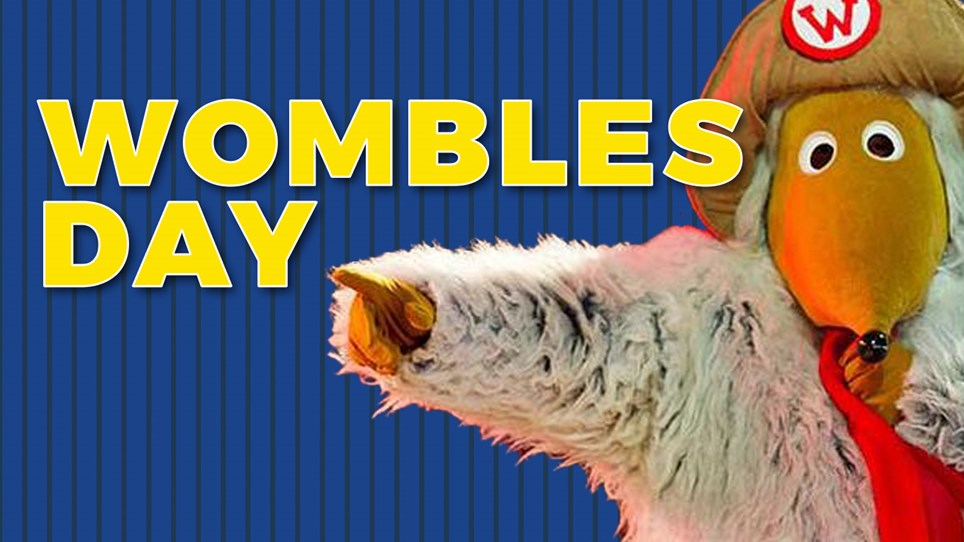 Recapture that Womble spirit on Saturday!


Dons supporters are combining to unveil a lasting legacy to the Wombles! 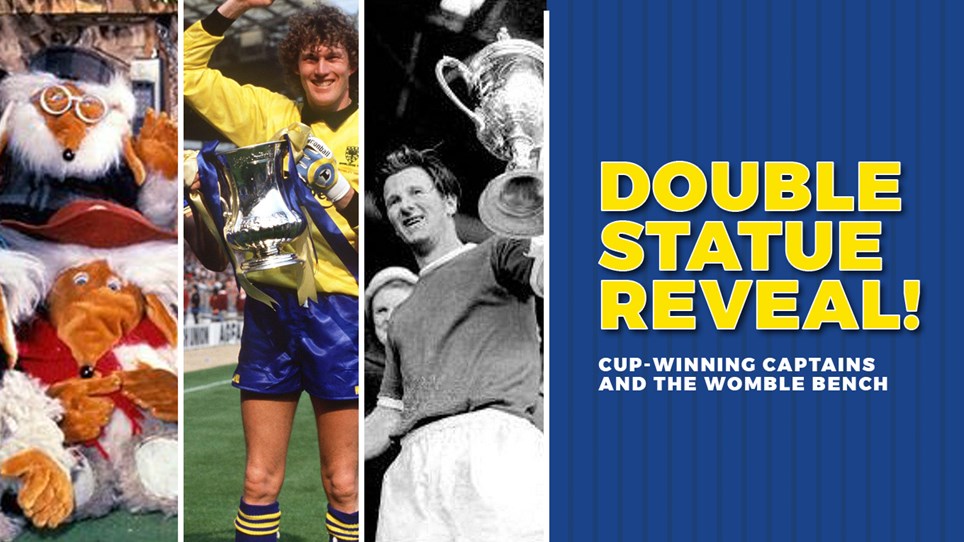 
Join us on Saturday for the FIRST look at a commemorative statue that celebrates Wimbledon’s remarkable rise from non league to FA Cup winners. 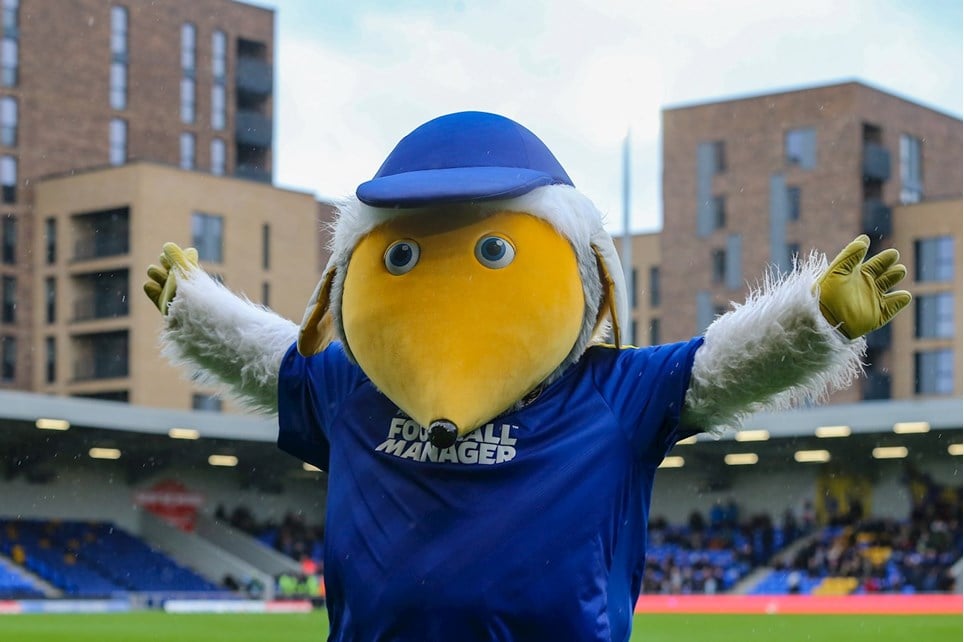 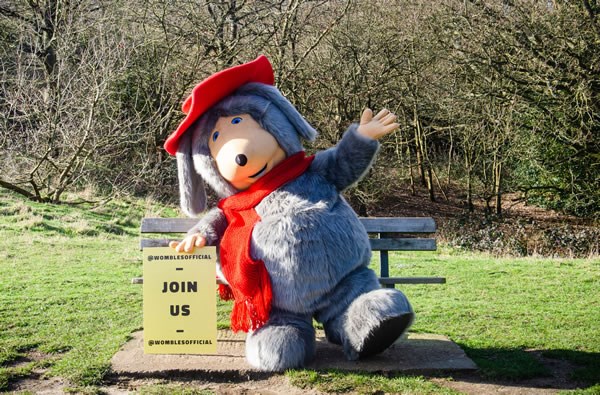 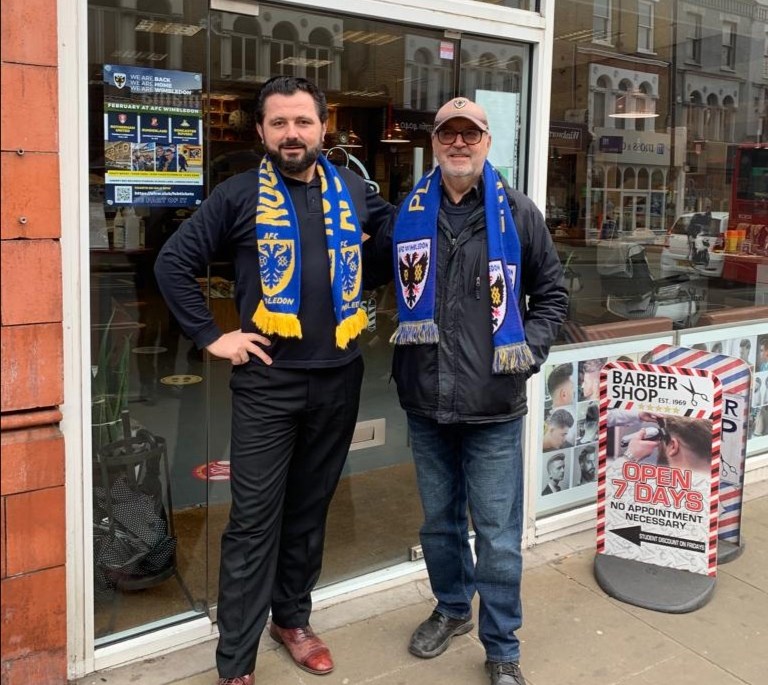 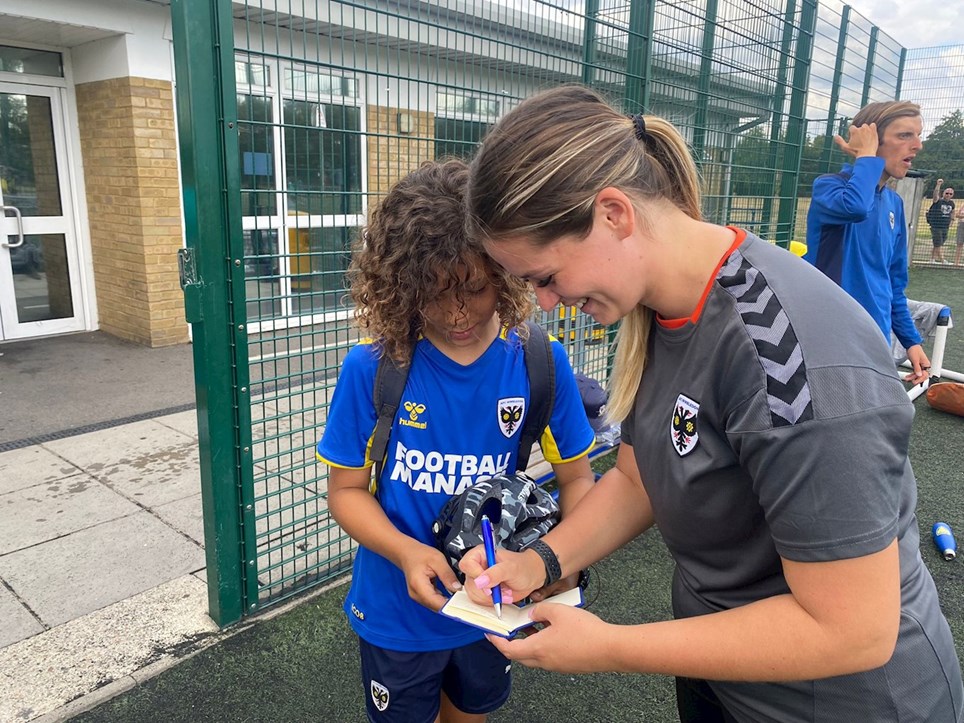 
There was a football frenzy on Thursday as 75 children mobbed two members of our Women’s team after the success of England’s Lionesses. 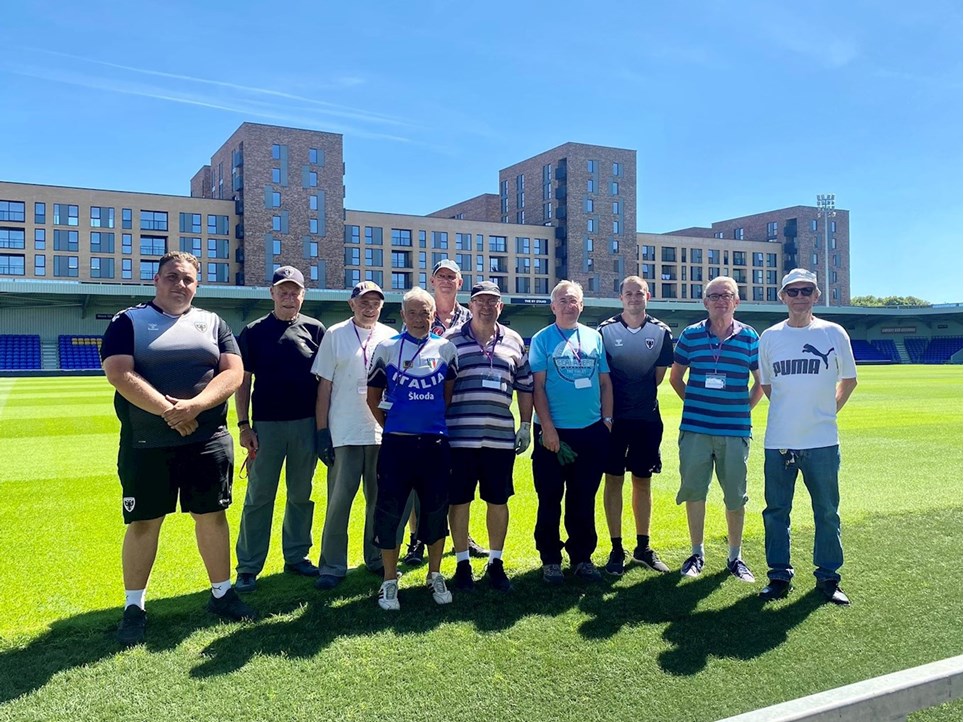 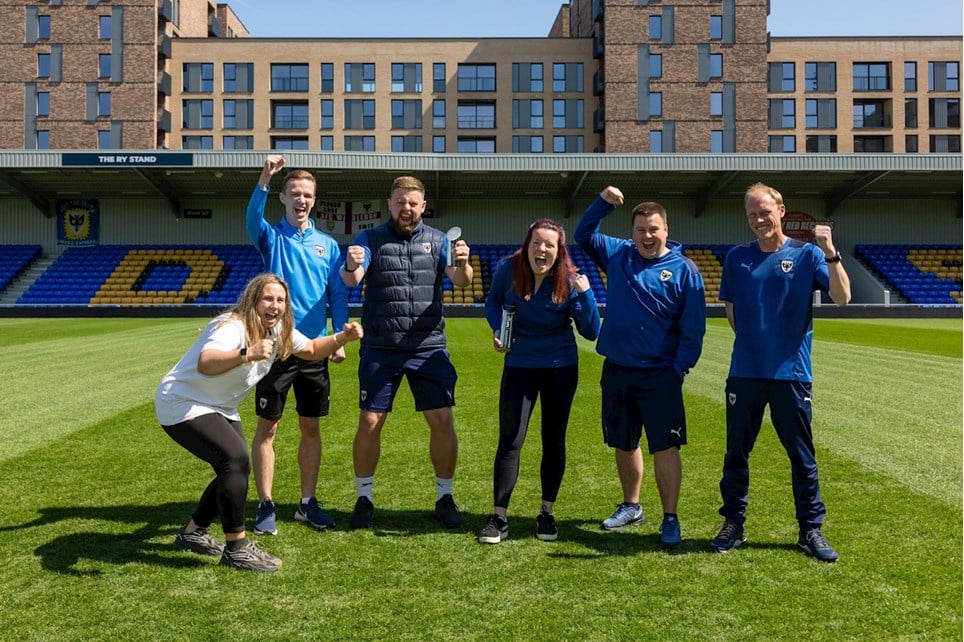