Take a behind-the-scenes tour for 'The Greatest Story' 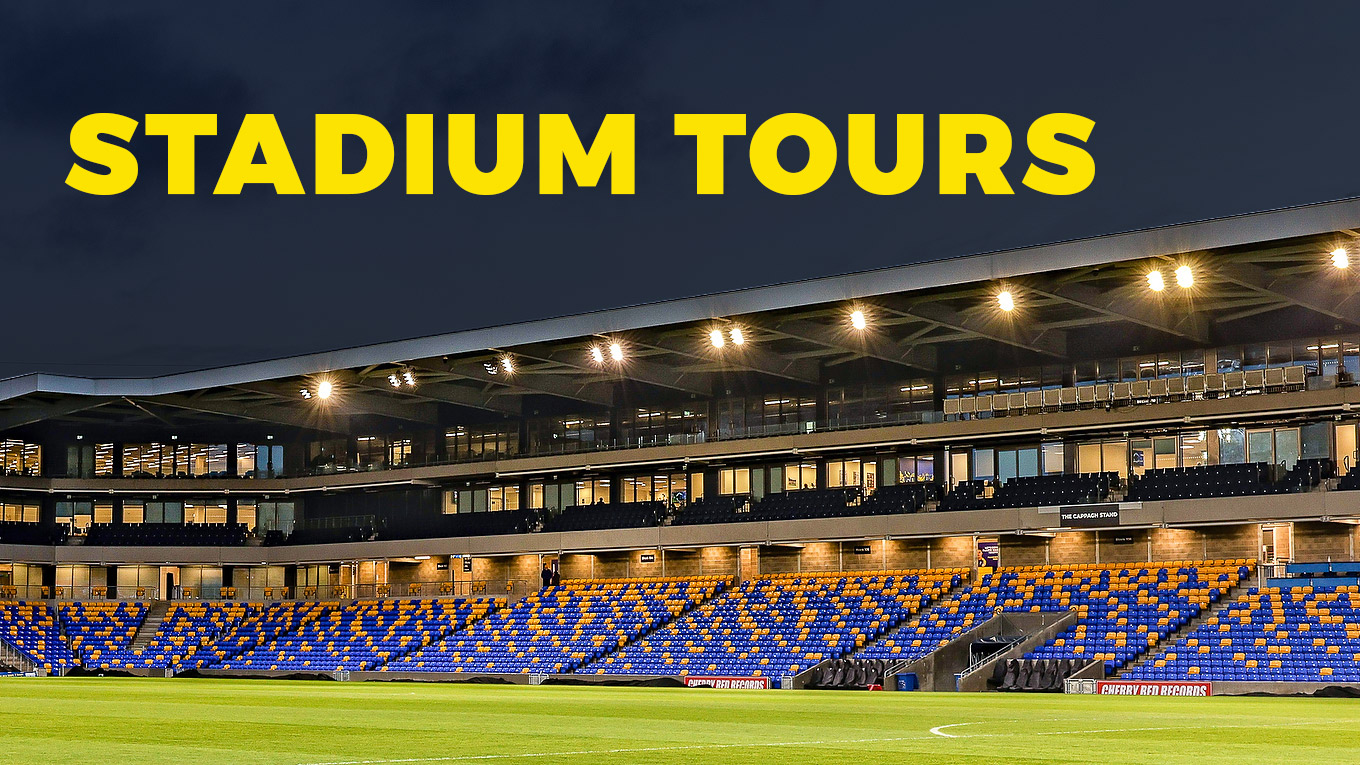 Come along to our fantastic new stadium and hear all about the remarkable story of a club that rose from the ashes to become a shining beacon for fan ownership.

Our stadium tours chronicle 133 years of wonderful Wimbledon history, starting when our predecessors first played a match at Wimbledon Common. The story moves on through the ages to the iconic 1988 FA Cup Final win, reforming as AFC Wimbledon and moving through the leagues again, before arguably the greatest achievement of them all - moving back to Plough Lane through a fans-funded campaign.

Tickets cost just £12 for adults, £10 for concessions (over 65s and students with valid ID), and £5 for Under-18s. We will be launching our first tour on Friday 25 March, so reserve a place now from our Stadium Tours booking page. For any queries, please e-mail shop@afcwimbledon.co.uk . For private group bookings, e-mail Bal.Srai@afcwimbledon.ltd.uk .

Delivered by WiSH (Wimbledon in Sporting History), we have seven fantastic tour guides, including our former Chief Executive Erik Samuelson.

"When I heard we were looking for stadium tour guides, I thought I'd offer to help," said Erik. "Even though I retired as CEO in 2019, I am still well placed to talk about the genesis of AFC Wimbledon and how the stadium project came to fruition. I can talk about things that went on behind the scenes, including some stories and gossip that I either forgot to, or didn’t dare, include in my book!"

Lasting approximately one hour, the tours start at the club shop, before taking in our fantastic amenities at the Cherry Red Records Stadium.

The tours progress into the changing rooms (not on a matchday tour), players' tunnel, and dugouts, providing a taste of what a matchday is really like at AFC Wimbledon. After moving pitch side, our tour guides will take you in front of the West Stand, before progressing to the South Stand, and taking you towards the investor wall - including the names of all those who contributed to the stadium crowdfunding campaign. There's then an opportunity to end your tour by visiting 'The Greatest Story' exhibition.

The museum is the home of a unique range of football memorabilia, including medals, trophies, and photos from the following:

Book your place for a unique tour that's well worth an hour of your time!