AFC Wimbledon's second-half fightback proved to be in vain this afternoon with hosts Portsmouth just doing enough to earn victory.

The Dons showed plenty of character to battle back and equalise through Joe Pigott in the 62nd minute, but a goal from John Marquis proved decisive in a 2-1 win for Portsmouth. In an eventful second-half, Scott Wagstaff was sent off for two yellow card offences after entering as a substitute. It was a much-improved display from Wimbledon after the break, but it just failed to yield a point to reward the great support from 836 travelling Dons.

Glyn Hodges made two changes to his line-up from the side that started the draw against Southend United 10 days ago. With Ryan Delaney having gone back to Rochdale after the expiration of his loan deal, Rod McDonald was recalled at the heart of defence. Anthony Hartigan was back in the side in central midfield with Jack Rudoni ruled out through injury. There was a familiar face in the Portsmouth side with former Dons loanee Steve Seddon making his debut at left-back.

Taking on a Portsmouth side in fine form, Wimbledon had a chance to upset the applecart by taking an early lead when a corner was swung in by Max Sanders and the ball found its way to Rod McDonald, but he fired wide. It didn’t take long though for Pompey to threaten and they had a half chance to make the breakthrough. Andy Cannon found space down the Portsmouth left and picked out Cameron McGeehan, but he shot wide of the target. The Dons were then put under a spell of pressure and McDonald was required to make a fine last-ditch header to stop a cross setting up a chance in the box.

The hosts took the lead in the 20th minute through a well-worked goal, though it was too easy from a Wimbledon perspective. It all started on the edge of the Portsmouth area when the hosts pounced on a slack pass by Shane McLoughlin. A quick break ended with Cannon running through the middle unchallenged, before picking out Marcus Harness on the Portsmouth right and he finished emphatically with a good angled drive.

At this stage, Wimbledon had to ensure that no further damage was done. Seddon put over a good cross from the left that found Ellis Harrison, but his header was saved by Nathan Trott. Just after the half hour, Harness fancied his chances of scoring again, but this time he shot over the crossbar. Wimbledon managed to get a good foothold on possession in midfield with Max Sanders, in particular, getting on the ball, but it was proving difficult to create anything of note. Portsmouth seemed content to allow Wimbledon to have the ball and hit on the break, having earned the lead before the midway point of the first-half. There was bad news for Wimbledon in the 33rd minute with Marcus Forss hobbling off injured and he had to be helped off by Wimbledon’s medical team. Mitch Pinnock was the man chosen to replace him.

Though Portsmouth failed to add to their lead before half-time, much more was required from a Wimbledon perspective in the second-half as Pompey keeper Alex Bass had not been tested. While it remained 1-0, Wimbledon were still in this game, but Ronan Curtis threatened to increase the home advantage. Latching onto a pass by Ellis Harrison, the in-form marksman powered through the middle, before unleashing a shot that was deflected over the crossbar.

The Dons were gradually starting to come into this game though as the second-half wore on and there was another chance for McDonald, who shot just wide after latching onto a well delivered corner by Pinnock. There was no reprieve for Portsmouth in the 62nd minute though as Wimbledon equalised through a well-worked goal. Pinnock found space on the left and sent over a lovely cross that picked out Joe Pigott, who made no mistake with a smart finish from close-range. It was a completely different game now, as belief in the Wimbledon ranks grew. Nesta Guinness-Walker produced a fine run down the left, before sending over a cross that picked out Pigott, but his header from an acute angle was gathered by Bass.

With 20 minutes left, Scott Wagstaff entered the fray, the experienced utility player making a welcome return after missing over a month of league action. Shane McLoughlin was withdrawn after taking a whack in the face that left him concussed. Following the equaliser, Portsmouth responded by piling more men forward, but Wimbledon appeared to be coping well. However, the hosts were back in front in the 79th minute. A ball was curled in from the Portsmouth left and former Doncaster Rovers striker John Marquis was left with too much time to steer home from close-range.

It was a tough one to take for Wimbledon after a good second-half fightback and the task was made even harder when Wagstaff was sent off in the 84th minute for a second bookable offence, the midfielder having only entered the action 14 minutes earlier. Pigott struck a long-range shot over the crossbar and Wimbledon fought valiantly for another equaliser with 10 men, but Portsmouth held on for a narrow victory.

There's been high demand to join the Wimbledon travelling army at Fratton Park on Saturday with over 700 tickets sold.

We remind supporters that this match is all-ticket and no tickets will be available to pay on the day. You can buy now from our online ticket shop  until 3.00 pm on Friday and collect at Fratton Park before the game. The ticket collection point is the main reception on Carisbrooke Road.

We've had great support at Portsmouth over the years and more of the same will be greatly appreciated on Saturday, as The Dons seek a third away league win this season.

Supporters travelling to the game by train should be aware that engineering work will be taking place on Saturday. The London Waterloo to Clapham Junction, Wimbledon and Surbiton, Ascot to Reading and Portsmouth areas, will be affected. You will be able to get from the London area to Fratton, but your journey will take longer, so please allow extra time to get to the game. For more information, please see the South Western Railway website .

Our fans will be accommodated in the covered and seated Milton End with the following prices:

Wheelchair users should contact the Portsmouth ticket office in advance on 03456 461898 to purchase wheelchair-and-carer tickets (none will be sold on the day). Prices: wheelchair users (all ages) £14, Ambulant adults £15, Ambulant juniors £10. Carers are admitted free of charge provided the disabled supporter is in receipt of the highest rate of DLA, proof of which is required. Wheelchair and carer spaces are located in the home wheelchair section, in front of the home fans.

The supporters’ coach will leave from opposite South Wimbledon tube station at 11.00 am and from the Cherry Red Records Stadium at 11.30 am. The price is £22, and places on the coach can be reserved by contacting the club office on 020 8547 3528. 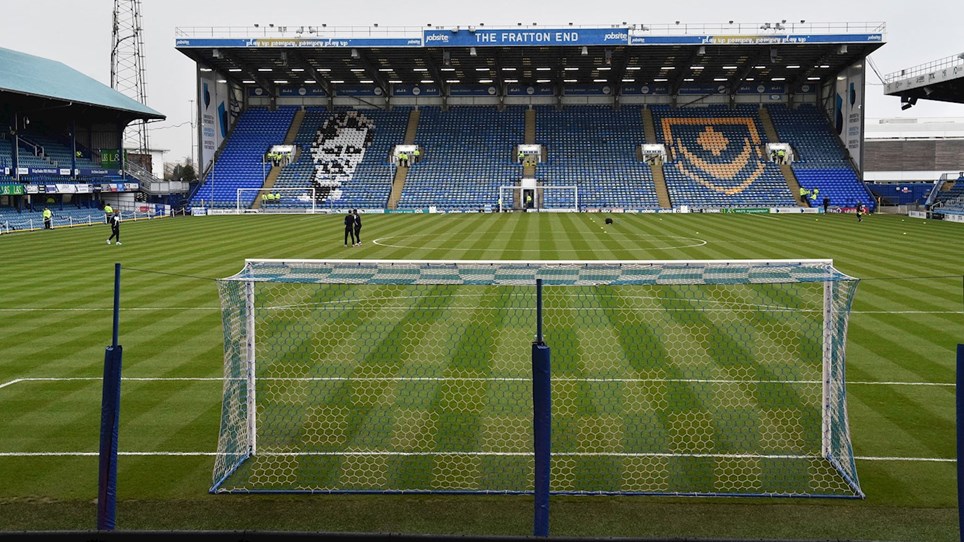 Next up: Portsmouth away is all-ticket


AFC Wimbledon will be aiming for a first victory this year on Saturday - and there's still time to get your ticket for the big match at Fratton Park. 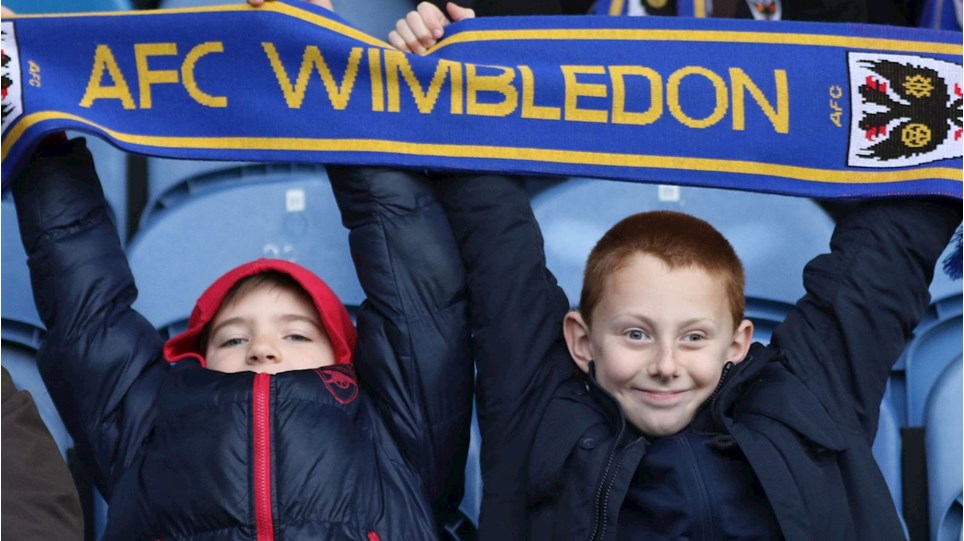 All-ticket match: Show your support for The Dons at Fratton Park


AFC Wimbledon resume the League One campaign at Portsmouth on Saturday (3.00 pm kick-off) and you must purchase a ticket in advance to cheer on The Dons for this fixture.

Wimbledon's next league match at Portsmouth is all-ticket


AFC Wimbledon are at Fratton Park for a League One match against Portsmouth on Saturday 11 January (3.00 pm kick-off) and this game is all-ticket.