We are delighted to announce that Matthew Cox has committed his future to AFC Wimbledon.

Matthew’s impressive rise through the Dons academy ranks resulted in his England Under-17 debut against Ukraine in February, therefore attracting interest from elsewhere. However, Matthew, who lives locally in Chessington, decided that Wimbledon was the place where he wanted to continue his development and he signed a pro deal on his 17th birthday.

After signing for Chelsea at the age of eight, Matthew left the Premier League club when he was 14, before joining our Under-15 squad and making significant progress. Our Chief Executive Joe Palmer visited Matthew’s home today to congratulate our young keeper and his family on the news and to wish him a happy birthday. Joe took a selfie with Matthew and his family, making sure that he obeyed social distancing measures! 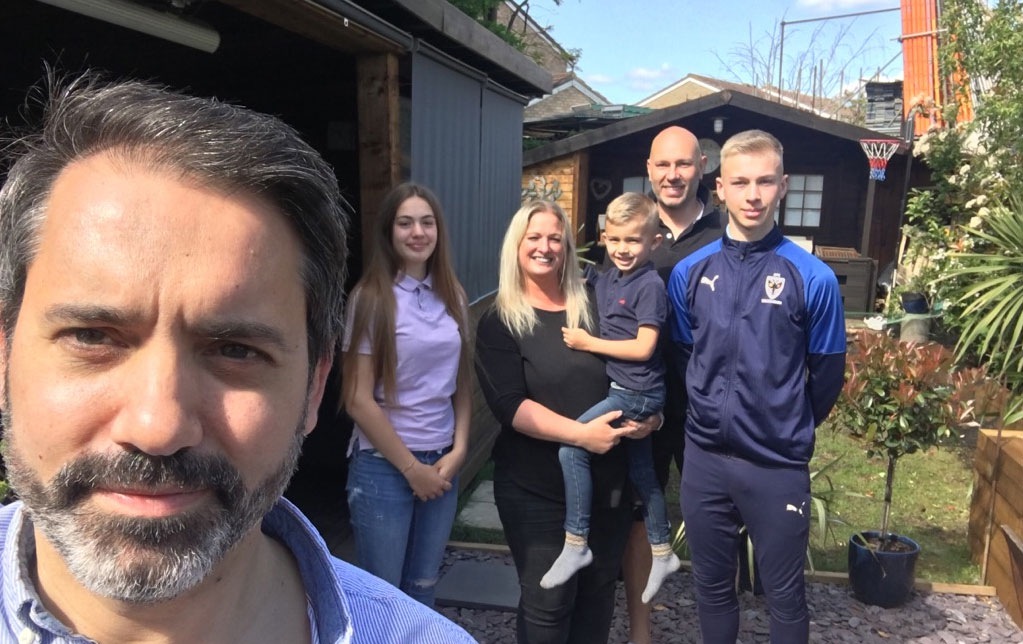 Our Academy Manager Michael Hamilton believes that Matthew has a bright future in the game.

“Ever since ‘Coxy’ signed with us, we viewed him as having a chance of progressing because he has always been very strong technically," said Michael. "However, in the last 18 months or so, that potential has accelerated as it seems Coxy has really started to combine this talent with real focus and dedication.

“On the pitch, he has had some real strong performances, and his call-up to the England squad was no real surprise to us, as we knew they were watching him. What sometimes is understated in a player’s progression is the parents and family that support a talent, and I want to say a massive congratulations to his Mum and Dad (Mark and Anna-Lisa). Their support and guidance since Matt joined us has been brilliant. To give an example, at Matthew’s development review we started talking about his education at Southfields, but we moved on to football and his Dad pulled us back because he wasn’t happy with something he had heard! All that Mark was focused on was Matt's application and discipline. Many people don’t realise that these off-field habits do transfer to the pitch.”

Glyn Hodges said: “I am delighted we have been able to secure another quality young player. Matt has been training with the first-team squad for a while now and he has done very well. It is great that England have recognised his progress. If he keeps working hard and pushing himself, I feel he has a bright future ahead of him.”

Our First-team Goalkeeper Coach Ashley Bayes added: “I am delighted that Coxy has agreed to sign his first professional contract and I look forward to continuing to work with him, so that we can push him on again in the next few years. Happy birthday young man.”

Under-18s manager Rob Tuvey spoke of his pride after playing a part in Matthew’s development since he joined at the age of 15.

“We have seen him develop into a fantastic player and person throughout his time with us. For me, this is no coincidence. ‘Coxy’ is always, without doubt, the first player in every morning to do extra gym sessions, or in the office watching clips of his game to make improvements. We cannot be prouder of Coxy, but now is only the beginning of him starting out on what we hope will be a successful career.”

Keep an eye out on our social media channels and on the official website for an interview with Matthew.