Following three eventful spells at AFC Wimbledon, Callum Kennedy joked that he may ask if he can make it number four by coming back for pre-season!

While it is certainly not beyond the realms of possibility as Callum has only just turned 30, the left-back signed in March for National League South side Dorking Wanderers and he is also pursuing other career options.

Whatever the future holds for Callum, his place in Wimbledon history is assured after playing a vital part in our 2016 play-off success at Wembley, including setting up Lyle Taylor’s opening goal.

We caught up with Callum for a chat about those glory days and he summed up what that day at Wembley meant to him after a traumatic season that including the death of his father Barry. As well as having to deal with that grief, Callum also had to overcome the disappointment of being released by the club at the end of his first season here.

“When I got released by Wimbledon the first time I realised I had nothing to lose,” recalled Callum. “I had been my own worst enemy and my mindset at the time was the stumbling block. When I first joined Wimbledon I had the potential to be a half decent player at times, but it was nowhere near enough, and I probably didn’t have the mentality required to produce consistent performances week in and week out. I wasn’t performing at the levels I was capable of. I would quite often play a good game and then a terrible game.

“I had enjoyed success with Swindon as a young player by earning promotion and I had gone up to Scunthorpe for a season, but when I first signed for Wimbledon I was worried about what would happen to me if I didn’t make it. I was thinking that I might struggle to stay in professional football if things did not go well at Wimbledon. At the time, I couldn’t cope with the pressure I was putting on myself. At times, it was making me perform worse. I was playing within myself and trying to make sure I didn’t have a bad game. I wasn’t expressing what I could do on the pitch. It was the opposite of playing without having a care in the world.

“That summer I started to focus on ways that I could get better and it was the first time I had ever really focused on my weaknesses. I started to try and do something about the things that I wasn’t very good at and when I did that I realised how much I could improve. After focusing on my weaknesses and getting better at them my confidence increased. I knew that when I got a chance I was going to have the right mentality to take it and that’s what happened in the promotion season. That season when I was out of the team was when I was working on the weak aspects of my game and trying to push myself mentally.” 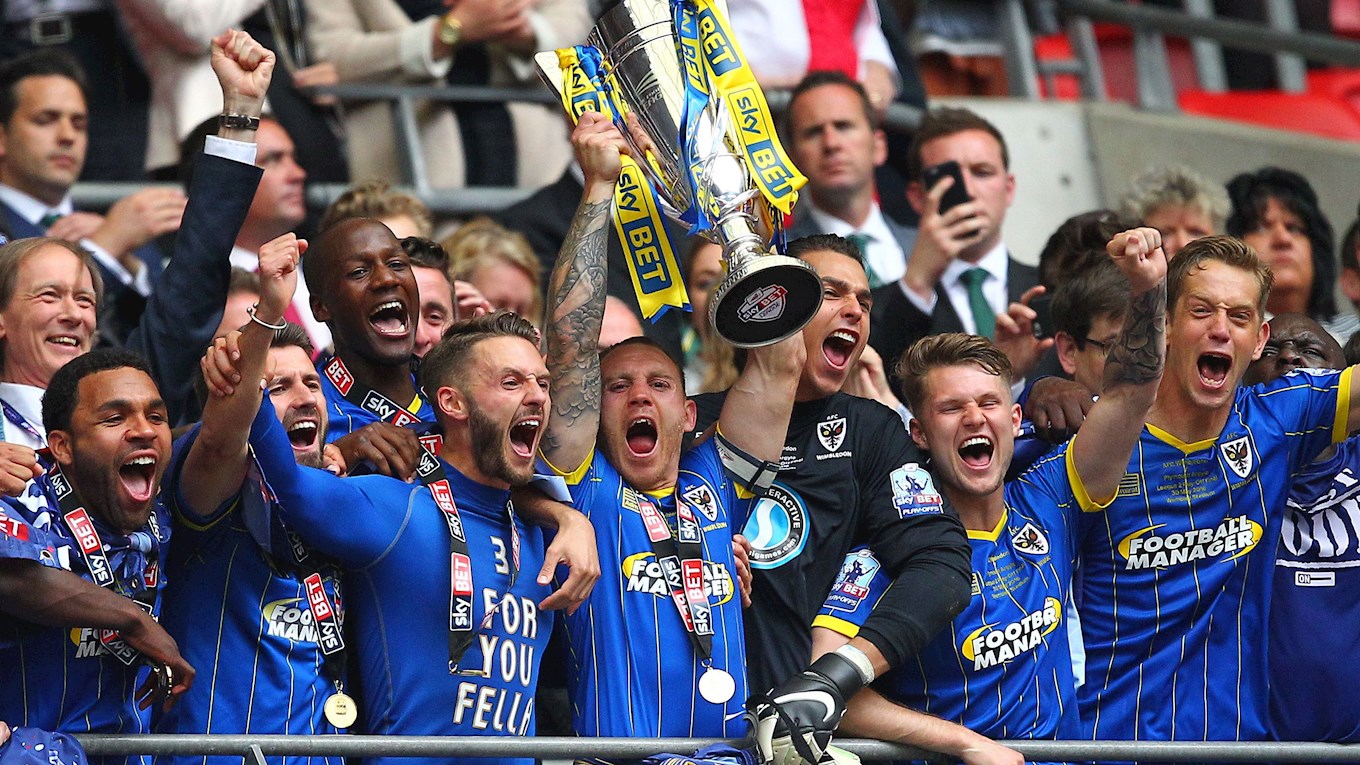 The ultimate reward for bouncing back from real low points, both from a professional and person sense, came at Wembley on 30 May 2016 and he remembers the events of that season vividly.

“It was a rollercoaster for me and that spell of leaving and coming back changed me as a person," added Callum. "I lost my Dad early in the play-off season, so it was a very tough time, but I learned the most I’ve ever learned about myself. It shaped me as a person and made me the person that I am today.

“It just came out of nowhere with my Dad. He was a healthy 54-year-old man, who still played football and there was nothing wrong with him whatsoever. He had barely ever been to the doctor’s and seemed to be fit for his age. He thought he had hurt his rib, so he went for an X-ray, and it showed that he had a cancerous tumour. It ravaged his whole body in a fortnight to three weeks. He went from being completely fit and able to passing away in just five or six weeks. I wouldn’t wish it upon anyone, but at the same time it did give us some time with him. Without being too deep, I met my Dad a bit later in life and I was hoping that I would have more time to develop that relationship, but during those final weeks I was able to have conversations with him that I hadn’t had previously. Those conversations meant a lot to me and it gave me that fire in my belly for the rest of that season and the rest of my life really. I can look forward now. I have my own son Kai, and my partner is expecting another baby, so I don’t want to waste any time in my life.

“Maybe I had a bit of extra grit to achieve something that season. The manager, Coxy, and Bass, were amazing with me. I cannot thank them enough for the care and support that they provided during that time and the squad of players were so good to me in that situation. There was a special bond between us in terms of the way we pushed each other on to do better. There was something special in the air that season. Every time you walked into the training ground you felt alive and you wanted to get to work, you wanted to help each other to progress. That obviously transferred onto the pitch: what we did on a daily basis in training helped us to win games on a regular basis.”

Callum recalled his emotions when that final whistle sounded at Wembley, a mixture of joy at accomplishing something he had dreamed of since he was a child, and the grief of losing his father just months earlier.

“When the referee blew the whistle it was just probably a release of what had gone on during the previous three years, that whole journey," recalled Callum. "I had been through the dark days of my Dad passing away and I had times when I didn’t think I could do my job. I had gone through moments when I didn’t think I could carry on with football and I doubted whether I was good enough, but then came the final whistle at Wembley and the realisation I had achieved something I always dreamed of as a kid. I also thought of my Dad and I remember crying my eyes out, it was an overflow of emotion. George Francomb ran over to me and he knew what it was all about. I gave a wave to my family in the crowd and the tears subsided. It just turned to absolute elation and happiness. It was just the happiest moment ever. It was party time after that and it was a great feeling to be knowing that I would be going to Las Vegas with the lads the next day.”

Asked about the next step in his football career, Callum joked: “I might even ask if I can come back in pre-season! Let’s make it fourth time lucky! Who knows what can happen? I’m not at that point though of trying to put my names out there to league clubs, going on trial and trying to prove myself in pre-season. I’m signed to Dorking for next season, a club that are very ambitious, and I’m happy with that. Hopefully, I can have a good season with them and see what happens after that.”

Look out later in the week for more from Callum on that memorable day at Wembley, his life since leaving Wimbledon in 2018, and his plans for after football.