Fans of the Dons will know how their York City counterparts are feeling at present, writes Stephen Crabtree.

After waiting so long for a new home they face missing the historic first match at The LNER Community Stadium due to lockdown. No doubt excitement is mixed with sadness that they will never again see a game at Bootham Crescent, the Minstermen's ground of 89 years was finally closed this week.

As well as being a much looked forward to trip to a beautiful historic city for travelling fans, it was generally a happy hunting ground for Wimbledon teams down the years. First visiting in the spring of 1978, the Dons sides that secured promotions in 1979, 1981 and 1983 all won at Bootham Crescent on their way to Division Three.

After a gap of more than 25 years, when AFC Wimbledon reached the summit of the non-league game in 2009, York City were one of the Blue Square Conference big boys and beat the Dons 5-0 and 4-1 in successive seasons. But it was Terry Brown’s team who made it back into the Football League first in 2011 with the Yorkshire side following 12 month later.

The Dons were to resume their dominance as the sides met each other at League 2 level in four successive seasons from 2012 onwards. As well as securing four league wins, Neal Ardley twice saw his sides return from Bootham Crescent with a draw in the FA Cup before winning a Kingsmeadow replay. The last visit came in October 2015 when goals from Ade Azeez, Lyle Taylor and Tom Elliott gave Wimbledon a 3-1 win. Ade is shown above celebrating his goal with Dannie Bulman.

The clubs have gone in opposite directions since then with the curtain raiser at the new, purpose-built 8,500 stadium, which will be shared with rugby league side York City Knights, being a National League North fixture against Curzon Ashton due to be played on January 30. Meanwhile Bootham Crescent will be turned into housing – a sad end for a historic football venue.

The picture below shows full-back Steve Jones in action during a 1-0 win for Wimbledon at Bootham Crescent in March 1981 – it was the first match of a run of five 1-0 victories in six games that helped carry the Dons to promotion. 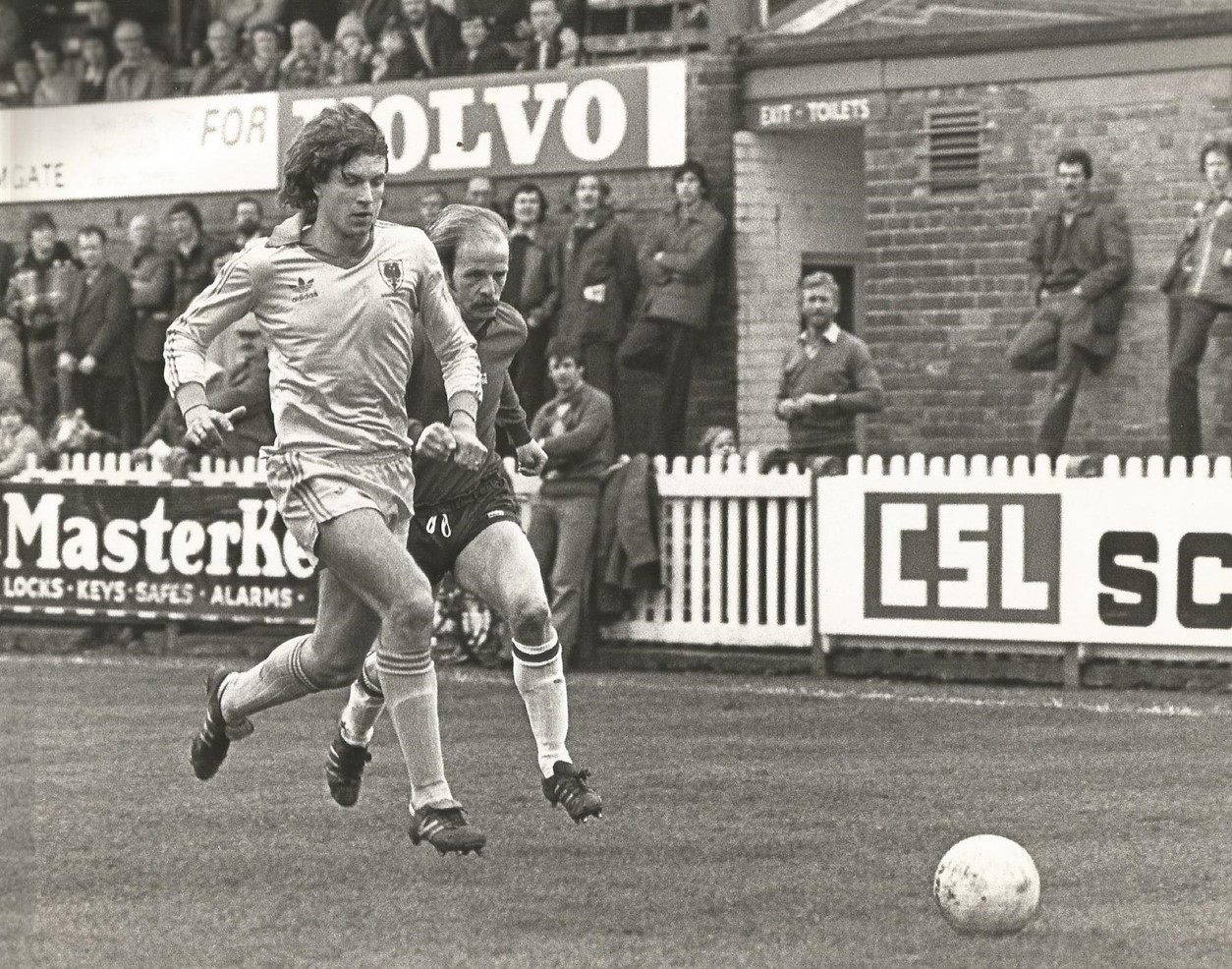