There was simply no stopping AFC Wimbledon in a fitness challenge to be the number one team in London!

The Dons entered five teams for ‘Race the Euros’ with 15 clubs from the capital competing to be the first to cover the 6,720 miles that separate all the Euro 2021 host cities. And our first squad crossed the finish line earlier this week after peddling outside Morrisons, Wimbledon, on a static bike!

AFC Wimbledon Foundation’s Community Development Manager Fiona Sutherland (pictured above), who took part in the event, said: ‘We are absolutely delighted to have finished the Race Europe challenge in first place – the hard work and commitment from the whole team has been second to none and we couldn’t be prouder. The whole event has been a real reflection of AFC Wimbledon’s community spirit, bringing together all sections of the club from players and staff to volunteers and fans.

“All funds raised will go towards supporting the Foundation’s work in the community to tackle loneliness, provide opportunities to young people, support schools with sporting provisions, and to help those who have been most affected by the Covid pandemic. We are so close to our fundraising target, so please consider donating if you can!”

So far, over £4,000 has been raised and you can donate by visiting the fundraising page.

Our teams for the event consisted of children from our academy, representatives from the women’s section, members of Dons Local Action group, and club staff.

Each team had 23 players, who logged up miles by taking part in over 70 different activities such as running, swimming, cycling, football, workouts at home and walking (subject to government guidelines). Congratulations to all of those who earned victory for Wimbledon!

Below are interviews with two of the participants, who outlined why they entered and a bit about their love for AFC Wimbledon.

When did you first get involved with AFCW?

I took my son Tom along to see AFC Wimbledon at Kingsmeadow during the first season in 2002. We were both completely hooked from that first match and we have been season ticket holders ever since.

What is your favourite thing about the AFCW community?

One of the things that attracted me to this club was the friendly, welcoming atmosphere and the fact that it was run by the fans. I’ve made some good friends over the years and it really does feel like another family.

What is your favourite AFCW memory?

So many it’s hard to pick one. Like many people it could be either of the play-off finals but I’ll always remember my son being the mascot in 2007 when we beat Slough Town 9-0. I’m sure we all dream of seeing that score line again one day.

What motivated you to sign up to the Race Europe challenge?

I wanted to support the excellent work of the AFC Wimbledon Foundation, but also needed encouragement to get moving and improve my fitness! It’s great to be part of the team and as they say every little helps.

How did the challenge go?

It was tough on some days to get out and about, but we had such a supportive team of people that I wanted to do my bit. We really wanted to win!

What have you most enjoyed about the challenge?

I have really appreciated getting out into the fresh air, as I work as a psychotherapist and my work has to be online at the moment.   Sadly my mum died last Summer and  I often thought of her on my walks in local parks, as she loved wildlife and nature.

Did you have any personal goals for the challenge?

My personal goal was to walk at least 5k per day which might not seem much, but it was a challenge for me. I managed this and exceeded it on most days.

What are you most looking forward to coming out of lockdown? (AFCW related and personal life too!)

I really want to give my dad a big hug as it’s been a difficult year; and just see family and friends for a cuppa. Needless to say, I am desperate to see the new ground at Plough Lane, stand with my football friends and see a live match. COYD! 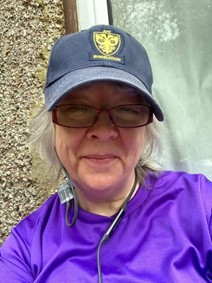 I’ve followed Wimbledon since 1986 when I went along with friends to see the Dons play at Plough Lane for the first time.  We were hooked from that day onwards. The atmosphere of a live game, as well as closeness to the pitch which resembled a mud bath and nonstop goal mouth action left us wanting more.

I’ve supported Wimbledon ever since and spent my Saturdays travelling to Plough Lane, then Selhurst Park to cheer on the Dons.  I remember fondly when we got to choose our seats in the new Holmesdale Stand, albeit with a tinge of sadness that it wasn’t at our own ground.  The anticipation of seeing the team run out in front of a full house at the new Plough Lane and sitting in my seat for the first time is something I cannot wait for.

My favourite memories are of Wimbledon winning the 1988 FA cup final, watching the first AFC Wimbledon game against Sutton United, promotion in 2016, and more recently celebrating the 4-2 win against West Ham in the FA Cup.

Having seen the online article stating there were spaces left to join the ‘Race Europe’ event, I was keen to get involved.  I saw this as an opportunity to represent the club I love and to raise money for the fantastic work that AFC Wimbledon Foundation do for the community.

We made the most of our team WhatsApp group and everyone drove each other on to new personal goals, and obviously the ultimate satisfaction of finishing top London team. 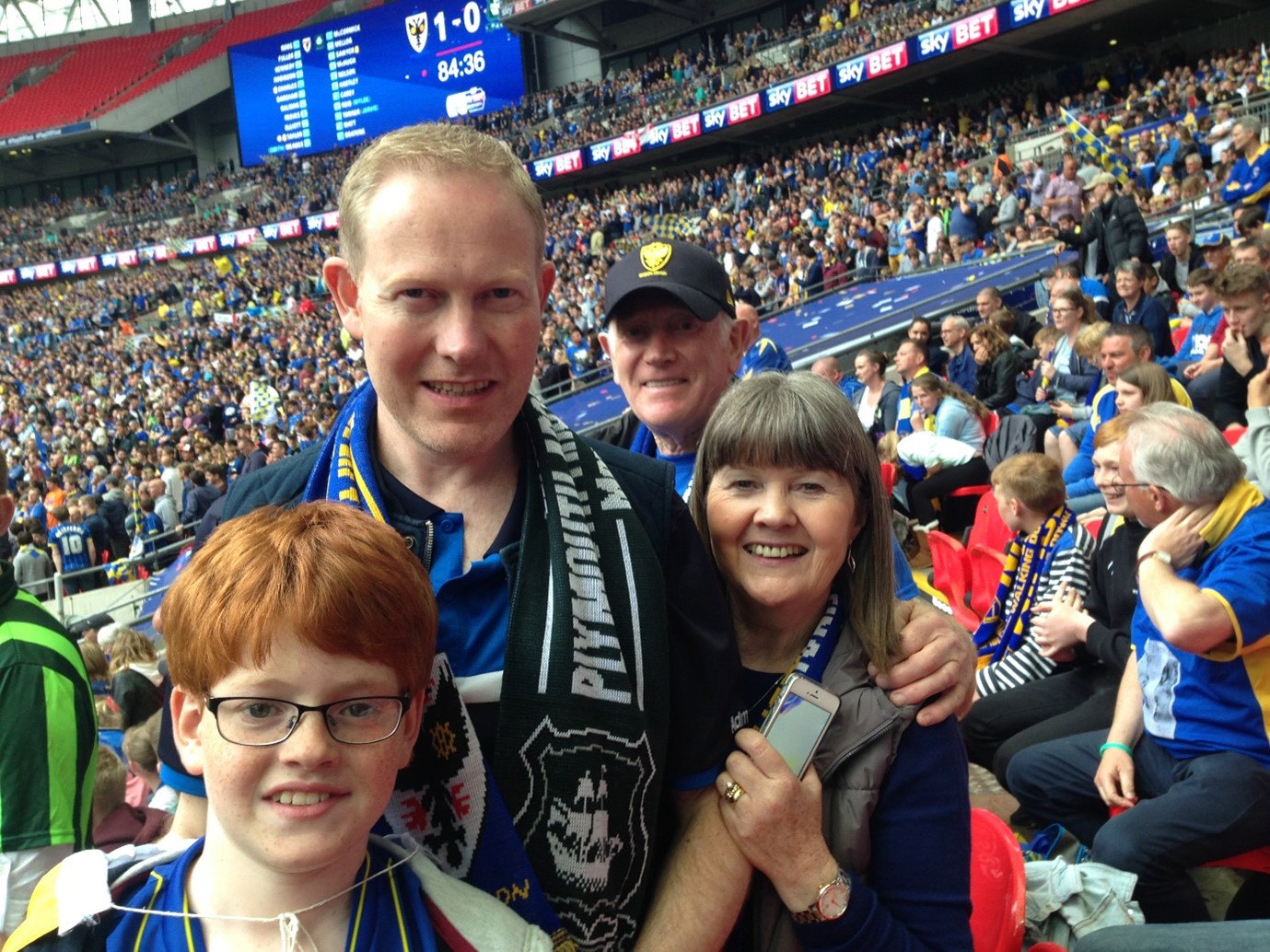