It wasn’t the match. It was the roar.

The crescendo of noise that welcomed our Head Coach Mark Robinson and his players as they emerged from the tunnel and stepped on to the Plough Lane pitch for the first time in front of a proper crowd.

Robbo and his squad responded, holding their hands high above their heads and applauding. The noise from the terraces must have felt like sweet music after a season of silence. Then a rainbow appeared from nowhere and everyone agreed that was a sign.

In that moment, it felt like the pain, the anguish and the relentless struggles of the past 30 years were erupting like a giant volcano. Two thousand fans had risen from their seats and their united voices instantly began to turn our brand-new stadium into a brand-new home at long last.

It had never felt right until that moment. To see rows and rows of empty yellow and blue seats wasn’t what we’d all imagined.

Our historic test event against Liverpool’s Under 23 side was never going to be about the game, although to welcome such illustrious opponents certainly enriched the occasion. To see their famous red colours on our pitch, and to score against them after only six minutes, felt even better.

Superficially, it was a means to an end; a match we had to stage in order to secure the precious safety certificates we need to prove we can safely host events at Plough Lane.

Emotionally, though, this was far, far more than a meaningless friendly. This was about letting the very people who had helped fund our new stadium actually experience it for the first time - instead of having to settle for glimpses of it on iFollow. 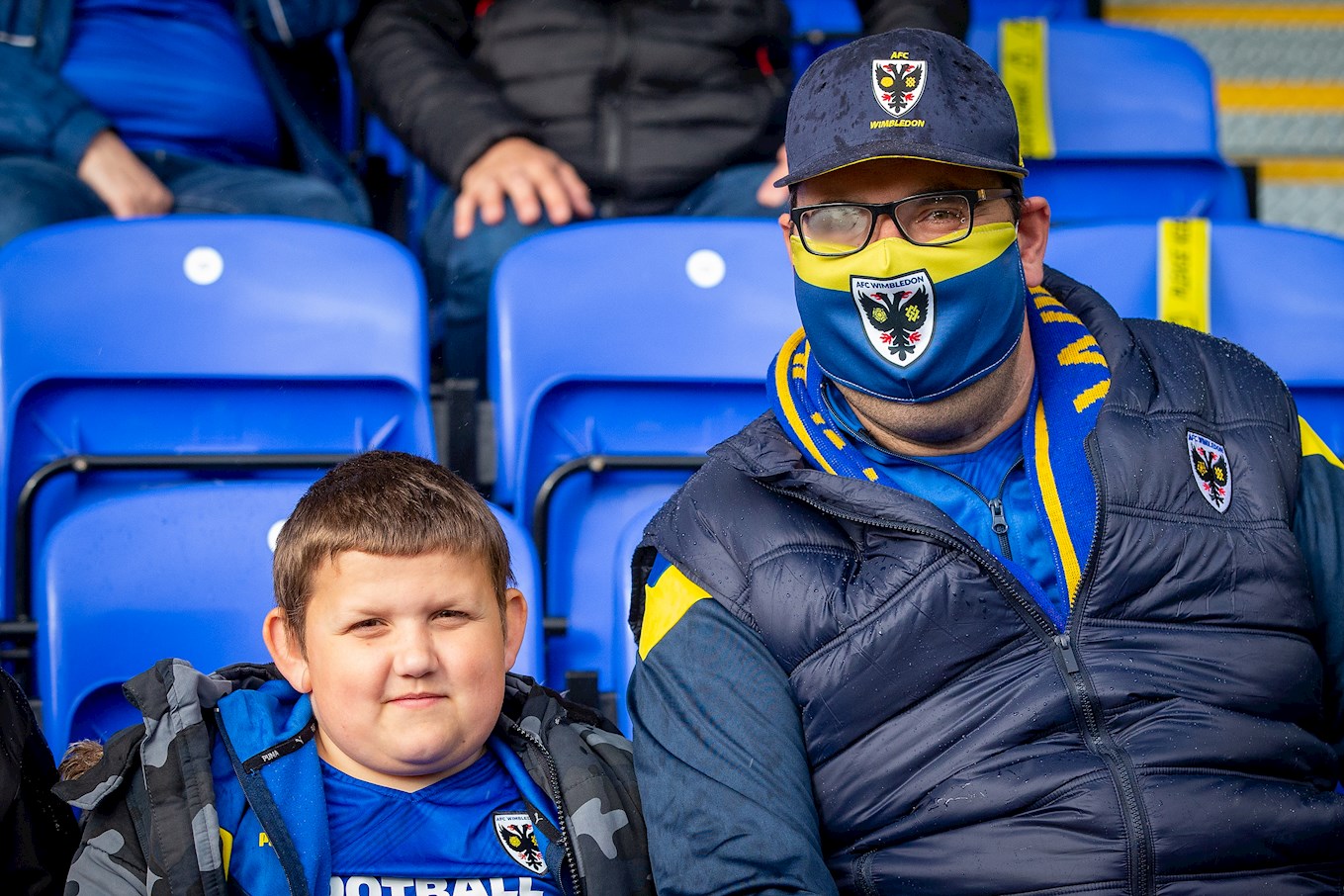 All those loyal supporters who had selflessly purchased non-refundable season tickets and debentures, knowing their chances of seeing a game this past season were pretty much non-existent. This was for them.

This was for all the mates and the mums and dads and their kids, and the brothers and sisters, and the grandads and grandmas, and the aunts and cousins and nephews and nieces - and all the lifelong supporters who missed the unique camaraderie and togetherness of being Wimbledon fans.

To see their faces and their smiles, and sense their joy - that’s what this was all about. We no longer had to say to each other ‘oh, it’ll be so much better when the fans are allowed in’. Suddenly the fans were in, right in front of us - and the difference was overwhelming. 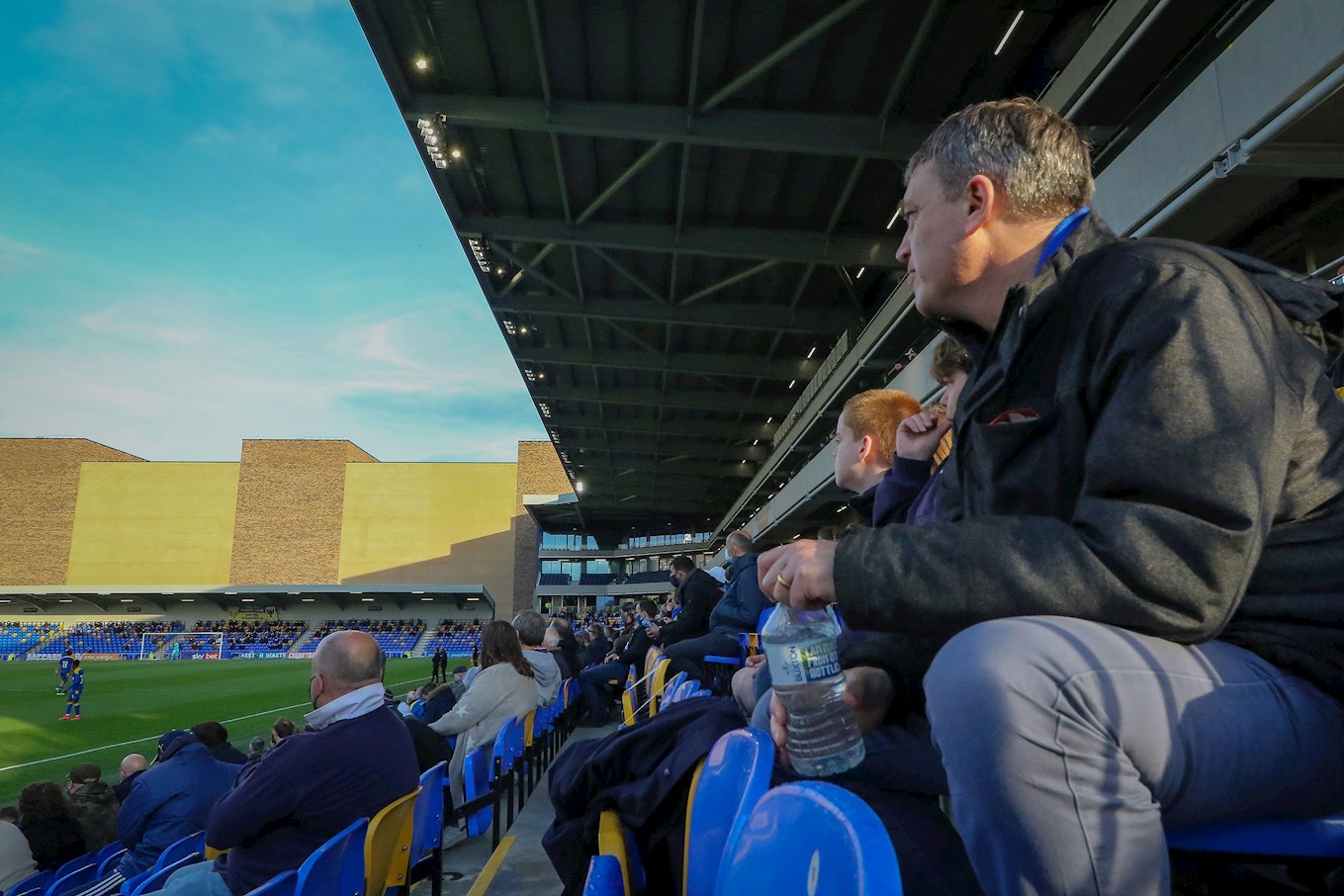 Every move was applauded, every Liverpool mis-kick cheered. The fans were here to enjoy themselves and to give us our first glimpse of just how wonderful our stadium is going to be when it’s full to capacity.

“It feels I’ve waited a lifetime for this moment,” said Philip Nathan, who first went to the original ground when he was a boy.

“I’ve only been here five minutes and it feels like home already,” added Hatty Kingsley-Miller, while Tony Purnell reflected on the days when he used to cover our club for the local Wimbledon newspaper.

“There’s barely a goal kick between the sites of the old and new grounds and yet they are light years apart,” he said. “I can’t believe how magnificent our new home looks. It shows just how far we have come as a club.”

Toby Trotman also compared old with the new. “This feels like another world compared to Kingsmeadow and the original Plough Lane. Never let anyone tell you fans can’t run a football club. This is a statement that highlights the force of fan power.”

Alice Dunnett, 87, sat with her husband Sid. As she looked out across the pitch, and took in the splendour of her new surroundings, she said: “Wonderful, wonderful. I first stepped into Plough Lane 30 years ago. My dream was to come back here one day but I never thought I’d live long enough to see this day. My wish has been granted.”

Keiron O’Brien, however, had a more basic view. After years of enduring the notorious toilets at the old Plough Lane, he commented: “Compared to those, this is five-star luxury!”

Despite a spirited performance from the Dons, history will record the final score was 3-1 to the visitors. There was a farewell goal by Callum Reilly to celebrate in the sixth minute, the midfielder netting with a clinical finish from close-range after Liverpool appeals for offside had fallen on deaf ears. The visitors equalised in the 21st minute through Joe Hardy, and it was 2-1 to Liverpool eight minutes later when 16-year-old talent Kaide Gordon fired home. Gordon underlined his rich potential with another fine finish in the 47th minute, and that’s the way it finished.

Nobody really cared and nobody was counting. History wasn’t telling the proper story.

That was written across the faces of our fans as they left Plough Lane to make their journeys home. That was in the stories they started sharing in the pubs afterwards and what they told their families when they got back.

Quite simply, AFC Wimbledon v Liverpool Under 23s was one of the most magical utterly-meaningless football matches we have ever had the privilege to stage. A match every single one of those 2,000 lucky fans will spend their lifetimes saying: ‘I was there’. 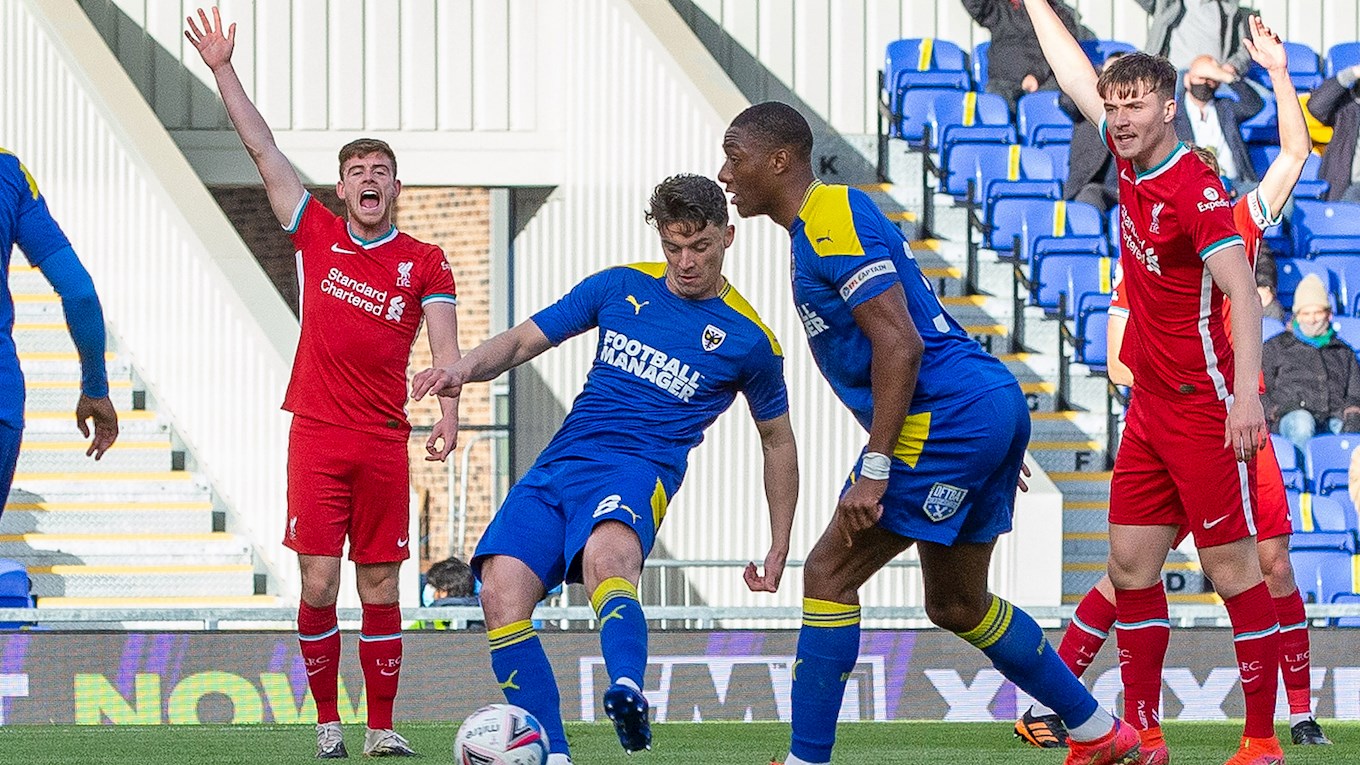